He won overwhelmingly in the previous municipal elections in 2014 and 2018 on Davis’s slate. However, La Pelusa has been on the city council since before Davis, having previously served the Third Ward under Mayors Joe Doria, Terrence Malloy, and Mark Smith.

“Serving alongside Mayor Davis, I’m proud of the progress we’re making in Bayonne and the fact that we are consistently improving our city services while keeping property taxes stable, especially during these challenging economic times,” said La Pelusa. “Bayonne’s future is bright and I believe that we need to continue moving forward with Mayor Davis’ leadership, so I’m proud to once again run on his team.”

In Bayonne, La Pelusa is known as a family man and regarded as a community leader who always strives to do what he believes is best for residents. On the Bayonne City Council, he often takes his own independent approach, consistently taking a stand against some of the lengthier payments-in-lieu-of-taxes (PILOT) agreements.

In addition to being an elected official, La Pelusa is the Manager of Hudson County Parks and Grounds. More recently, he also became the Director of the Landscaping Division as he renovated the gardens in Stephen Gregg Park in memory of his late wife Cherie who passed away from COVID-19.

La Pelusa has been the owner of Gary La Pelusa Landscaping Co. for many decades. He is also the founder of the Gary La Pelusa Association, a nonprofit aiming to inform the public, create a better quality of life, help others in need, and recognize deserving individuals for their work in the community. 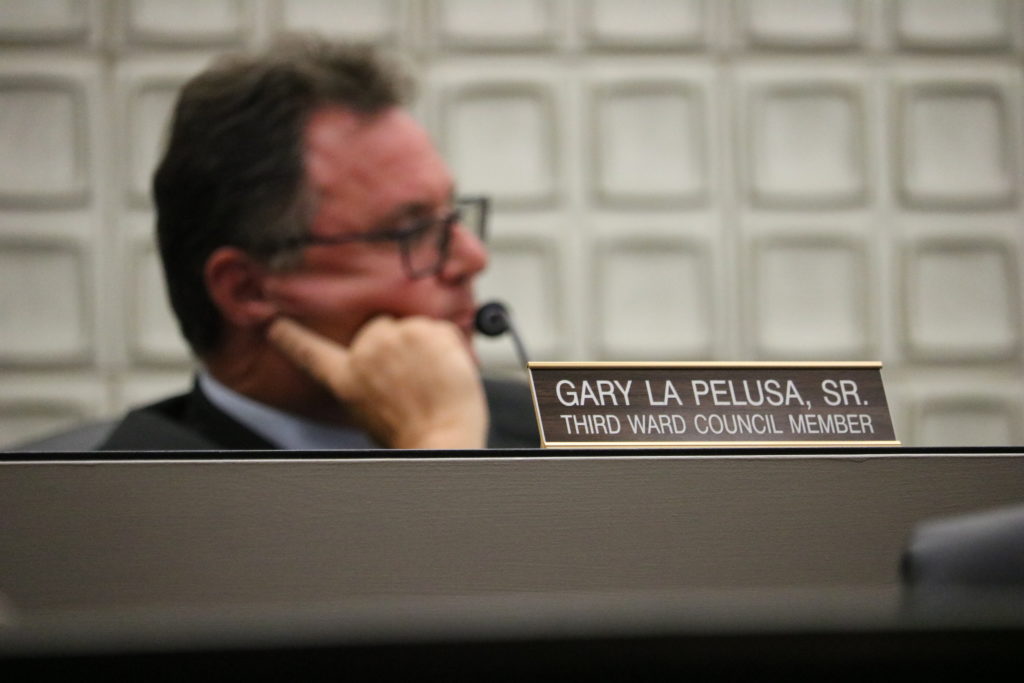 “Gary La Pelusa is one of the hardest working public servants Bayonne has ever seen and I’m excited to once again run with him on our team,” said Davis. “We’ve worked together to move our city forward and make progress in so many key areas, but there is more that must be done and there is no one I would rather work with to deliver for the people than Councilman La Pelusa.”

Mayor Davis officially announced his reelection campaign earlier this week. According to his campaign, he will be rolling out additional members of his slate as well as endorsements and other news in the coming weeks. Davis faces a challenge in the mayoral contest from City Council President Sharon Ashe-Nadrowski, who has yet to announce a council slate.

The Third Ward includes the area from the north side of 32nd Street to the city line. The municipal elections will be held on May 10.