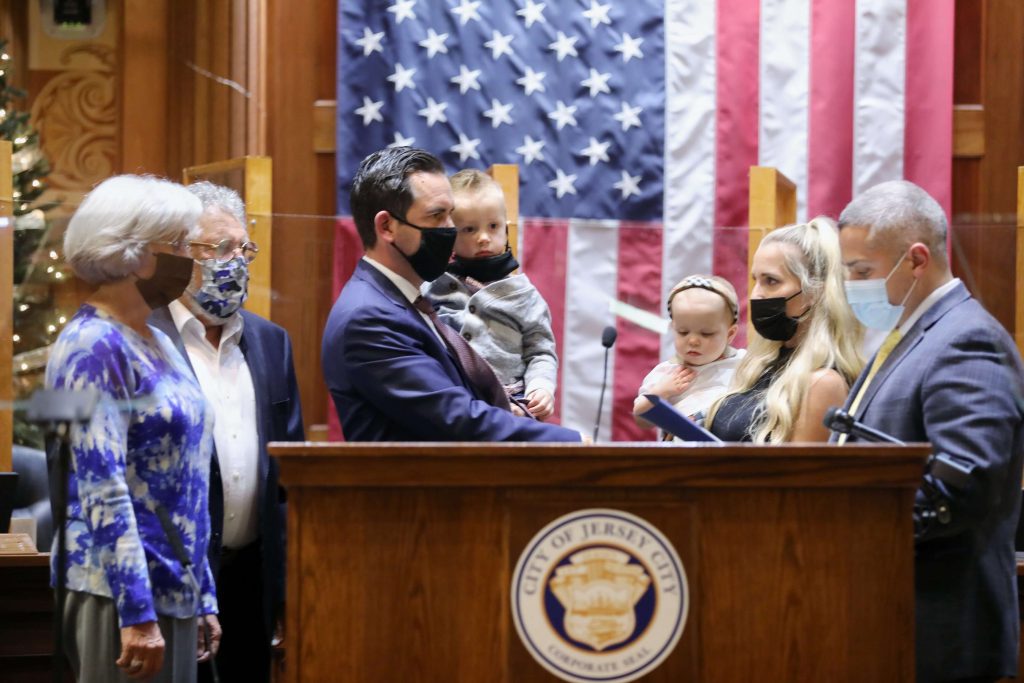 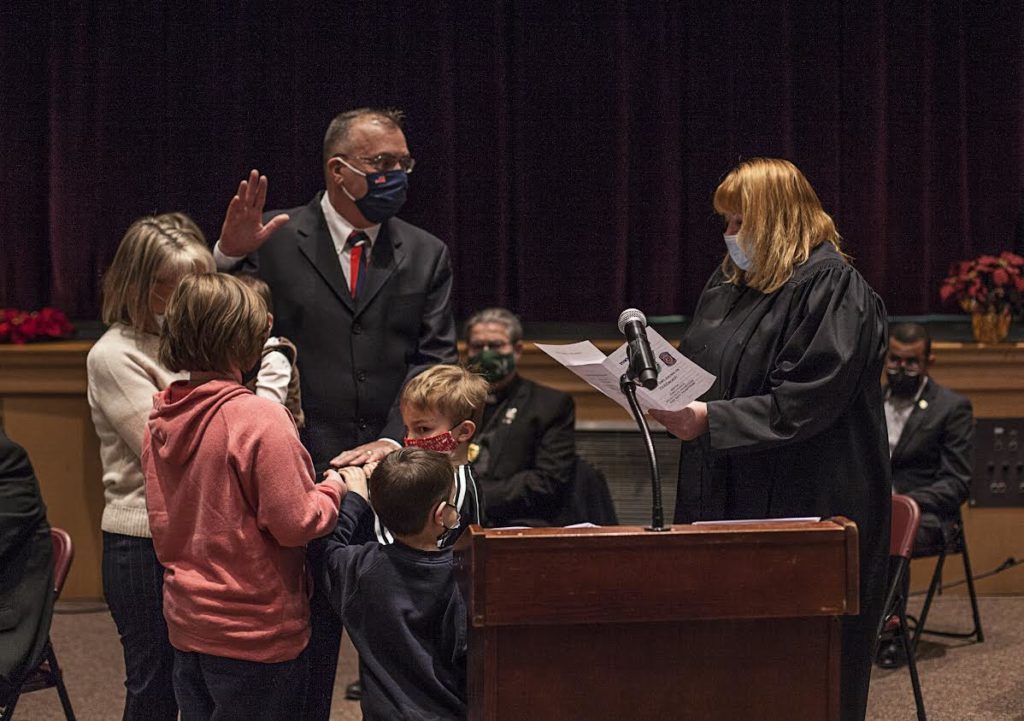 2 / 2
Mayor Michael Gonnelli is sworn in for a fourth term.
× 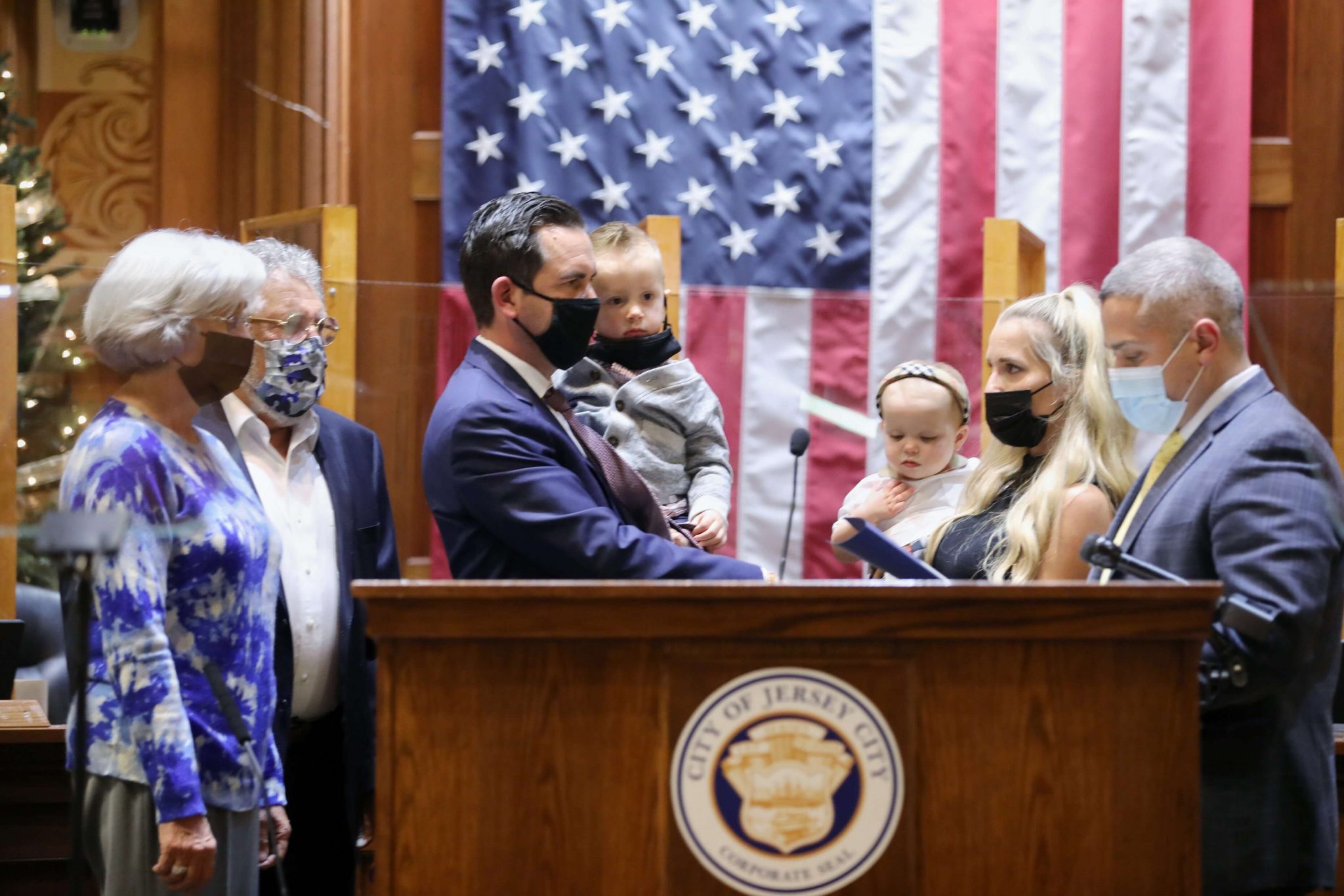 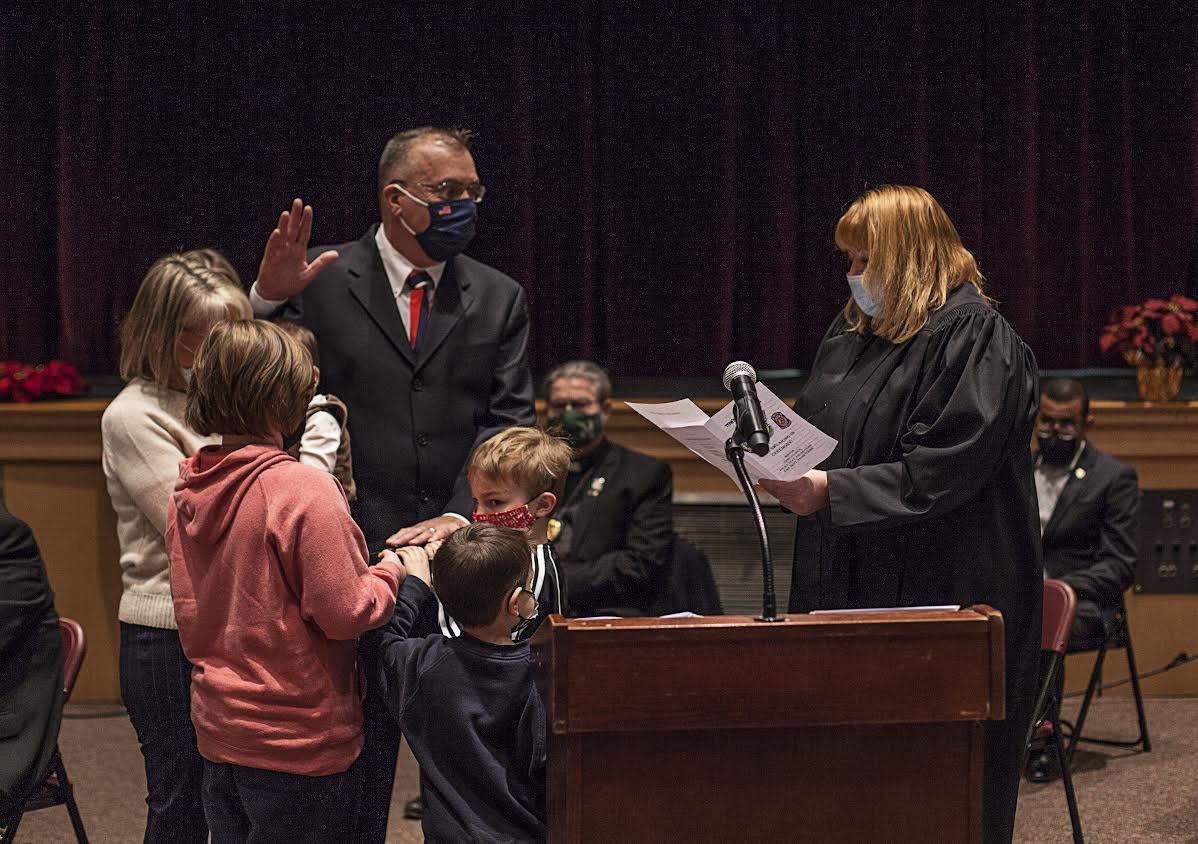 2 / 2
Mayor Michael Gonnelli is sworn in for a fourth term.

Jersey City Mayor Steve Fulop was sworn in for a third term on New Year’s Day, as well as all nine members of the City Council for their new terms. The new councilmembers sworn in were Amy DeGise and Frank Gilmore.

The council unanimously voted to appoint Joyce Watterman for her second term as Council President, as well as voting to appoint Daniel Rivera as president pro tempore.

Hoboken Mayor Ravi Bhalla was sworn in for his second term on New Year’s Day, along with three city councilmembers for their new terms. Joe Quintero became the newest member of the City Council to be sworn in after being elected in 2021.

Vaccines and boosters are also available free at the boat house at 5 Lakeside Drive South in the park by the traffic circle. Hours are 2 to 7 p.m. Sunday through Tuesdays.

Free testing is available in the Bruin Stadium parking lot for walk-ups and drive-thru with no appointment necessary. Normal operating days are Mondays, Wednesdays, Thursday, and Sundays from noon to 6 p.m.

Jersey City schools will remain virtual from the week of Jan. 10 to 14, according to Deputy Superintendent Dr. Norma Fernandez. The school district went virtual the week before due to a rise in COVID-19 cases.

Jersey City has opened three rapid testing sites for COVID-19. They are located at the Maueen Colliers Senior Center at 335 Bergen Ave., the Joseph Connors Senior Center at 28 Paterson St., and the Moose Lodge at  60 West Side Ave. They will be open from 9 a.m. to 6 p.m. through at least Jan. 15.

Hoboken has asked the city’s residents to limit testing appointments for COVID-19 in city-run sites to twice a month due to a record demand for testing.

Jersey City police are investigating an attack at a Walgreens at 2395 John F. Kennedy Blvd on New Year’s Eve morning, where a 43-year-old male was assaulted by a person wielding an axe. The victim was taken to a hospital with non-life threatening injuries. The attacker is still at large.

Ferry service that runs from Liberty State Park to Ellis Island and Liberty Island has been suspended from Jan. 3 to March 12. The only way to reach the two landmarks for the time being are from Statue Cruises at Pier 6 in Battery Park in New York City.

Hoboken Board of Education reappoints leadership

The Hoboken Board of Education reappointed Trustee Sharyn Angley as Board President and Malani Cademartori as Vice President at their reorganization meeting on Jan. 4.