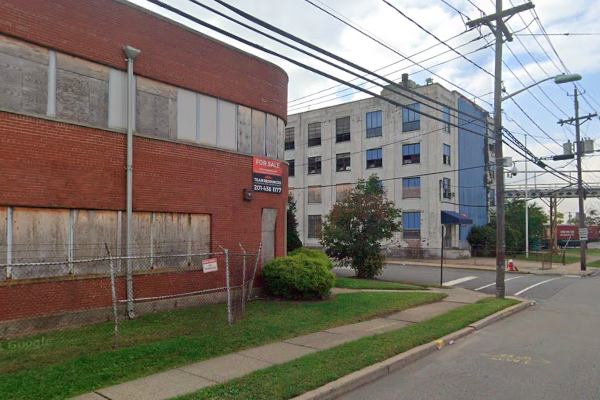 1 / 2
The two lots that will be the focus of the new Gamal Group East redevelopment plan. Image via Google Maps 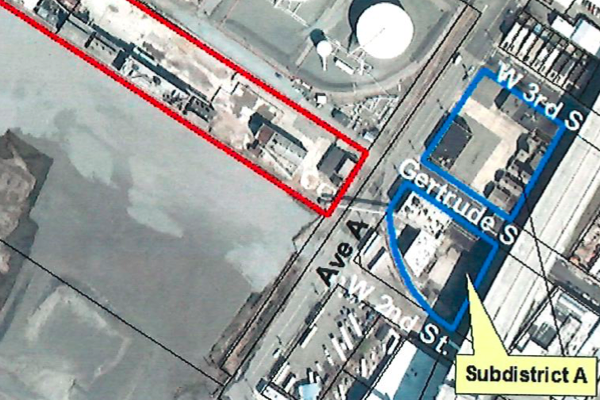 2 / 2
The lots outlined in blue, formerly part of Subdistrict A under the original redevelopment plan, are now part of a new plan.
×

1 / 2
The two lots that will be the focus of the new Gamal Group East redevelopment plan. Image via Google Maps

2 / 2
The lots outlined in blue, formerly part of Subdistrict A under the original redevelopment plan, are now part of a new plan.

The Bayonne Planning Board will hold a consistency review for the new redevelopment plan drawn up for the eastern portion of the Caschem site at 35 Avenue A. The review, which will presented to the board during its public hearing, is set for Jan. 11. The plan will be presented to the board by City Planner Suzanne Mack.

Mack previously told the Bayonne Community News that plan applies to two properties on the east side of Avenue A, between 2nd Street and 3rd Street and intersected by Gertrude Street. The new building height is capped at six stories.

At the December meeting of the City Council, Special Redevelopment Counsel John Wyciskala said the new plan was drawn up in early December and encompassed only part of the original redevelopment area dealing with two lots on the east side.

A maximum height of three and four stories that were allowed on the lots under the initial redevelopment plan and the original ordinance. But Wyciskala said the new redevelopment plan was prepared on Dec. 8, provides for a mix of residential and commercial uses, and increases the maximum allowable height to six stories or 75 feet.

Changes in line with redeveloper requests

The changes in the plan are in line with suggestions from the redeveloper when the original plan was before the Planning Board for approval. The Gamal Group had previously sought to increase the permitted height for buildings on the two lots on the east side of Avenue A, abutting the Bayonne Bridge.

When the original redevelopment plan was approved, the Gamal Group had claimed that its neighbor, Togus Urban Renewal, owner of the Texaco site seeking to construct a film studio, had not communicated its site plans for the site with them. The Gamal Group also alleged the limitation of the height of the properties it is seeking on this portion of the Caschem site was reduced at Togus’s request.

Now, it appears the Gamal Group is getting what it wants with the increase in height in the eastern portion. Additionally, now that Togus has an idea of what they want to do with the site, the city can now draw up a new redevelopment plan for the western side of the Caschem site that is more compatible with the planned film studio.

Meanwhile, there has not been any new movement regarding the active litigation filed by resident Robert Archibald to have a public hearing for the original Caschem redevelopment plan prior to the council taking any action on the new Gamal Group East redevelopment plan.

The council is slated to have its public hearing on the Gamal Group East redevelopment plan at its January meeting. The council will meet at 7 p.m. on Jan. 19 in the council chambers. For more information, go to bayonnenj.org.