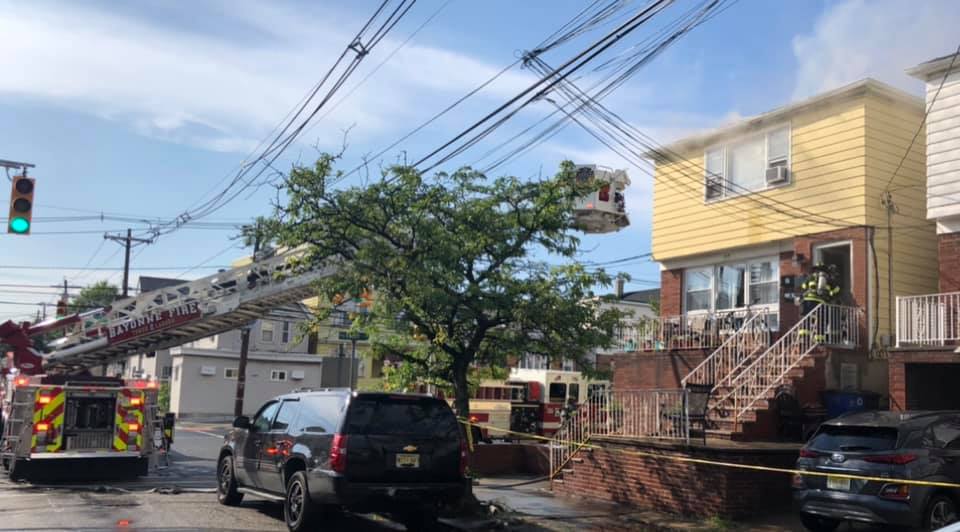 Bayonne firefighters tend to a blaze back in July. Photo courtesy of the Bayonne Office of Emergency Management
×

Bayonne firefighters tend to a blaze back in July. Photo courtesy of the Bayonne Office of Emergency Management

The Bayonne Fire Department is encouraging fire safety in the wake of deadly fires in nearby cities, according to Fire Chief Keith Weaver.

“The Bayonne Fire Department wants to extend our deepest and heartfelt condolences to all the families who suffered such tragic losses in New York City and last week in Philadelphia,” Weaver said in a statement.

Weaver continued: “These fires, once again, reminds us all of the importance of fire safety where we live and work.”

The importance of fire safety

According to Weaver, smoke alarms are important to prevent fires and should be checked to ensure they are in working order.

“The smoke alarm has been the greatest lifesaving invention of the last century,” Weaver said. “Both smoke alarms and Carbon Monoxide detectors should be in every home and every business. These devices should be in good working order and checked regularly.”

Weaver said another vital thing to do during a fire is close doors.

“The importance of “closing doors” has, unfortunately, also been in the forefront of several high-fatality fires,” Weaver said. “Closed doors can and will prevent smoke and fire from rapid spread and will buy precious time which can aid in your escape or rescue.”

The most important thing to do is have a plan in case of a fire, Weaver added.

“Have a plan!” Weaver said. “Know what to do if you experience a fire. Have at least two means of egress and be sure they are clear and unobstructed. The plan needs to be discussed with all the members of your household. If you rent, please purchase renter’s insurance. This inexpensive insurance has proven to be an incredible asset to anyone who has suffered a fire loss.”

Weaver offered his condolences to the families of those who died in the fires and praised the heroism of the firefighters who responded to the blazes.

“Again, on behalf of the brave men and women of your Bayonne Fire Department, we pray for all those touched by these tragedies, and know that we are here to serve our community!” Weaver said. “Please take a moment to check your smoke and CO detectors.”

Who cares about the poor?