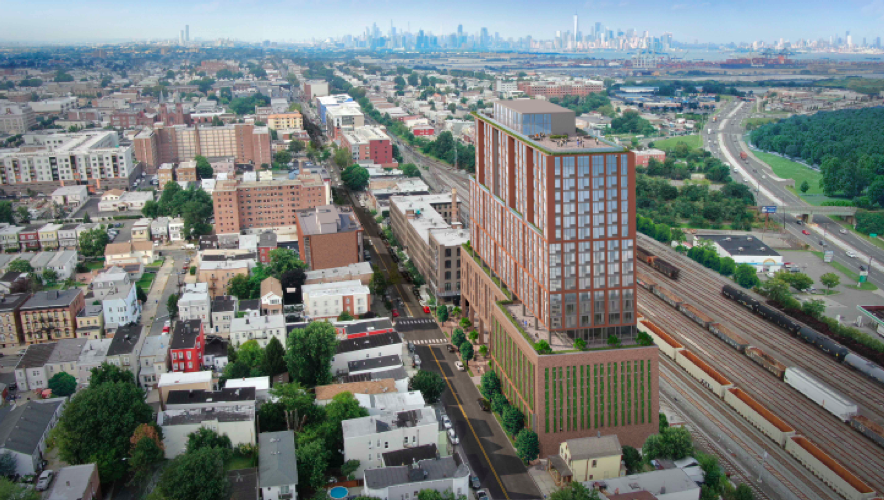 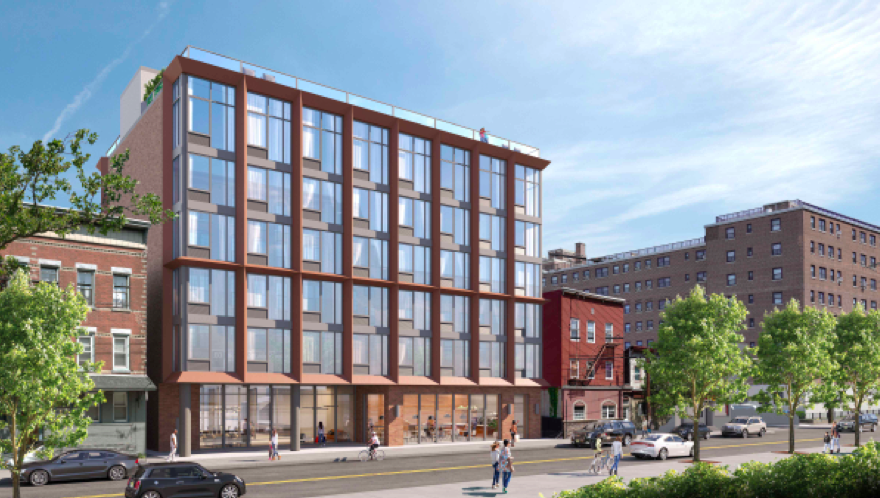 2 / 4
A rendering of the proposed six-story building. 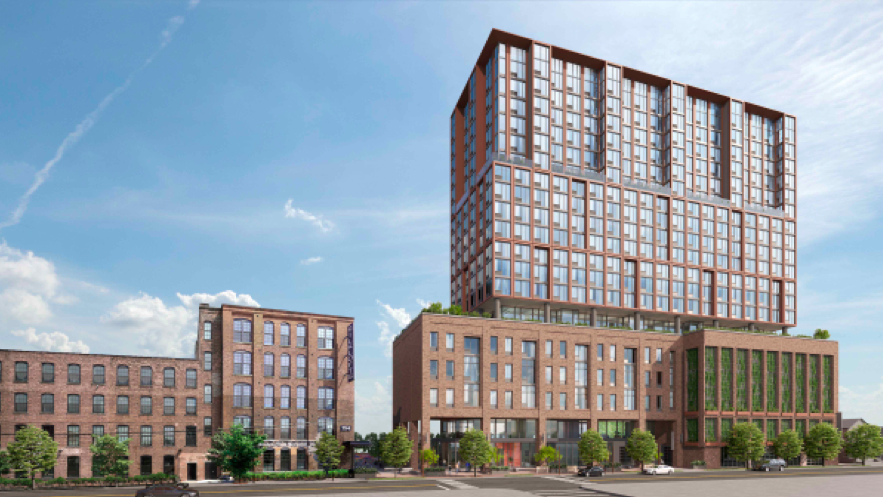 3 / 4
The base of the 18-story building is set to mimic the appearance of the existing Silk Lofts building. 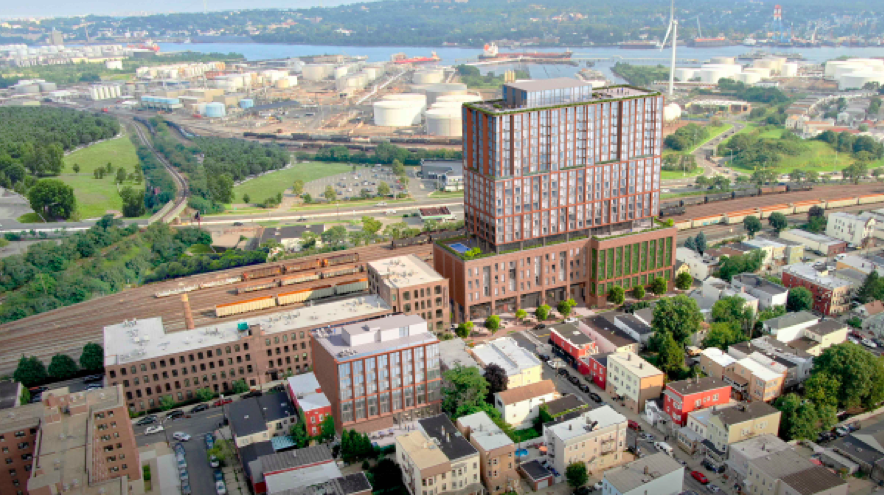 4 / 4
Another aerial view of the proposed buildings on Avenue E.
×

2 / 4
A rendering of the proposed six-story building.

3 / 4
The base of the 18-story building is set to mimic the appearance of the existing Silk Lofts building.

4 / 4
Another aerial view of the proposed buildings on Avenue E.

A public hearing for final site plan approval of two new buildings at 134-136, 138, and 140 Avenue E as part of the Silk Lofts redevelopment was postponed. The hearing was slated to take place at the January meeting of the Planning Board, but that meeting was cancelled.

The matter may be taken up at a future meeting. The planning board will meet next at 6 p.m. on Feb. 8 at the municipal chambers in City Hall at 630 Avenue C. The board meets in person, but it may meet under a virtual setting in the future due to COVID-19, officials said.

AMS Equities, LLC is seeking to construct an 18-story mixed-use residential and commercial building next to the current Silk Lofts redevelopment, as well as for a similar six-story mixed-use building across the street. If approved, the 18-story tower would be among the tallest in the city.

The existing Silk Lofts multi-family residential building is five stories tall with 85 units and 102 parking spaces spread throughout three lots on Avenue E, with one on each side of the building and one across the street. Under the proposal, the other parking lots would be redeveloped as part of the project but the 20 space parking lot for the building on Avenue E, between West 18th and West 19th Street, would remain.

The existing Silk Lofts building was sold by Stern Capital to AMS Acquisition for approximately $32.1 million in 2018, with the intention to construct more units. The tower and other building are permitted to be constructed under the the amended Silk Lofts redevelopment plan, which the Bayonne City Council voted to approve in 2021.

The six-story building would be across the street at 157-163 Avenue E, in between two three-story buildings. This site is currently home to parking for the Silk Lofts building.

This building, in the part of the redevelopment area known as Subdistrict A, would include 36 residential units and 25 parking spaces. However, those spaces would be in an automated parking garage for the 18-story building across the street. There would be a total of 1,530 square feet of commercial space on the ground floor.

The 18-story tower would include 250 residential units and 389 parking spaces. This building would be located in the part of the redevelopment area known as Subdistrict B, which currently consists of a parking lot for the existing Silk Lofts, as well as a few residential homes between Avenue E and the Hudson-Bergen Light Rail.

The building would rise about five stories before there is a setback. The rest of the building continues from there with a setback, beginning at the sixth floor and topping out at 18 stories. The setback on the roof of the fifth floor, would provide for a landscaped terrace and pool. On the rooftop, there would also be a terrace for residents. Renderings depict a elements of a greenery over the facade of the parking garage, akin to a “green wall.”

According to the plans, no variances are being sought for the applications. If the site is fully compliant with the zoning, the board may not have any choice other than to approve the application.