The investigation had been ongoing since September, but the cops say they caught the culprit 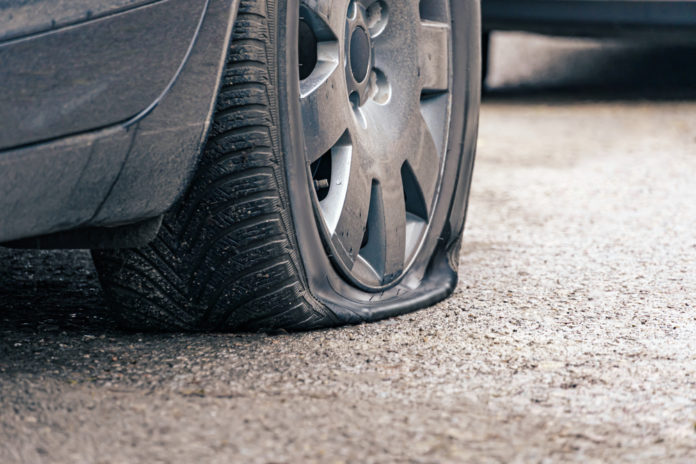 A serial tire deflater in Bayonne has finally been caught, according to police.

The Bayonne Police Department reported the arrest of 51-year-old Paul C. Campbell of Dodge Street in Bayonne on May 10.

According to a statement by Bayonne Police Captain Eric Amato, the move followed a lengthy and detailed investigation conducted by the Bayonne Police Department Detective Bureau spanning from Sept. 25, 2021 through May 5, 2022.

The investigation saw Campbell identified as the individual responsible for placing tire deflation devices in the immediate area of Dodge Street, Orient Street, and East 5th Street. The area outlines Donohoe Park, down the street from Mary J. Donohoe School.

The device is described as a sharp four-prong metal object. It is designed for the purpose of causing a puncture and deflation to vehicle tires as they drive over it

As a result of Campbell’s mischievous actions, a total of 11 criminal mischief to auto incidents and two aggravated assault incidents were reported.

The criminal mischief and auto incidents stem from the flattened tires. And the aggravated assault stems from at least two victims stepping on the device.

On May 5, at 10:01 a.m., detectives arrested Campbell at his residence. He was officially charged him with the aforementioned counts.