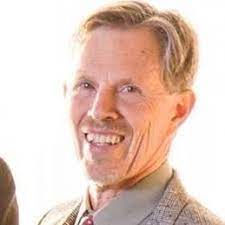 Many Americans seem to feel that democracy is a reward that society reaps by enabling free, individualized action, mostly unrestrained by the government. After all, it’s all about freedom, isn’t it?

But peace and happiness for all isn’t just the sum of the well intentioned, purposeful behaviors of its citizens. As a student of democracy, I have studied Greek and Roman democracies, and written books about the Hebrew republic chronicled in the Old Testament and the American democracy. I have found there are a number of critical moving parts aside from individual behavior found in all of these successful democracies.

Democracies virtually always enact education requirements for their young people in order to help them become good citizens. How helpful is empowering people if they don’t know how to exercise power constructively? One example that brings this home is the fact that in democratic Athens, many public offices were decided by lottery, that is, by simple rotation from one citizen to another. How could that have worked if the entire citizenry didn’t have some basic level of knowledge about life and society?

Democracies also take care to minimize or abolish any trace of a privileged class, or nobility. In Rome, the common folk succeeded in winning the right not only to vote, but to hold offices that previously only the nobility could hold. In England, which successfully achieved a level of democracy for periods of time, the wealthy nobility had special political privileges, like a seat in the House of Lords (Senate). Common people had to struggle to obtain similar representation in Parliament. In America, a privileged class of titled nobility was abolished completely by our law.

Another common curb on power and privilege is the concept of term limits for public office. Historically, this was aimed at preventing life-time power in the executive branch (kingship), as well as lengthy or lifetime power in the legislative branch (aristocracy). Simply speaking, democracies understand that power corrupts, so public servants must be put out to pasture before they get to thinking too much of themselves. The shorter the terms of office, the more democratic the nation.

Democracies always make liberal use of an impeachment power, or power of removal of public servants from office due to bad behavior. Rome and Athens exercised this power frequently, and even constitutional monarchies like England impeached bad kings.

Another necessary aspect of democracy is the existence of a written constitutional law document which organizes the government. Such a document virtually always contains either a ban or a severe limitation on the ability of the citizenry to modify the procedures and freedoms outlined in the document. Local policies may vary from place to place or according to the times, but the democratic structures and operations of the government must remain virtually the same if the nation is to remain a democracy.

In the constitutional laws of democratic nations, there are historically three great government powers that are allocated to the legislative branch, which occupies the place of supreme authority at all levels of representative government: the law-making power, the revenue-raising power, and war-making power. The executive branch, or administrating power, simply implements the decisions made by the legislative branch in the three areas. When a nation starts allowing these three legislative powers to be shifted over to the executive branch or to be usurped by the judicial branch, the nation is rapidly heading toward autocracy or oligarchy (rule by a few judges).

When the education system stops teaching the primary curriculum imperatives in a democracy, civics and history, democracy also loses its hold. When society begins to embrace special civil privileges for persons, organizations, or branches of government, aristocracy takes hold. When a society fails to enforce strict term limits, or shies away from impeaching bad behavior, the republic loses its strength. America is flirting with all of these breaches of our constitutional law and democratic way of life today.

Overturning Roe v. Wade is wrong on many points