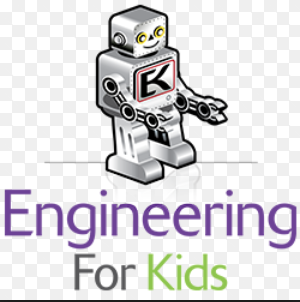 The camp will cover multiple topics in the STEM field through fun activities based on civil engineering, robotics, and more.

The camp sessions cover a variety of engineering topics including:

● Week 1 (August 8-12): Engineering of cities. The campers will serve as civilengineers, designing everything from the layout of a city to its electrical supply.● Week 2 (August 15-19): Robotics, with a focus on NASA’s usage of robots onmissions to Mars. The children will get to design their own robots and learn howto program them for their own NASA-inspired missions.● Week 3 (August 22-26) The grand engineering Olympiad. For five days, thecampers will each separate into groups to represent their own countries.

Throughout the week, each country will face off against each other in activitiessuch as building a coaster, a canoe, and more, in hopes of earning more medalsthan their competition.

“STEM is arguably the most important field in our society and if we can make kids’ firstexperiences with it fun, then we’re not only advancing children’s capabilities but alsosociety as a whole,” said Aggarwal. “I was born in the wrong generation. I had to goabove and beyond to find anything that could get me into a hands-on engineeringenvironment and I’m happy to say that we’re able to solve that problem for the nextgeneration. Kids are naturally intuitive, and I love getting the opportunity to offer theman accessible outlet for that creativity.”

Engineering for Kids has more than 40 locations in the U.S. and has introduced over350,000 children to the STEM field since 2009. Their services extend beyondcamp-based activities and include multiple after-school programs, birthday parties,corporate events, homeschool enrichment, and more.

Those looking to register for an upcoming event or for any more information onEngineering for Kids of West New York, can visithttps://www.engineeringforkids.com/west-new-york/ or call at (201) 654-3877.