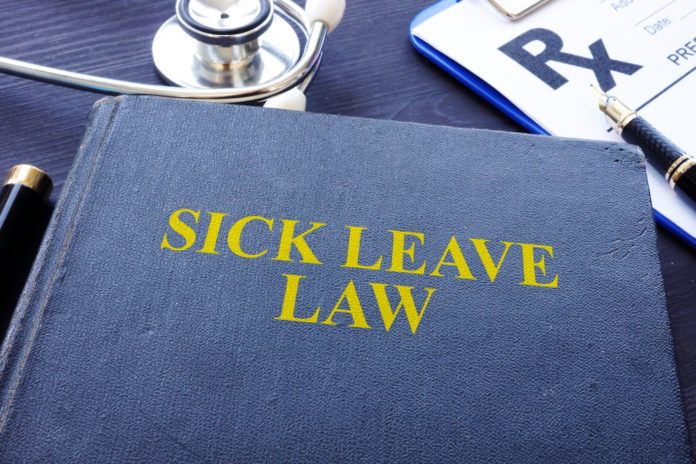 Following an investigation of 60 municipalities in New Jersey, the Office of the State Comptroller and Acting Comptroller Kevin D. Walsh have announced that 57 towns have failed to comply with laws meant to end exorbitant unused leave payments, often referred to as “boat checks.”

According to the report, many municipalities entered into union contracts that allow annual bonuses for unused sick leave, as well as allowing employees to accrue more than one year of unused vacation leave.

More than a decade ago, the State Commission of Investigation, a joint legislative panel, and a gubernatorial task force all recommended reforms to the state’s sick and vacation payout laws after school districts and local governments alike frequently boosted employees’ pay with payments for unused leave.

As a result, a 2007 state law capped senior employees at $15,000 payments, and prohibited annual payouts for unused sick and vacation leave, allowing the payments only at retirement. Following that, in 2010, the regulations were extended by lawmakers to include all employees hired after May 21, 2010.

The laws apply to New Jersey’s 565 municipalities, 600 school districts, and 21 counties, as well as hundreds of other local entities like water, sewer, and parking authorities.

Considering “the exorbitant costs taxpayers are paying” and “indications in the news and prior reports that these supplemental payments to employees continue to be a significant cost for local governments,” the Office of the State Comptroller conducted an investigation to determine if municipalities are abiding by the 2007 and 2010 laws by studying a “judgmental sample” of 60 municipalities with over 10,000 residents.

To evaluate whether municipalities have adopted policies that comply with the 2007 and 2010 laws, the Office of the State Comptroller examined hundreds of collective bargaining agreements, individual employment contracts, employment policy handbooks, and municipal ordinances.

In addition to documents received in response to the survey and otherwise requested directly from municipalities, the Office of the State Comptroller obtained documents that were available from other public sources, including the online database of employment contracts maintained by PERC.

The results of the investigation were made public in a report on July 7. In the report, the Office of the State Comptroller stated that laws were being “ignored, sidestepped, and undermined in almost all of the municipalities reviewed.”

“OSC determined that 57 of the 60 municipalities failed to fully comply with the laws, leading to both actual waste and abuse of public funds, as well as substantial future liabilities for these municipalities,” the report states.

Out of the 60 municipalities investigated, three were located in Hudson County, including Hoboken, West New York, and Union City.

West New York was one of the municipalities that allows payments that exceeded the $15,000 sick leave cap and that the payments for the sick leave occur at times other than retirement. The report found that one union contract allows payment of up to $18,000 for any accrued unused sick leave at resignation, death, or retirement.

In Union City, the municipality was found to not comply with the 2010 law regarding sick leave because they allow payments at a time other than retirement for employees hired after May 21, 2010 and do not have a capped amount. The terms of two of Union City’s contracts do not comply because they allow the accrual of more than one year of vacation leave, according to the Office of the State Comptroller.

In one example given, a union contract in Union City allows the payment for accrued sick leave at 50 percent value, at the time of retirement or death, without limit. Another contract allows officers to accrue two years of vacation leave in addition to the current year’s allotted amount.

The last Union City contract mentioned in the report allows vacation to accrue indefinitely, but limits payment upon retirement to two years of accrued vacation time.

Meanwhile, the report states that Hoboken allows the accrual of more than one year of vacation time for employees. In one instance, one union contract allows employees to accrue up to three years of vacation time prior to retirement, which can be paid in a lump sum.

Two other contracts allow the accrual of up to two years of vacation leave, and both contracts allow for the annual payment of unused vacation time at the employee’s request. Three contracts provide a cash bonus when sick leave is not used. Two of those contracts grant a flat $1,000 per six-month period where no sick leave was granted, the other union contract grants annual payment on a tiered system of $2,000 for no sick days, $750 for one, and $500 for two to three days.

Officials from the aforementioned Hudson County municipalities did not respond to Hudson Reporter requests for comment on this story.

However, West New York Business Administrator Luis Baez previously told the Jersey Journal: “The town is actively in the process in revising and/or removing contractual language set forth in (union) agreements … by not allowing payment of accrued sick leave in excess of $15,000 for employees hired after May 21, 2010 and allowing payment for sick leave bonus incentive programs for employees hired after May 21, 2010.”

Preventing the waste of taxpayer money

Only three places studied complied with laws from 2007 and 2010 that barred large annual payments to public workers for accrued sick time. Those municipalities include: Montgomery Township in Somerset County, Upper Township, and Holmdel.

The report did not specify how much of taxpayer money could have been saved if the municipalities had followed the law. However, the Office of the State Comptroller noted it was a large amount ranging from “millions to tens of millions.”

“The findings identified in this report lead OSC to the conclusion that municipal officials are either unaware of the 2007 and 2010 reforms or are consciously disregarding them,” the report states. “Two laws that were intended to result in widespread systemic reform have largely failed to result in meaningful change in the 60 municipalities OSC surveyed. Moreover, the sheer number of problems among the 60 municipalities OSC reviewed suggests many other local governments may be violating the 2007 and 2010 laws.”

According to the Office of the State Comptroller, the excessive problems among the 60 municipalities reviewed suggests many other local governments may be violating the 2007 and 2010 laws. While there were no fines levied against the municipalities, it was suggested that steps be taken by both municipalities and the state ensure compliance with the laws.

Recommendations made by report

The report recommended municipalities designate one person to ensure compliance with the sick and vacation time abuse laws. Additionally, it is recommended that municipalities make employee payments above standard compensation be posted publicly and approved by the local government body to promote transparency.

Another suggestion made following the investigation was to potentially assign a state agency to monitor compliance of the law. The recommendation also included the suggestion that lawmakers should reconsider exemptions to the law for certain senior local government employees.

Corrective action plans by the municipalities are to be forwarded to Office of the State Comptroller for review by September 30.

Mark Koosau contributed to this story.