Something is not right at the Weehawken Pool 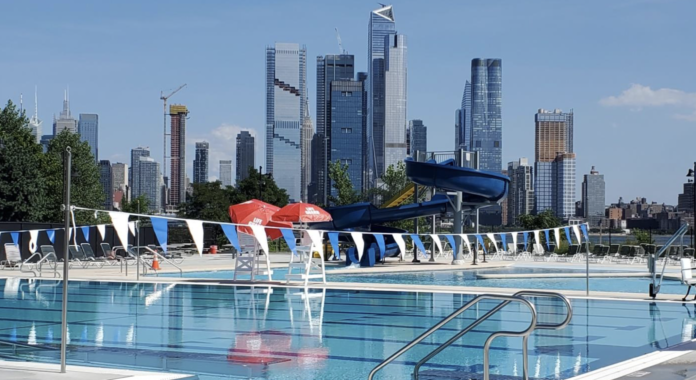 I saw your story about the pool in Weehawken! So not fair! A friend of mine from Weehawken tells me that although Weehawken had said the pool is for residents only, they have RENTED it out to the Rutherford Swim Team. How is that fair? We couldn’t use it, but they can make money off of it?

Plus they let Troy Towers Union City people use the pool also! Just heard about that. There are NO time restrictions for them. They have been using it for weeks. Way before this week when they finally non-residents in. Troy Towers can use it whenever they want, because the town attorney for Weehawken lives in Troy Towers so they gave permission to the whole building. This has been since the pool opened this summer.

Something is not right when the MAYOR gets to pick and choose the times and what buildings! he lets in. The registration system is a joke. It lets you register for ANY session, but if you show up they WILL NOT let you in. I know people that took an UBER from Cliffside Park for the time the system ALLOWED them to register for and were turned away. The Kids were crying! Why have a registration system that doesn’t work. I AM SURE it is not one or two people signing up for the wrong time. People drive or uber there to be turned away with little kids. They can’t tell us to sign up for one time but the system lets you pick any time. I thought something changed since it let me sign up for a later time and I drove from Bayonne only to be turned away also!

Maybe SOMEONE should be monitoring the system and give us the decency of a phone call or email telling us we did it wrong. I signed up two days ahead of time before I drove the half hour to the pool. It seems to me it is being done on purpose, to discourage us from coming. Why do the people in Troy Towers UNION CITY get to sign up anytime they want? That’s the only way things get changed – when people call out that MAYOR for making his own rules! My friend says he MAKES his own rules for everything that goes on in town!