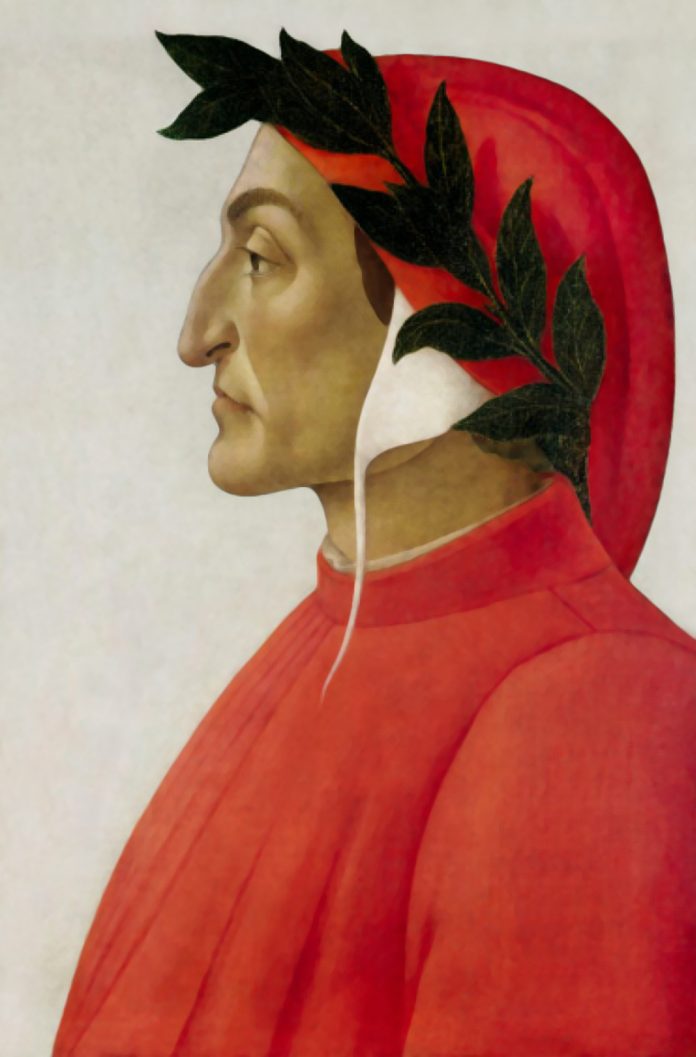 September 14, 2022 commemorates the 701st anniversary of the death of Dante Alighieri, “Il Sommo Poeta” (‘The Supreme Poet). Dante is remembered for his epic masterpiece, “The Divine Comedy,” which depicts a journey in the afterlife. Unfortunately, Dante died some 150 years before “The Divine Comedy” was published.

Dante Alighieri symbolizes many things to the Italian people. He is the universal thread that has been woven into the spiritual, moral, and social fabric of every Italian. Dante has been the heart and soul of Italian unity, even during to most troubling of times.

Dante is the Father of the Italian Language. Essentially, Dante represents everything that is great and noble about Italy and the Italian people.

Dante’s lesson to all of us: “Segui il tuo corso e lascia dir le gente” (“Follow your own road and let people talk”). Basically, Dante is telling us to follow our own star. And, when things become challenging, Dante reminds us that “The path to Paradise begins in Hell.”

This September 14 presents us with an opportunity to welcome Dante’s spirit back to our society – a spirit that encompasses “innovation,” “imagination,” “inspiration,” and “intensity.” Taken together, those “4-i’s” are the essential ingredients for hope and a much brighter future for ourselves and our posterity.