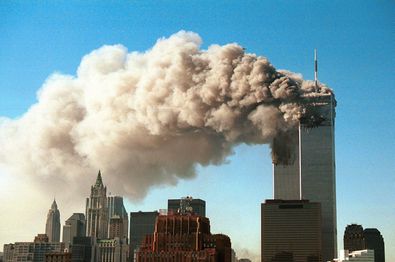 Twenty-one years ago, this nation was brought to tears. The horrific attacks on Tuesday, September 11, 2001 demonstrated that the Atlantic and Pacific Oceans can no longer shield us from hostilities and aggression. Those attacks were intended to demoralize us, suppress us, humiliate us, and to spread fear and hysteria among us.

Instead, a miracle occurred on that dreadful day of infamy. Those reprehensible acts of terrorism rekindled our spirits; they awakened us from an “apathetic slumber.” We became more united as a nation, and we emerged even stronger as a self-determined group of people: Americans.

Like the phoenix, we were reborn from the smoldering ashes of death, destruction, and despair. With tears in our eyes, with heavy hearts, and with unyielding courage and intestinal fortitude, we returned with an even greater devotion to our endearing and enduring values and principles of life, liberty, and freedom.

The perpetuators of those nefarious acts on September 11, 2001 underestimated the resilience and resolve of the American people. Our durability, our toughness, our gumption, and our determination turned their day of grim, dour victory into a bitter defeat.

They may knock us down; but, by God, we always bounce back with even greater vigor – with an even greater determination – to put an end to their heinous acts of terrorism.