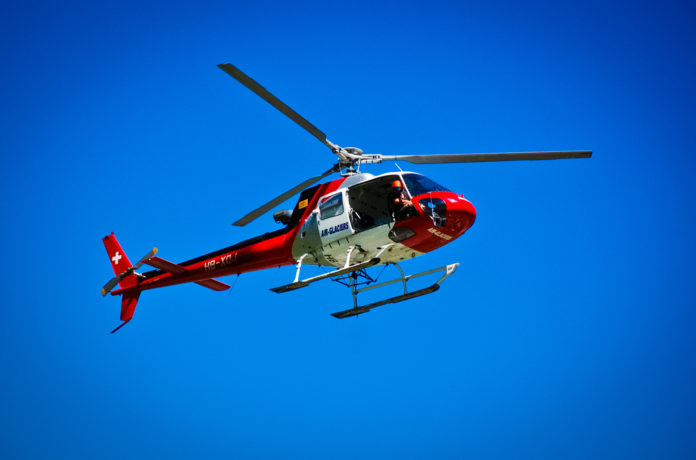 “The unconscionable helicopter noise barrage directly over and immediately adjacent to the park will destroy the public’s peaceful use of this heavily used park,” wrote Sam Pesin, President of Friends of Liberty State Park, in a letter criticizing the National Park Service (NPS) and the Federal Aviation Administration (FAA).

Friends of Jersey City’s crown jewel, Liberty State Park, may have to fight against a measure on behalf of the park’s quality of life for visitors and residents.

As reported by the Hudson Reporter, a federal draft plan by the NPS, FAA, and tour operators will set an aerial limit of 1,000 feet around the Statue of Liberty and Governor’s Island.

Friends of Liberty State Park, NYC-based Stop the Chop and many other LSP activists have rallied against against the newly drafted plan. “Routing helicopters for tourists over our urban oasis–Liberty State Park—is unacceptable,” tweeted out newly-elected congressman Rob Menendez.

The proposed plan would also require tours to fly within a mile of the parks in a clockwise direction as stated in the draft.

“The flight path will severely harm urban people’s right to enjoy a peaceful experience at LSP, a mental, emotional and physical health public resource,” said Pesin in an Op-Ed. “The idea of having tourist helicopters flying all day everyday near the park will devastate everyone’s use of this precious park.”

Pesin urges members to submit comments to the FAA and NPS by midnight today. Friends of Liberty State Park is requesting the NPS to extend the Public Comment for at least 60 days claiming NJ elected officials did not know about this plan “until two weeks into the one month public comment period.”

Hoboken Councilman Phil Cohen same out in opposition to the draft plan on Nov. 23.

“By creating a 1,000-foot helicopter flight buffer for Liberty Island and Ellis Island tourists, the existing helicopter flight paths will be pushed to fly over neighboring State parks, including Liberty State Park,” Councilman Cohen wrote. “While it is questionable how much benefit this 1,000-foot helicopter flight buffer would create for Liberty Island and Ellis Island’s visitors (and there are no supporting studies reflecting any such benefits provided to the public by the NPS or the FAA), it is unquestionable that forcing additional flight paths for commercial helicopter flights over Liberty State Park will degrade the public’s use and enjoyment of those cherished public spaces.”

The NPS stated that the FAA plans to sign the agreement this December, which will then amend the operation requirements under the new requirements for the next 90 days.