Jersey City and Hoboken were top cities in support of LGBTQ+ 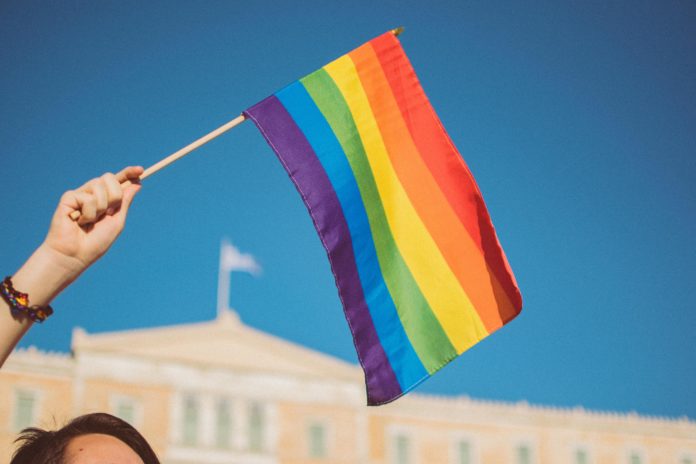 Jersey City and Hoboken were among the cities ranked highest in LGBTQ+ friendliness, according to a report issued by the Human Rights Campaign, the nation’s largest LGBTQ civil rights advocacy group.

The organization released its yearly Municipal Equality Index (MEI), evaluating cities based on municipal law, policies and services in tandem with issues related to the LGBTQ+ community.

The MEI highlights that “Critical amongst these is access to age-appropriate, medically-necessary gender-affirming care for municipal employees and their dependents.”

This report would be the 11th annual study conducted, in collaboration with the Equality Federation Institute, a nonprofit organization which advocates for LGBTQ+ rights. The HRC scored 506 American cities, including 12 N.J. cities on LGBTQ+ equality in municipal laws and services. The statewide score was 86 out of 100 possible points in 2022, up one point from 2021.

Jodee Winterhof, who is the current vice president on policy and political affairs at the HRC, told the Jersey Journal that the top scores were based on towns and states who passed laws and ordinances supporting LGBTQ+ rights such as banning conversion therapy and enacting laws offering health benefits to their transgender employees. 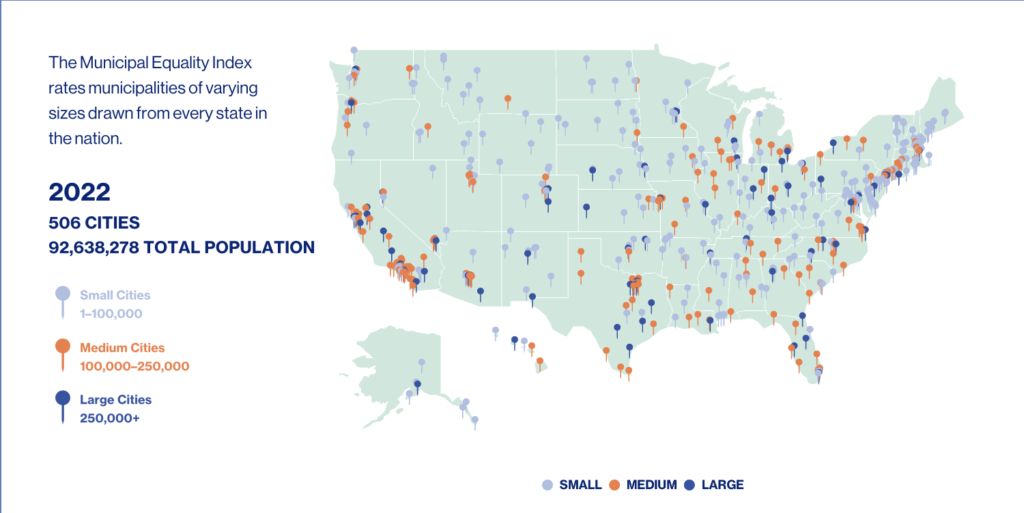 “This edition marks the fifth consecutive year that the average city score has risen, despite a tightening of the MEI’s standards for credit in key areas,” according to the findings stated on the HRC site.

“Jersey City and Hoboken have both shown a commitment to creating a diverse, inclusive, and supportive environment for their LGBTQ+ residents. Hudson Pride Center is proud to partner with these cities to ensure that the needs of our community are being met. We are happy to celebrate and congratulate Jersey City and Hoboken on perfect ratings from the Human Rights Campaign’s Municipal Equality Index! said Elizabeth Schedl, Executive Director of The Hudson Pride Center.

Jersey City does have a Human Rights Commission, a LGBTQ+ liaison or task force in the police department and openly LGBTQ+ appointed leaders, according to the report.

At the state level, in 2013, New Jersey passed a statewide law that would ban licensed therapists from providing gay-to-straight conversation therapy to minors. On the MEI scorecard also showed that all 12 New Jersey towns received “flex points,” for preserving rights related to the LGBTQ+ community.

“As the most diverse city in the nation, we strive to provide equal opportunities to support all of our diverse populations in every way possible. Jersey City is proud to be a leader on LGBTQ+ equality and inclusiveness, earning a perfect score consecutively year after year for the policies and actions put in place by the Fulop Administration to address systemic discrimination,” said Kimberly Wallace-Scalcione, mayor Fulop’s press secretary.

She added, “Mayor Fulop was the first in the state to add transgender healthcare coverage for city employees in 2015 and has since added several key initiatives to further protect the LGBTQ+ community, including equality training for employees and making all municipal bathrooms gender neutral.”

The city’s expanded covered for individuals who identify as transgender was announced on Sept.22, 2015.