Home My WAY: A Musical Tribute to Frank Sinatra

My WAY: A Musical Tribute to Frank Sinatra 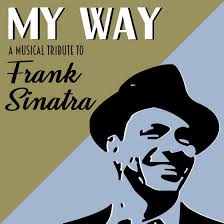 A swinging tribute to Ol’ Blue Eyes, My Way: A Musical Tribute to Frank Sinatra relives Sinatra’s legendary career as four actors take you on a musical revue spanning the breadth of his career from his early beginnings as a crooner in New York, to the bright lights of Las Vegas with the Rat Pack, to his final performances. Conceived by David Grapes and Todd Olson, My Way invites its audience to take a trip down memory lane while reliving Sinatra’s remarkable five-decade career the 1950s to the1990s. From a songbook of over 1300 tunes, My Way chooses fifty-four of Sinatra’s songs that include “Fly Me to the Moon,” “Chicago,” “New York, New York,” and “That’s Life.” It’s a celebration just as Ol’ Blue Eyes would have wanted it – a few stories, a few drinks, and plenty of knockout tunes.