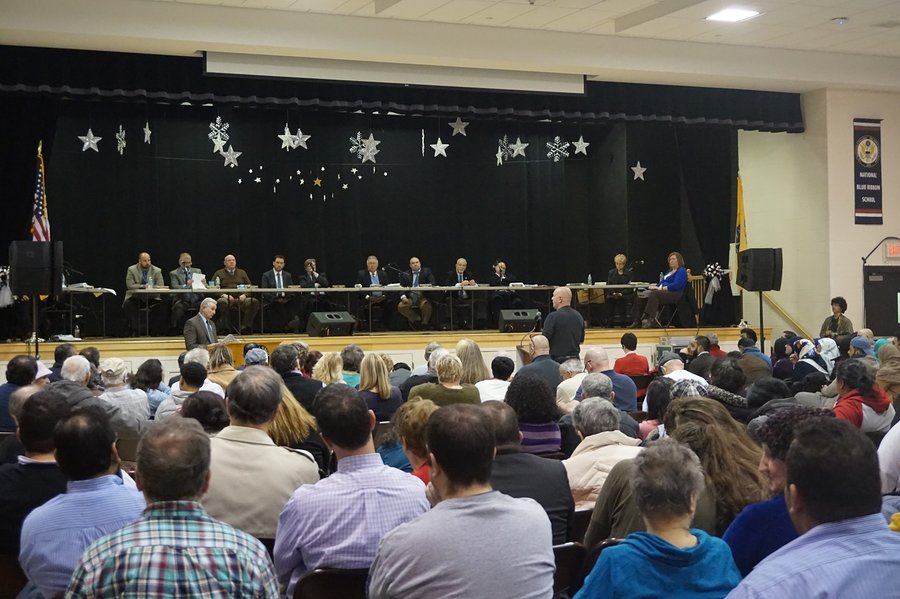 BAYONNE — The Bayonne Zoning Board is scheduled to continue its hearing to vote on major site plan approval for a new Muslim Community Center. The meeting will be at Bayonne High School on March 6 at 6 p.m. The last meeting, held on January 23, ended after five hours with one expert witness left to testify, along with the public comments portion.
Bayonne Muslims, a nonprofit organization, has been renting the basement of St. Henry’s School on Avenue C for community and prayer services for six years. The group proposed to convert what is currently an unoccupied warehouse on the East Side at 109 East 24th Street into a community center, including a mosque, classrooms, and a soup kitchen.
At the meeting on the 23rd, opponents of the plan cited concerns about traffic and noise. Residents asked how long and frequent prayers might be, how much traffic increase they can expect, and whether mosque-goers will be walking through their yards.
In October, a Bayonne man vandalized the façade outside the entrance to the Muslim Community Center on Avenue C with spray paint, writing hateful and Islamophobic slurs, as reported by the Bayonne Community News. Jonathon Hussey, the man responsible, was sentenced to 12 months probation on January 3. As part of his probation, according to a statement from the Hudson County Clerk, Hussey penned an apology to both the Muslim Community Center and St. Henry’s Church.

Beware of drinking Santas this weekend