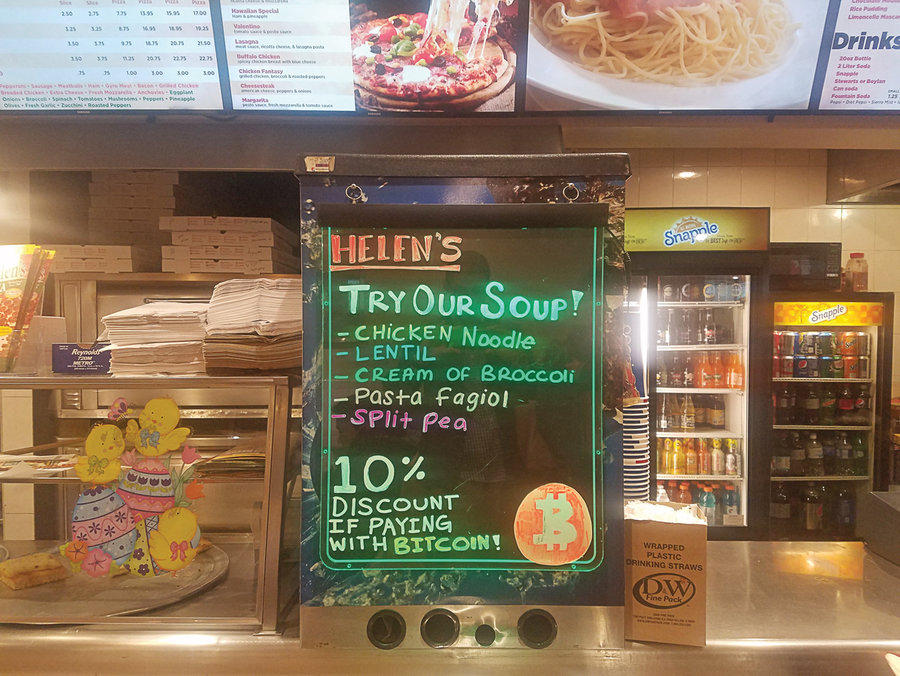 1 / 2
Users can exchange US currency for Bitcoin at various ATMs across the county. This one is conveniently located next door to Helen’s Pizza. 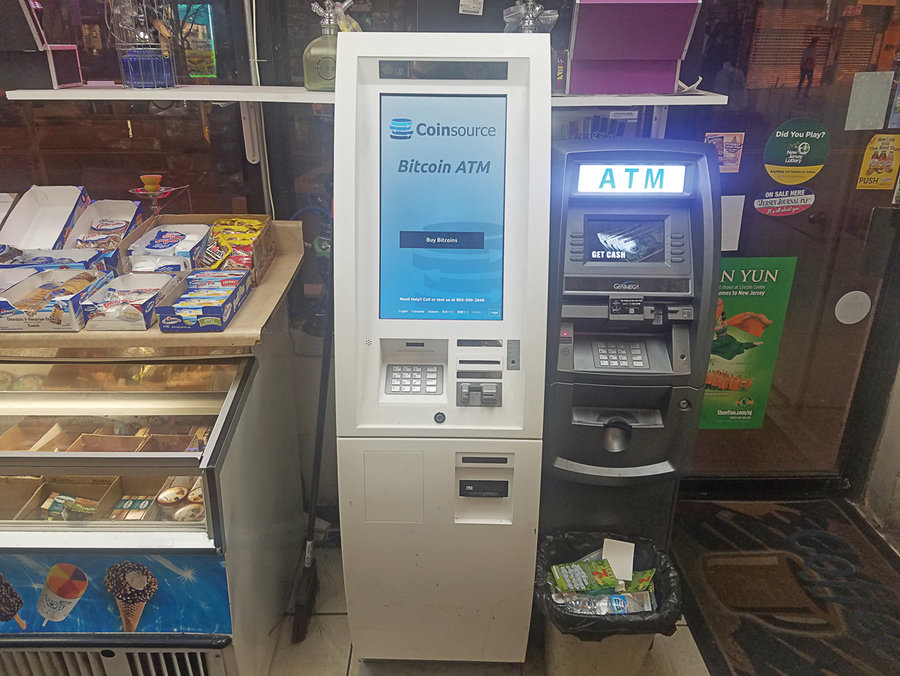 1 / 2
Users can exchange US currency for Bitcoin at various ATMs across the county. This one is conveniently located next door to Helen’s Pizza.

Bitcoin is catching on. Not only are some small businesses in Hudson County accepting the crypto currency, hackers are demanding ransom in it, and residents are investing in it like capital.
Bitcoin is a digital currency that is exchanged electronically from one user (or peer) to another, anywhere in the world, instantaneously, without having to reveal an identity. It is based on potentially revolutionary technology called blockchain, a digital ledger that records transactions, shareable across a network of computers. No need for a central authority. It’s a code that can do what the banker used to.
The new technology attracts a lot of users but also makes it an ideal ransom for hackers, giving Bitcoin a bit of a bad reputation.
Bitcoin was created in 2008 by a mysterious and Japanese man known as Satoshi Nakamoto. He set the rules that restrict the total number of Bitcoins ever to be created to 21 million, giving the technology the controlled scarcity required of a currency, but so far it has not been used as such.
City officials throughout Hudson County were contacted for this story. Most have been mum on the issue, as municipalities are wildly outpaced by new technology. They often struggle to capitalize on the opportunities new technology presents and to defend themselves from new threats. Bayonne officials, like most people, are largely unfamiliar with this technology.
Early adopters, meanwhile, feel Bitcoin will stabilize, as more people use it.

When Nick Kalcanites, manager at Helen’s Pizza on Newark Avenue in Jersey City, first heard about Bitcoin in 2013, it was during the currency’s first real boom. The Bank of Cyprus froze all its accounts during an unforeseen recapitalization, and Bitcoin simultaneously rose in value.
Whether Cyprus’s financial crisis has causal links to the Bitcoin boom is up for debate, but the speculation in newspapers caught the attention of Kalcanites, whose hobby is collecting old-fashioned silver and gold coins.
One Bitcoin went for around $30 in 2013 when Kalcanites first invested. Now, one Bitcoin trades for around $1,700. At the time Kalcanites was interviewed for this story in late April, one Bitcoin traded for $1,200.
One year after Bitcoin piqued Kalcanites’s interest, Helen’s Pizza began accepting the currency, according to coinmap.org, an online tool that maps businesses that accept Bitcoin. And lucky for him, the deli next door has a Bitcoin ATM where customers can exchange.
_____________
“It’s a whole different ballgame to use new currency and translate that into actual profits.” – Jamie Laviena
____________
Other businesses have followed a similar path. Jamie Laviena of AdRite Solutions, a small digital marketing firm in West New York and Secaucus, said he adopted Bitcoin around the same time, and that other businesses are accepting the currency. They’re doing it, not to create a new economy free of the inefficiencies of finance, but as a feasible way to acquire Bitcoin without having to dig into their own pockets. Laviena favors making small businesses more efficient, and he thinks Bitcoin could theoretically achieve that. “There’s no reason a small business shouldn’t make themselves aware of different forms of acceptable currency if it makes them easier to operate,” Laviena said. “It’s a whole different ballgame to use new currency and translate that into actual profits.”
Both Laviena and Kalcanites have seen declines in usage. Helen’s Pizza sees only about one or two transactions per week, while AdRide Solutions has not had a client pay in Bitcoin in “quite some time,” according to Laviena.
Customers seem to be aware of the exchange rate, and that Bitcoin is likely to yield greater returns than a slice of pizza, which makes the technology more like foreign currency exchange than a futuristic alternative system of finance that many futurists envision.
“I would say the majority of people that get into Bitcoin hold onto it because it’s not inflationary,” said Kalcanites. “Maybe they’re holding onto it speculating that the value will go up.”
He can’t blame the customer. “I usually just keep it,” Kalcanites said. He uses Bitcoin only to purchase collectible coins.
But as an investment, Bitcoin is volatile. True, it increased in value by more than 5,000 percent in four years, but one year after Bitcoin reached the $1,000 mark in late 2013, the currency dipped back down below $200. Then, in mid-2016, the market turned bullish, and the currency steadily rose again, hitting the $1,000 threshold again in January of 2017.
Though it is treated by consumers as a capital investment, Kalcanites hopes it will one day stabilize as more people buy in, and become a dominant currency.

Bitcoin made a splash all over the world this week. Hackers, which U.S. intelligence authorities now believe to be from North Korea, have attacked thousands of private companies in 11 countries using malicious software called “WannaCry.” A few weeks prior, the city of Newark was also hacked for ransom, to be paid in Bitcoin.
In all these attacks, hackers exploited a vulnerability in the Windows operating system, infecting organizational networks with ransomware through various means, such as email phishing.
Once the ransomware infects a network, the quickest way to remove it would be with an encryption code, which only the hackers can provide, and they’re asking for Bitcoins—and a lot of them. It’s a typical hostage situation. However, no ransoms have been reported to be paid and businesses have coordinated with authorities, internal IT departments, and Microsoft to combat the threat. The CEO of Disney has refused to negotiate with hackers are holding an unreleased film for ransom.
According to the NJ Cybersecurity and Communications Integration Cell (NJCCIC), of the 166 ransomware variants the organization has profiled since July 2015, 85 currently have publicly available decryption tools. They recommend individuals and organizations be proactive and take simple steps to reduce their risk of cyber attacks, like keeping software patched and updated, limiting privileges on user accounts, creating two-step identity verification, and disabling unnecessary remote access ports.