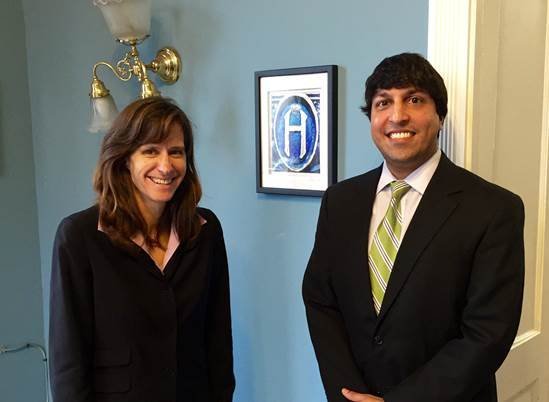 HOBOKEN — Ravi Bhalla, candidate for mayor of Hoboken, named Vijay Chaudhuri, who is leaving his position as chief of staff to Mayor Dawn Zimmer, as his campaign manager on Tuesday, Aug. 22.

“Chaudhuri brings an in-depth understanding of Hoboken politics as well as demonstrated political and organizational skills to the task,” said the press release from Bhalla.

Chaudhuri joins Christian Duffy, who is serving as field director, on the campaign staff. Duffy served as Deputy Field Director for Jim Johnson in his gubernatorial campaign, and as a regional organizing director for the Hillary Clinton for President campaign, among other campaigns he has worked on around the nation. In 2015, he was the Get-Out-The-Vote (GOTV) Director for the Zimmer-backed Council candidates in Hoboken.

Ravi Bhalla said in a press release, “I am pleased that Vijay is coming on board full time. Together with Christian, he gives us a strong ground team to lead us to victory on November 7.”
In a separate press release, Zimmer said, “Vijay has seen Hoboken through many challenges and has been a valuable team member in many of our accomplishments for our city’s residents. I thank him very much for his strong dedication to our city and wish him the very best in the future.”

‘Be the Difference’ Fair and ‘Like Us’ screening Nov. 25