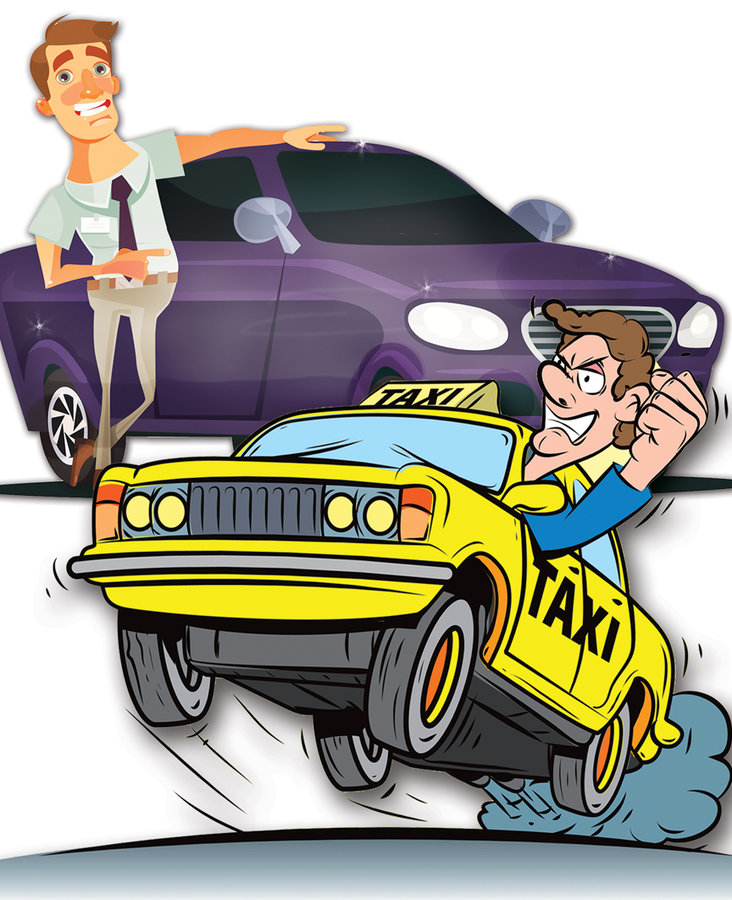 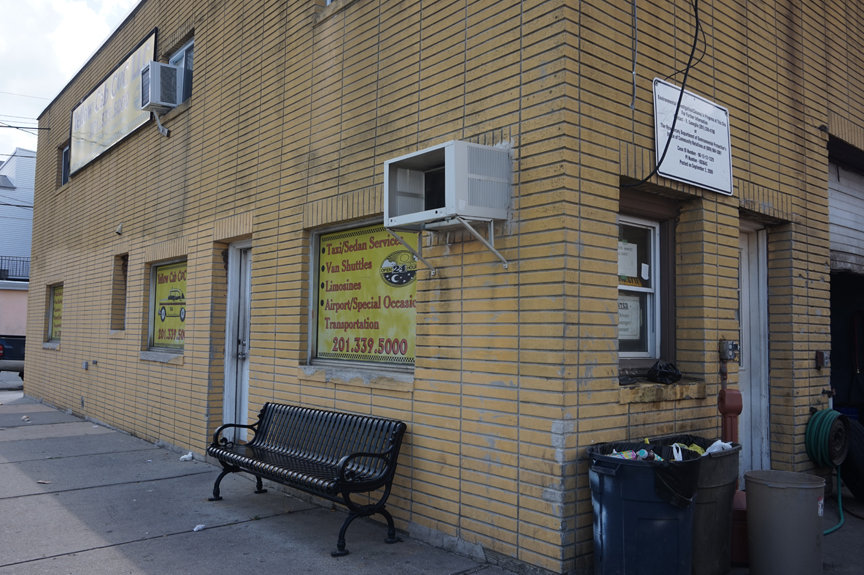 The taxi industry in Bayonne, like anywhere with widespread internet access on smartphones, is changing dramatically. This was most recently evident when Yellow Taxi, one of Bayonne’s legacy taxi companies, absorbed another, CampbellTaxi. Some drivers from Campbell were hired by Yellow Taxi, while acquiring Campbell’s phone number and newest red cab. That leaves just Yellow Taxi and Archie’s Cab Company.
“Some people think we’re competitive and killing each other. It’s not true,” said owner and operator of Yellow Taxi, Vinnie Cuseglio, turning the conversation toward the real competition. “It’s Uber and Lyft that are operating in our town to the point where we can’t survive.”
If you know how to use a smart phone, you likely order taxis through companies like Uber and Lyft, but those companies do not even like to call themselves taxi companies. They prefer “ride-sharing.” In fact, they don’t even like the word “taxi.” The companies seem to be slowly pushing that term out, creating taxi synonyms in their own image. Customers no longer call for a cab, but order an “Uber,” or a “Lyft.”
Depending on their age, customers will either dial a familiar local taxi service to schedule a pick-up, or launch an app on a smartphone that automatically syncs the user’s location and credit card. It’s the older demographic who are keeping companies like Yellow Taxi afloat.
“When they die off, so do we,” said Cuseglio, fully aware of the state of his industry. The NJ State Taxi Association, for instance, has lost more than half its membership in the last two years as cab companies are continuing to declare bankruptcy at high rates.

Uber and Lyft drivers are considered “independent contractors” by the ride-share companies, which can eschew expenses that normal cab companies are by law required to provide, like health insurance, vehicles, a brick-and-mortar office, and parking lot. They also have to comply with rigorous safety regulations. Uber and Lyft drivers use their own vehicles and are out of a job if they crash. In a weak economy, though, there is a seemingly never-ending supply of underemployed workers with cars. By shifting those expenses onto workers, Uber and Lyft can pump more money into their apps and raise money from venture capitalists to create self-driving technology that it hopes one day will replace drivers altogether.
“How do you compete with that? You don’t,” Cuseglio said. Yellow Cab’s shrinking market share consists mostly of senior citizens who are less than eager to use smart phone apps.
Cuseglio predicts that cab companies may have less than a decade before no market for them is left. That seems optimistic. But Cuseglio came to terms with it last year when it became abundantly clear that local, state, and federal government had little interest or resources to enforce local ordinances that would ordinarily penalize Uber and Lyft drivers for not abiding by the same regulations as local cab companies do. For example, drivers need the proper insurance, and they need to be fingerprinted.
Cuseglio said that locally-owned taxi companies do not compete on a level playing field with taxi apps because small cab businesses are bound by local regulations in ways that ride-share companies are not.
Cab companies like Yellow Taxi want municipal governments to catch ride-sharing drivers disobeying local ordinances by having cops order Uber and Lyft rides and confiscating the cars upon arrival.
But Uber is infamous for diverting law enforcement using its software. When police in Boston tried this tactic, Uber found a way to determine when it was a police officer using the app and divert cars away from that user.
“I think we have to be flexible enough to understand that the economy and our constituents are ahead of us on this one,” said Bayonne Law Director John Coffey III. “It’s our constituents who are using Uber and who are driving for Uber.”

The name of the game in the transportation industry is expedience. People order taxis to get somewhere fast, and the company that can get to the pickup location fastest gets the fare. It’s always been that way.
When drivers for legacy cab companies are sent to the rider’s home from one central location in midtown after the call is made, it could take the driver 15 minutes or more to get there. Drivers for companies like Uber and Lyft, however, are already circling the block on constant lookout. The phone of the nearest driver will bleep when a customer orders a ride, and a map on the phone screen directs the driver to the pickup location. No phone calls are required, or exchange of actual money.
“I’m fine the way I am. I don’t need any smarty phone,” said Eleanor Rose, 76, of Bayonne. “I like picking up the phone and calling for a cab, like it’s always been. Even if [Uber and Lyft] are faster, I’m in no rush. What’s the rush? People run around too much.”
While ride-share companies are cheaper than taxis when traveling between towns, they are not cheaper when operating within the city of Bayonne.
Uber and Lyft may be able to get a driver to Rose faster, but Yellow Cab beats them in pricing for seniors, at $3.75 for rides within the city, while Uber or Lyft will run between $7 and $9 to get from the tip of Bergen Point to the 45th Street Light Rail Station. And that’s not the free market playing out; the city of Bayonne set those rates, like they did for non seniors, at $6.25 for rides within Bayonne.
“Taxi companies now aren’t adjusting; they’re going out of business,” Cuseglio said. He might feel more threatened if his company was a primary source of income for him, but it’s not his only investment, just his first. The company was founded by Cuseglio’s father in 1952, and has been a viable business model for decades. Now, his family business is circling the drain as he tells his children to avoid the cab industry, unless they want to write software code.
“I wish I thought of this concept,” Cuseglio said. “I’d be sitting on a yacht somewhere.”