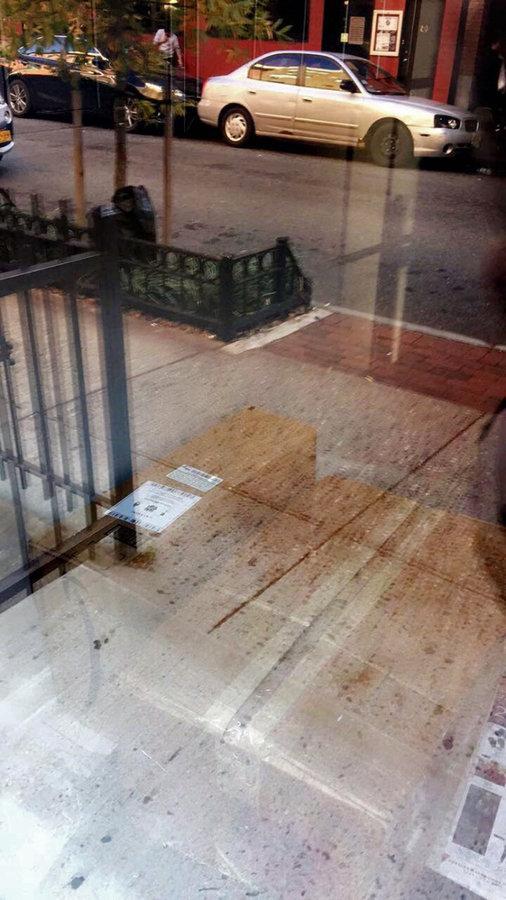 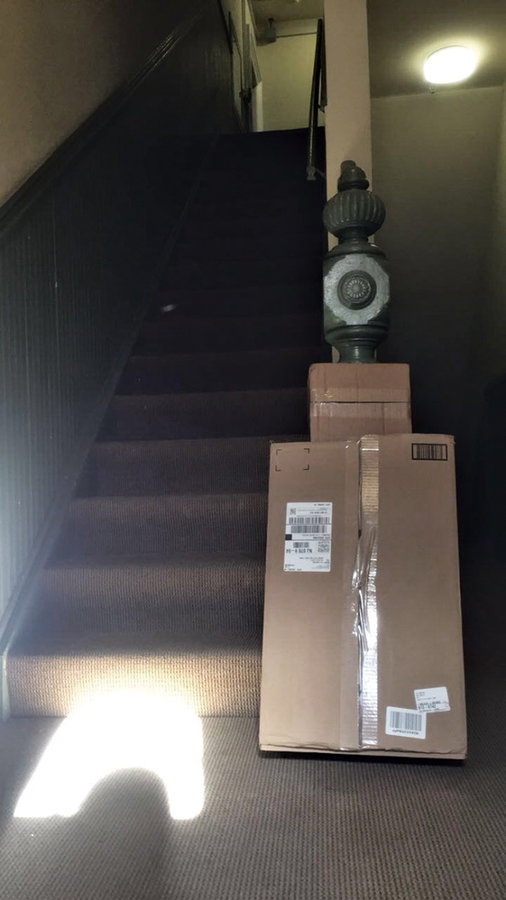 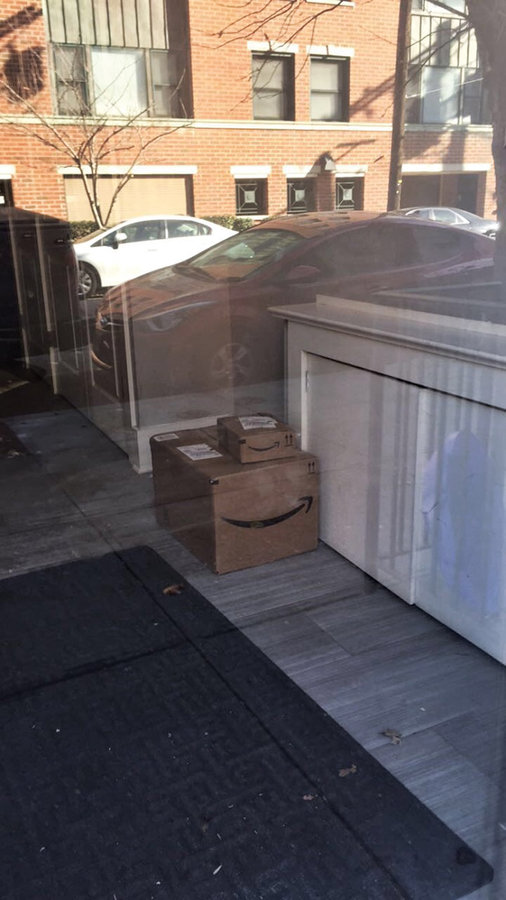 As the holiday gift-giving season ramps up, Police Chief Ken Ferrante says residents should focus on protecting their homes against a rash of package theft throughout the city.
Just last week, the department arrested Luis Medina, 37, of Jersey City and charged him with three counts of burglary, three counts of thefts, one count possession of burglary tools, and bail jumping in connection with alleged package thefts. He was apprehended in the 1200 block of Clinton Street.
Also last week, a Youtube user posted a video that appears to show a woman allegedly taking packages and mail from a Hoboken building.
Cristina Toff said her husband Jason Toff happened to see the woman when he reviewed security camera footage after returning home on Saturday night.
“My husband is a little paranoid, which apparently pays off, so when we got home he just quickly reviewed the tape to see what happened while we were gone,”Cristina said. “We were surprised. We were shocked. From my knowledge, this has never happened to us before.”
She said she reported the incident to the police last Sunday, but a detective has yet to be assigned to the case.
“They have been slow to respond,” she said. “I followed up several times and I thought it would be easier to get their attention, as they have used our video footage in the past to solve crimes and I have an existing relationship with three detectives, but every time I follow up, they say a detective has to still be assigned to the case. After a long holiday [weekend], they are inundated with these reports.”
Ferrante agreed that during the holidays the department is typically inundated with reports. He said that thefts are not as much of a priority for the investigative bureau as robberies and burglaries are considered violent crimes,, but they will attend to them as soon as possible.
The Toffs’ video has been viewed over 20,000 times on Facebook and other outlets, and other people have told Cristina that they have been victims and gave suggestions about the woman’s identity. The video can be seen at https://www.youtube.com/watch?v=5DPaNLqZAvc.

An increase in larceny

“We have an 11 percent crime increase year to date, and it all stems from the larceny line of the Uniform Crime Report,” said Ferrante. He said larceny includes identity thefts, bicycle thefts, shoplifting, and package thefts.
Ferrante said he believes there are several reasons for the increase.
“There are more mailing addresses in this city, and an increase in residences and population,” he said. In addition, “I think more people are taking advantage of ecommerce and shopping online.”
He also said that criminal justice reform has caused the way the police handle the perpetrators to change.
“Prior to criminal justice reform, a repeat offender was arrested and transported to the Hudson County Correctional Facility until their court date,” said Ferrante. “Now they are released with a summons until their day in court, as thefts aren’t considered a violent crime.” He said this can lead to recidivism.
“For the victim, it can be the worst day of their life, but for criminal enforcement agencies, it is considered a petty offense,” Ferrante lamented.
He said package thefts tend to increase from Thanksgiving until about January or February. Then, shopping wanes and bad weather increases.
“Almost all package and bike thefts are from multi-dwelling buildings,” said Ferrante. “Someone forgets to close the garage door, or wait to watch the door close when they are leaving and someone takes advantage. It only takes 10 to 15 seconds to take a bike or package.”

Motives, cause, and contributing factors

Ferrante said bicycle thieves are often the perpetrators of package thefts.
“Typically, it is the same demographic doing both. If they have the opportunity to enter a vestibule and take a package, they do, or if they have the opportunity to enter a garage and take a bike they do. It depends on which opportunity they have.”
He said the perpetrators fall into three categories, but the motive is always money.
“One of the most common motives is fueling a drug habit. This person is using five to 10 bags a day and needs the $100 or $200 to pay for their next hit. Often they will steal a package or bike and go to fences out of the area for cash.”
He said other perpetrators are criminals from out of state hiding from law enforcement. Some try to blend in with the homeless population.
“The third group is organized theft rings, and we’ve had that,” said Ferrante. “It’s a small percentage of the thefts in town. We start to work with other agencies, as the thefts are typically in multiple cities involving multiple people.”

Ferrante said it’s difficult for police to always identify a package or bike thief.
“Once it’s in their possession … it’s just a man carrying a box,” said Ferrante. “We have no cause to stop them. The box could be theirs.”
But he said his men are instructed to look for suspicious conduct.
“If it’s 70 degrees out and a man has a big oversized down jacket on and it looks like there is something underneath it, an officer might stop them and have a conversation. Or if someone is walking down the street with two bikes, he can’t ride both, so an officer might stop and ask why he has two bikes,” said Ferrante.

How to protect yourself

“We have got to go back to mindset of the 1980s and 1990s of making our homes harder targets,” he said. “You want your home to be harder to get into than your next door neighbor’s. The best way to target-harden your home is by having the best locks and camera systems.”
He said several business and residential buildings with cameras have helped in the apprehension of package thieves.
“Once our detectives have the video they typically recognize them as repeat offenders,” said Ferrante.
The Hoboken Police Department’s website at http://www.hobokenpd.com/crime-prevention/ lists several tips on how to prevent package thefts, like choosing a shipping option that requires a signature, checking the online package delivery status so you can ensure you are home when it arrives, and posting a note asking that the package be left with a neighbor.
It also recommends having the package shipped to an office or friend’s home or have the delivery service hold the package for customer pickup.
If a package is stolen, the Police Department recommends that the victim file a theft report as soon as possible as well as contact your credit card company to find out if it offers a purchase protection service that may reimburse you for the stolen item.
“Most times, companies will reimburse the victim if they show a filed police report,” Ferrante said.
He also said those with high-valued goods stolen have the option to go through the Victim Witness Advocacy Program in Hudson County for a reimbursement.
The Office of Victim Witness Advocacy can be reached at (201) 795-6508.