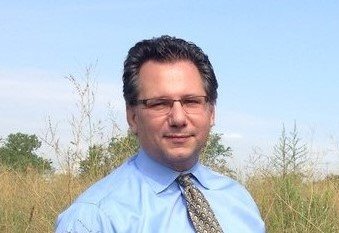 BAYONNE – Bayonne City Business Administrator Joseph DeMarco announced that he is stepping down from his position with the city to manage Mayor James Davis’s re-election campaign, effective December 18. DeMarco, originally from Jersey City, managed Davis’s 2014 mayoral campaign after three years as Business Administrator in West New York and two terms on the Bernardsville Town Council, where he now lives. He received his jurist doctor from the Fordham University School of Law, B.A. from Boston College, and graduated from Saint Peter’s Prep in Jersey City.
“Joe DeMarco has been an instrumental part of my administration since the beginning and his hard work and dedication to moving Bayonne forward has been essential to the renaissance we’re now seeing in our city,” said Mayor Davis. “With this decision Joe will be able to devote his full time and attention to running the campaign, avoiding any potential conflicts and keeping politics and government separate, as they should be. There is no one else I would rather have running this operation and I look forward to working with Joe and our entire team over the next six months to make sure we keep Bayonne on the path toward a bright future.”
Davis will run against Jason O’Donnell, a former Democratic Assemblyman and Bayonne firefighter, in the mayoral election in June.

Facebook
Twitter
Email
Print
Previous articleDo you have a piece of creative writing in the works, or a story in your head?
Next articleLiberty Science Center planetarium is the now the largest in Western Hemisphere

Columbus Day is About Honoring Our Diversity