Do you have a piece of creative writing in the works, or a story in your head? 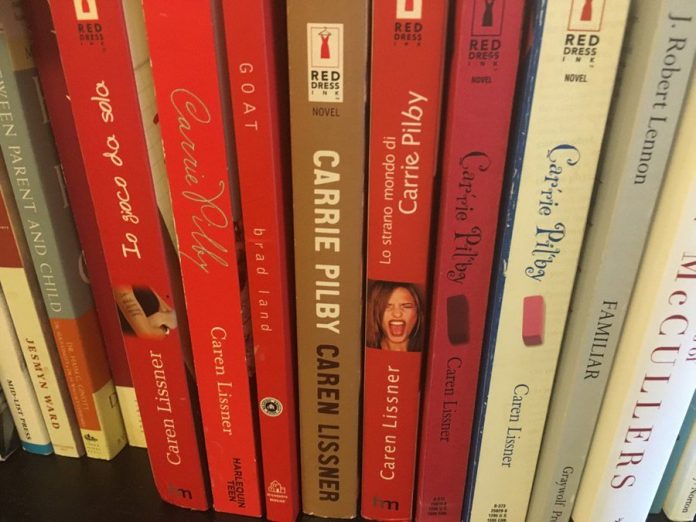 Reporter editor and published novelist Caren Lissner is bringing her one-shot writing class to Little City Books in Hoboken again in January. Do you have an idea for a novel, story, memoir, essay, or script, or do you have something partly written but don’t know the next steps? You can bring up to two pages, double spaced (500 words) for critique, or just sit in on the class and get feedback and advice on how to get published.
The next “Get It Out” class takes place Tuesday, Jan. 23, from 6:30 to 8 p.m. at the book store, located just three blocks from the Hoboken PATH/light rail station. There’s a nominal fee for those bringing work to read, and a lower fee for those who just want to sit in and participate in the discussion.
“There are so many ways to get published these days,” said Lissner. “Anyone who’s working on a piece of writing is a writer. They shouldn’t be shy about getting it out there.”
Lissner’s humorous first novel, Carrie Pilby, was published in 2003, sold 74,000 copies worldwide, and was released as a movie this year (currently airing on Netflix). She has also published both serious and humorous writing in the New York Times, Atlantic.com, McSweeney’s, Harper’s, LitHub, and National Lampoon. Read more of her writing and advice on carenlissner.com.
Those with questions can reach her via her website. The link to sign up for the class is here (as a reader or as an auditor), or stop by Little City Books at 100 Bloomfield St., corner of First and Bloomfield, Hoboken. 201-626-READ.