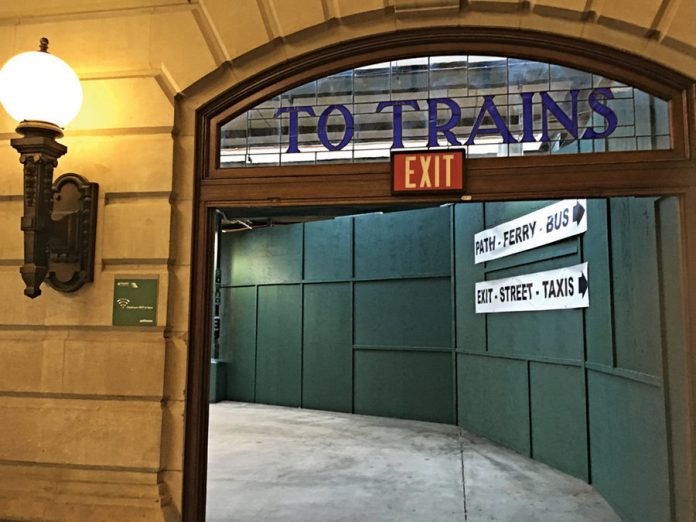 HOBOKEN — Media outlets reported that a man was arrested after he hopped into a NJ Transit K9 vehicle near the Hoboken Train Terminal on Monday morning and allegedly drove into the front doors of the waiting room.
No one was injured.
Train service was not affected by the crash, but several other transit delays and tie-ups angered commuters Monday morning.
The FBI’s New Jersey office was investigating along with police, as a safety precaution.