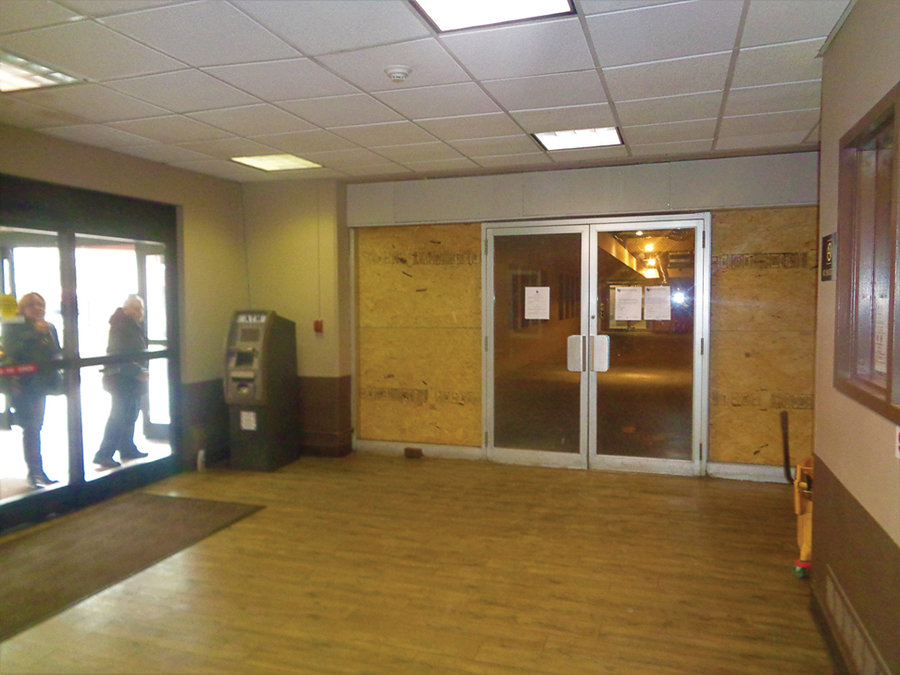 Senior residents at the North Bergen Housing Authority’s Lawler Towers will see a newly-renovated community room reopening in March, but even with the upgrades, some are upset about the timing behind the work, because it began just before Christmas.
“The Christmas party was canceled in December,” said one senior resident, requesting anonymity, at the Towers Monday morning.
“The community room is a meeting place for a lot of people,” the resident said. “They play Bingo there, and they have an official Bingo night on Thursdays. And that was canceled. Seniors have their parties there, seminars, and workshops.”
The work will bring brand new windows, an updated entryway, new flooring, walls, ceiling tiles, a gray and maroon color scheme, and new kitchen with appliances to the room, according to officials.
But the resident claims other residents have been unable to find replacement space for their activities, and that management did not provide them with one.
She also argued that doing winter renovations keeps residents from a warm space to congregate, as they usually go outside to chat only during warmer months.
“The complaint was, they did it when the weather was cold,” the resident said. “If they had done it in the summertime, people could’ve sat out here.”

“We were using the room to visit and learn about each other,” said another anonymous resident. “It’s been stressful because we have no place to go, especially in the wintertime. Even inside the lobby, it’s freezing.”
The resident did admit though that “it’s probably going to be for the best of us.”
The NBHA had its contractor install a temporary walkway in the community room during renovations, to allow residents access to the building’s laundry room without going outside. However, it is not currently set up for recreational activity. For any essential gatherings, the authority is also offering bussing to other community rooms during the shutdown.
Gerald Sanzari, the authority’s executive director, admitted that, “I know they were disappointed, and they wanted to have their Christmas Party.” But, the authority did offer to have it at another nearby building, which the seniors refused, he said.
“With progress, sometimes, you have to make some sacrifices,” Sanzari said. “Like when you have to go to a hotel and they say, ‘Pardon our appearance, we’re under construction.’ In order to give them a grade A place to live, sometimes you have to make a little bit of a sacrifice. I don’t think three months is unreasonable.”
The renovations will cost roughly around $400,000, Sanzari said. It will be paid for by a modernization capital improvement fund, around $1.2 million annually.
“We get it every year,” Sanzari said.
“The seniors are going to love it,” he added.