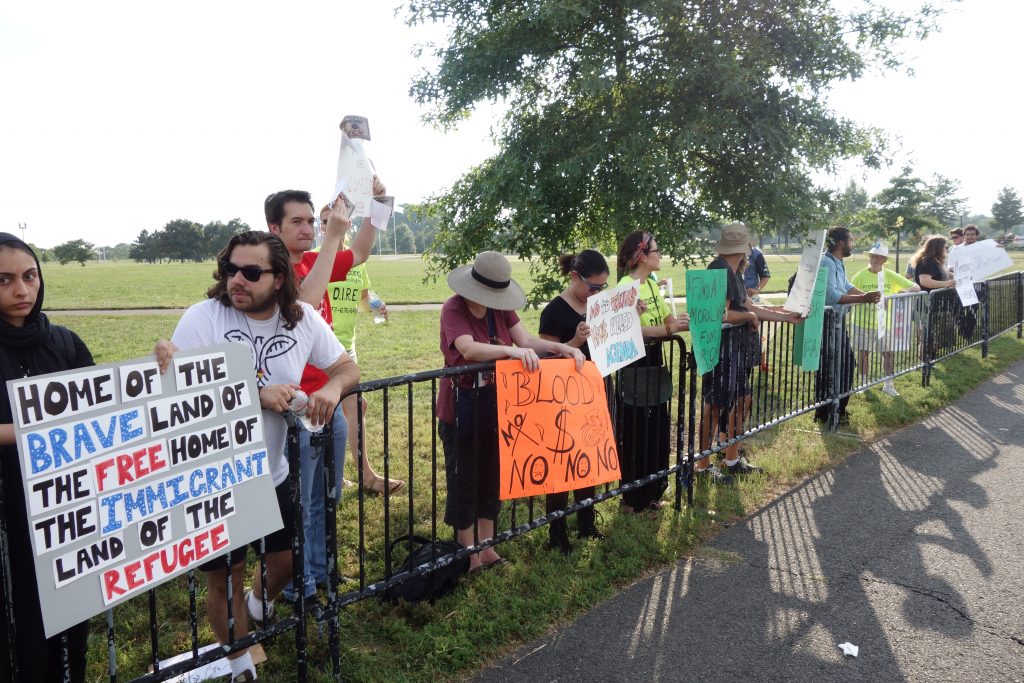 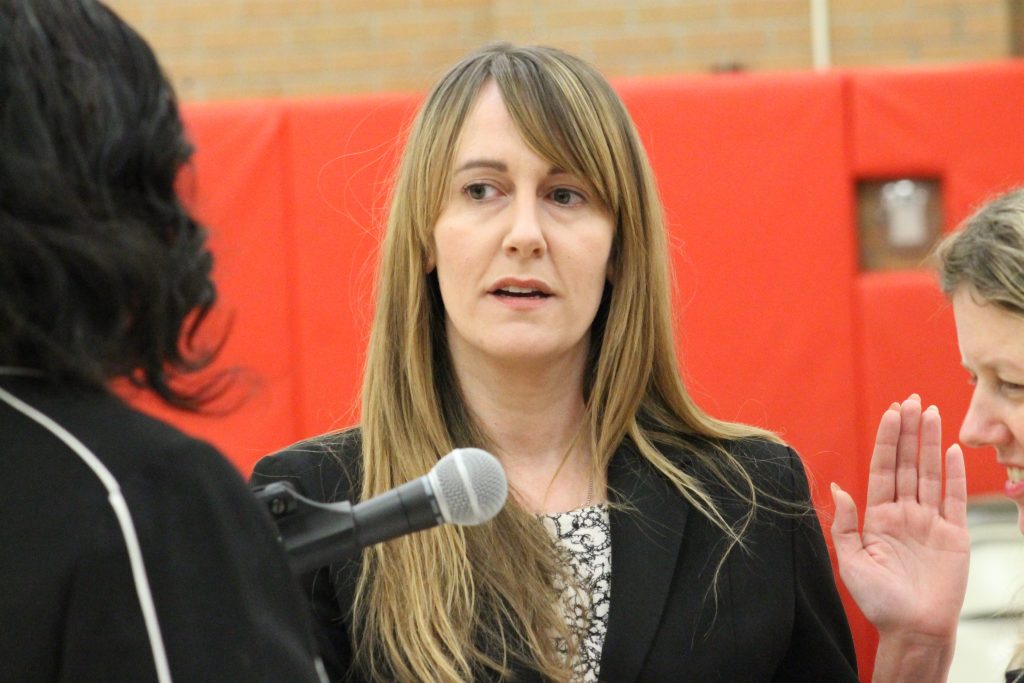 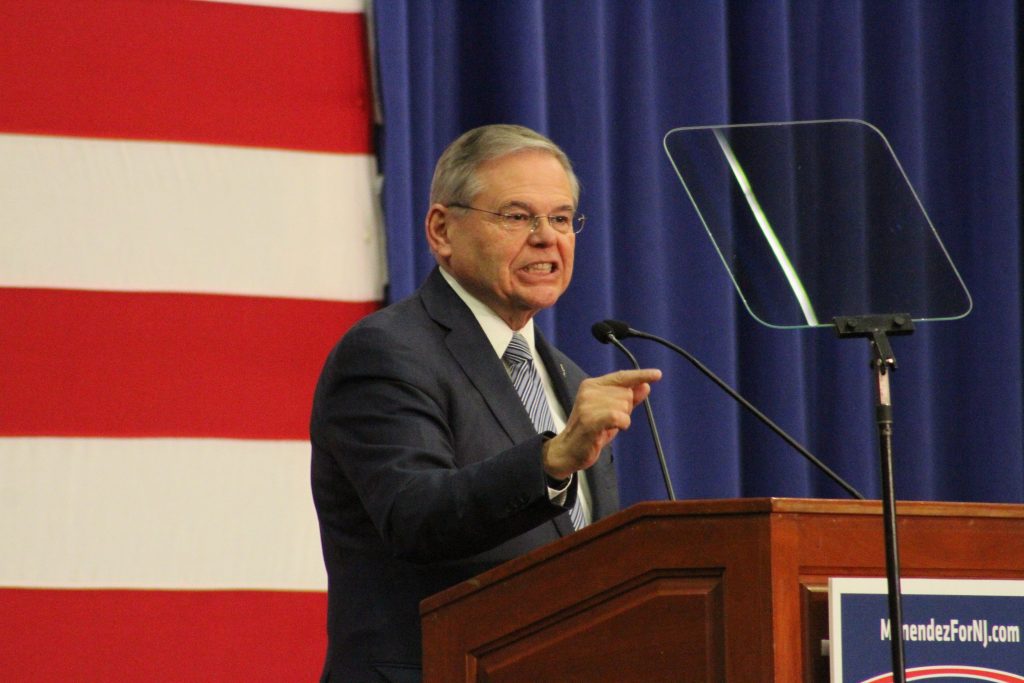 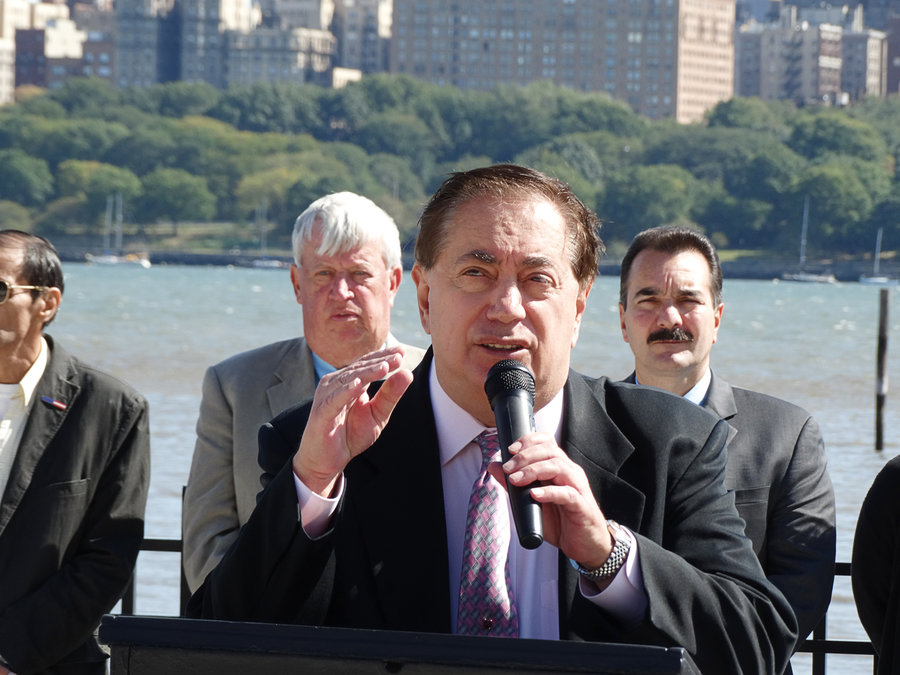 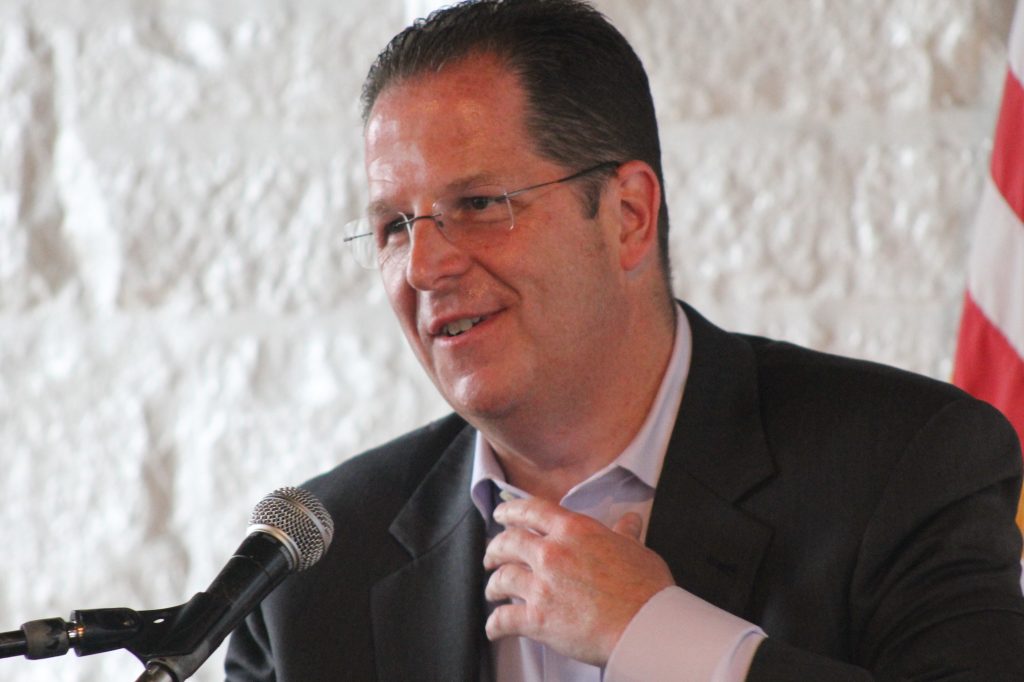 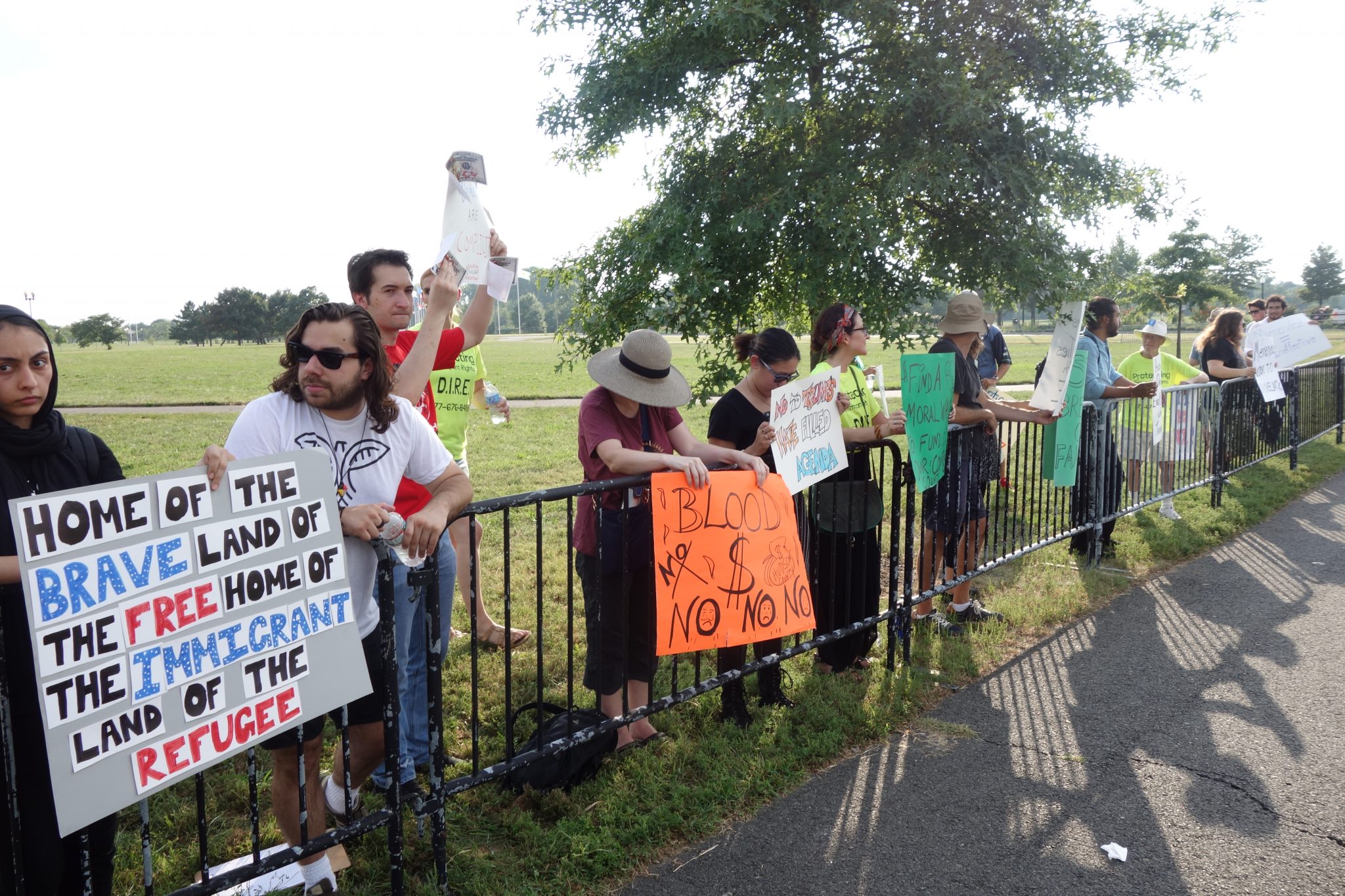 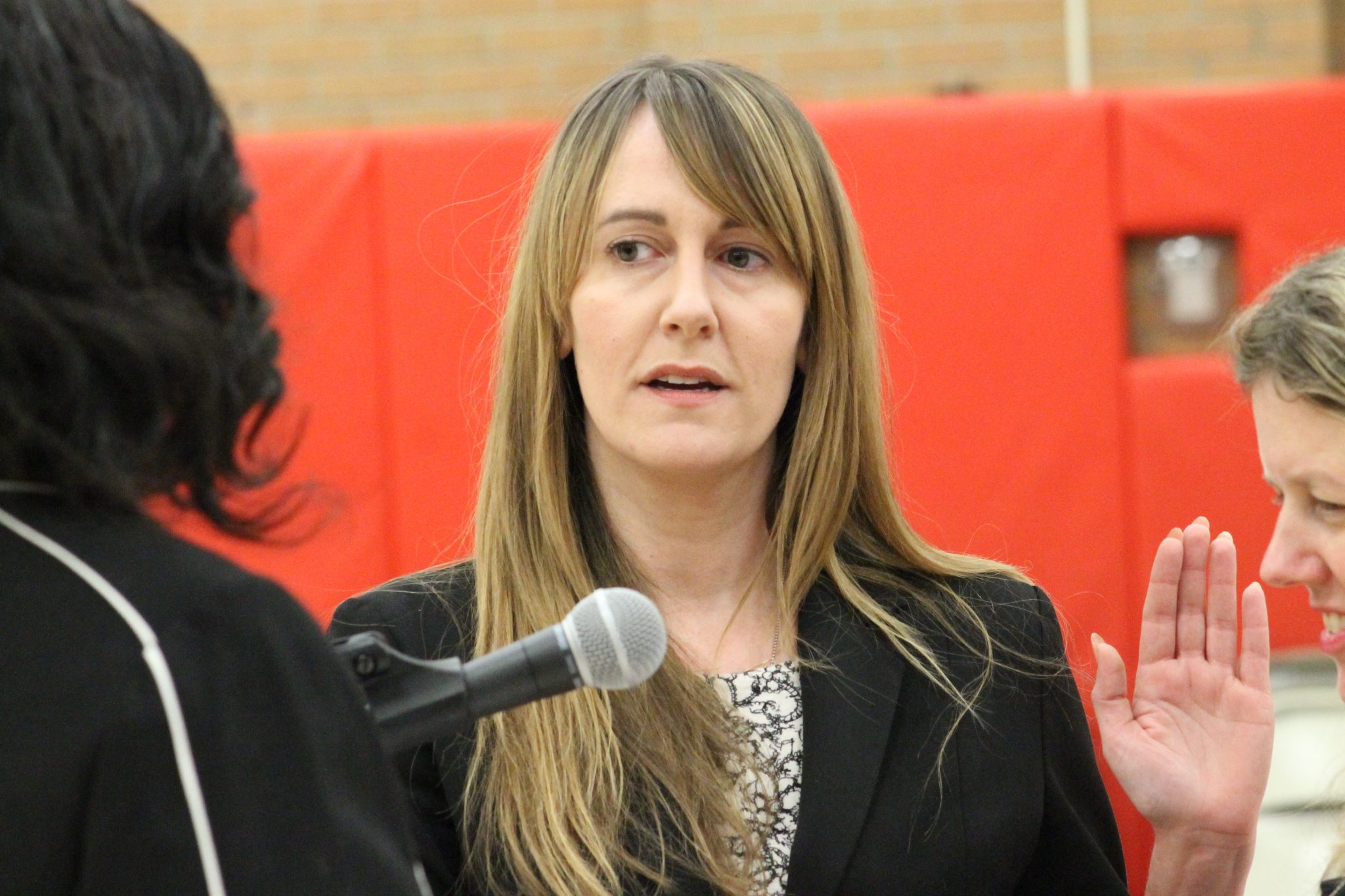 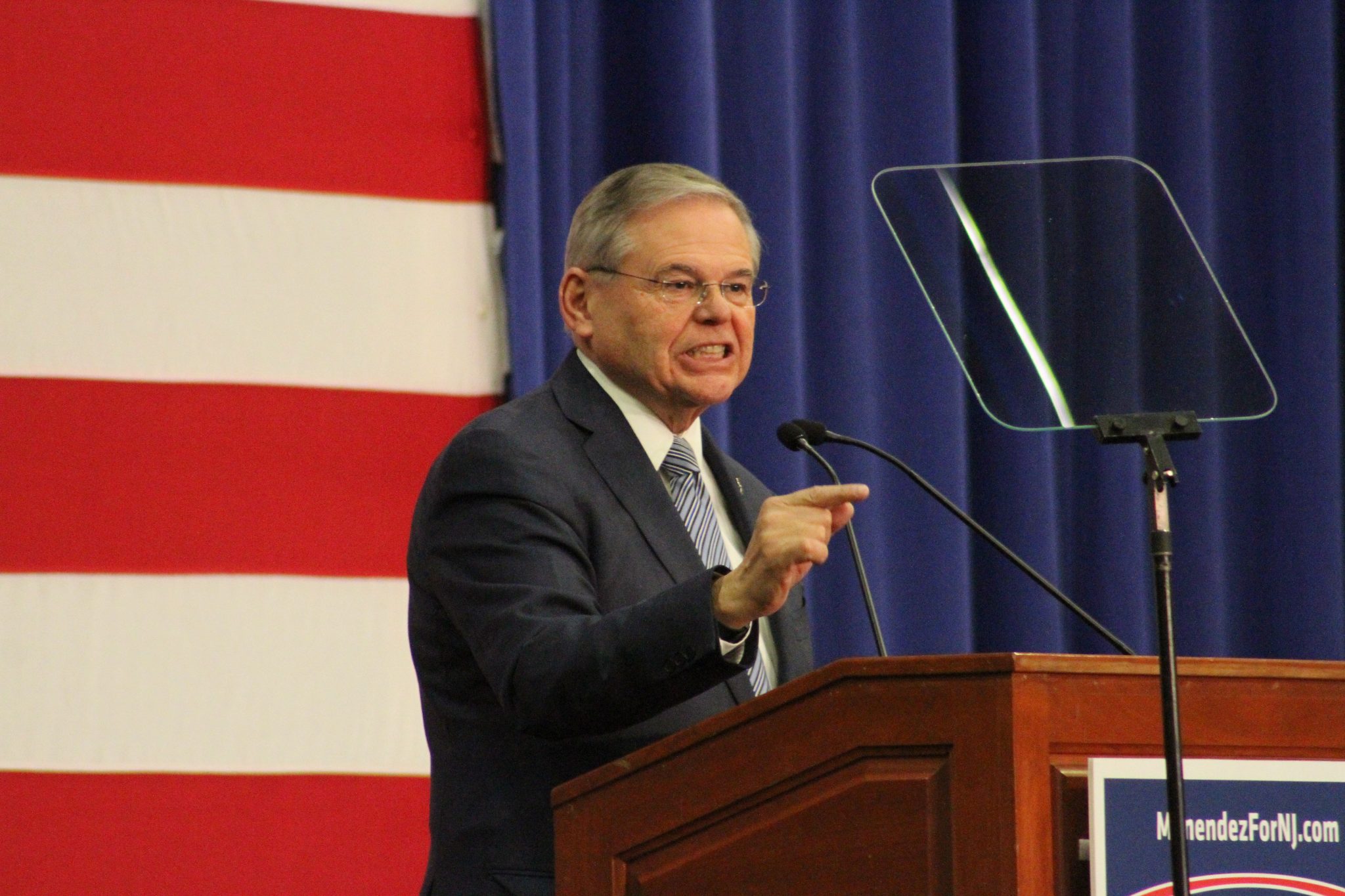 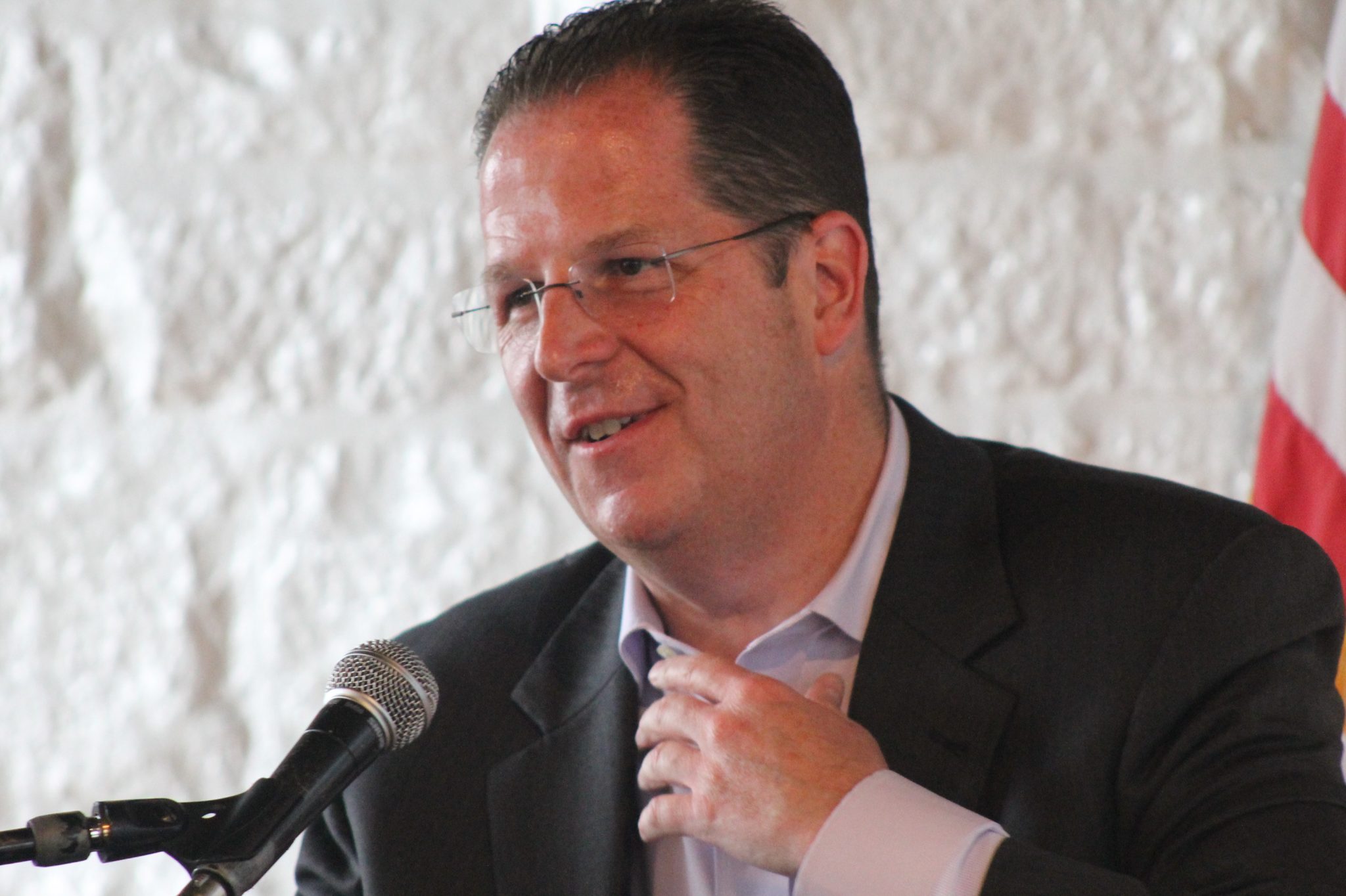 The year 2018 found Hudson County energized by memorable people, important organizations, and trends that reflected what was happening around the country and around the world. Here is the Hudson Reporter’s list of local luminaries, dodgy characters, major events, cultural shifts, or silly happenings that were influential in 2018.

Activists and elected officials rallied to end the Hudson County Board of Freeholders’ arrangement with federal Immigration and Customs Enforcement (ICE). With the renewal of a contract, the county will rake in roughly $35 million yearly for keeping hundreds of ICE detainees in a county-run prison in Kearny. Opponents decry the county receiving financial benefits for facilitating the steadily-increasing ICE raids across the state. First Friends and others, including Rev. Tom Murphy of Jersey City’s Saint Paul’s Episcopal Church, forced the county to provide improved conditions, medical care, legal representation, and visitation rights.

As the first woman chair of the Hudson County Democratic Organization, DeGise has the potential to completely restructure county politics. Her progressive ideas appear to jibe with the county’s younger population, steering politics away from the old boys’ network.

The U.S. senator survived a criminal case against him as well as two grueling battles in the primary and general elections. He will fight to bring federal funding for the sorely needed Gateway Tunnel project.

He has been mayor since 1991, and a state senator since 1994, representing the 32nd district. He will seek another term as mayor, holding significant influence over local education as a former superintendent and board of education commissioner. This year, we’ll see another electoral showdown between the mayor and his long-time opponent, Larry Wainstein, a local business owner.

He ran unopposed and will continue to serve as a state senator representing the 33rd legislative district. Though defeated by Amy DeGise for the Hudson County Democratic Organization Chair, he holds sway on local, county, and state issues.

While the Port Authority of New York and New Jersey and NJ Transit interrupt service to institute positive train controls, NY Waterway picks up the slack. It has also obtained permits, against intense local opposition, from NJDEP and the Army Corp of Engineers to use Hoboken’s Union Dry Dock as its homeport for refueling and maintenance. Opponents cite the safety of recreational boaters in Hoboken Cove and sea life in the estuary. SeaStreak is the newest private ferry operator to come to Hudson County. The company secured a location at Bayonne’s former Military Ocean Terminal Base to shuttle residents to and from Manhattan and the Jersey Shore.

Food and Water Watch activists oppose the proposed North Bergen Liberty Generating power plant, citing diminishing air quality. Fund for a Better Waterfront urged the city of Hoboken to buy Union Dry Dock so that it could become a park.  Other groups working on environmental issues are JC Together, NJ Future, and Sustainable JC, as well as the Hackensack Riverkeeper, the Baykeeper for Newark Bay and Friends of Liberty State Park.

Christine Goodman, founder of Art House Productions, is now head of cultural affairs for Jersey City. Meredith Burns took over as executive director of Art House, expanding programs in the quarterly First Friday events, often with the help of developers such as Manhattan Builders and Paul Silverman. And the Golden Door International Film Festival attracts filmmakers throughout the county and the world.

The city of Hoboken organized and hosted the first annual Hoboken Arts Gala. Members of the arts community were on hand, including Liz Cohen Ndoye and Ricardo Roig. The community worked with Mayor Ravi Bhalla to sign an executive order stipulating that 1 percent of every bond ordinance support the arts.
Cheryl and Christopher Mack moved to Bayonne from Brooklyn nearly a decade ago and have since opened an art gallery, launched a print publication, and hosted the new Bridge Arts Festival. Union City’s Lucio P. Fernandez, commissioner of public affairs, helped establish the NoHu International Short Film Festival, the Hispanic Food Festival, and the Union City Artist Awards. He runs local television shows and has written books and made documentaries detailing Union City’s history. He is a founding member of the William V. Musto Cultural Center and Grace Theatre Workshop, which provides free performing arts lessons to Union City children.

The Hudson County Executive survived the biggest challenge to his leadership since 2003 this year. But he also faced backlash from immigration rights groups for the county’s continuing housing of federal immigration detainees. His decisions regarding the detention center will affect people throughout the county.

He reopened the city’s constituent affairs office and created a homelessness task force. He appointed Hoboken’s first LGBTQ community liaison, Laura Knittel, and passed legislation making all single-use-occupancy bathrooms gender neutral. Several development projects are ongoing including one for the western edge, and the new Hilton Hotel. He continues to try to hold off NY Waterway’s takeover of the former Union Dry Dock site.

The state senator’s legislation helps former inmates throughout the state. This year, she brokered a deal that helped establish a payroll tax in Jersey City to help make up for drastic cuts in state aid.

Brennan filed charges of rape against a fellow worker for the Phil Murphy campaign in April 2017. Her case may have an impact on how local rape cases are handled in the future.

As the first woman Hudson County Prosecutor and the most powerful law enforcement person in the county, Suarez has become a role model for young women, but her handling of the Brennan rape case has come under scrutiny.

NJCU expanded along the west side of Jersey City, becoming part of a massive redevelopment of the old industrial area along Route 440. HCCC named a new president, who added new programs and expanded its services to a location in Secaucus. St. Peters University, as well as other colleges in Jersey City, unveiled new programs and agreements to expand educational opportunities. Stevens Institute of Technology is undergoing massive expansion, rezoning its property to accommodate new student housing and facilities.

The Hudson County Freeholder is one of nine in the county; he represents North Bergen. Vainieri was reappointed as chair of the Hudson County Freeholders. He oversees budgeting and property decisions as well as the board’s involvement with county-run judicial systems, law enforcement, educational institutions, economic development branches, and housing development. And he is widely seen as the heir apparent to Nicholas Sacco’s political domain in North Bergen.

The two pumped up their vote count in North Hudson to rival Stack and Sacco’s numbers this year. They are expected to lead an alternative ticket in West New York to drive out West New York Mayor Felix Roque. Sires, a former West New York mayor and representative of New Jersey’s 8th U.S. Congressional District, will back efforts to oust Roque from office.

Though politically damaged, the mayor remains strong in Jersey City where he retains a 70 percent approval rating. His plans for development of affordable housing in a massive project along the Hackensack River side of Jersey City could have a ripple effect throughout the western part of the county.

They continue to pressure local and county legislators to provide more services for the community, while Riaz Wahid, Erik-Anders Nilsson, and Jessica Hellinger are on the streets each weekend helping the homeless. Teaming up with the Garden State Episcopal Community Development Corporation, they lobbied the county to provide a warming center to handle homeless persons who cannot find room in shelters.

As head of the Hudson Pride Connections Center, Billy is working to establish a permanent home for the center and expand services to the LGBTQ+ community.

This Jersey City-based nonprofit led by Margaret Abrams helps domestic violence victims, and could focus attention on the issue after several women were killed, allegedly by their partners, in Jersey City last year.

A mandarin duck that achieved celebrity status for mysteriously appearing in Central Park touched down across the Hudson River, in North Bergen’s Braddock Park. The species is native to eastern Asia, so how he landed in North Bergen is anybody’s guess.

The mayor has announced  his incumbent run in the May 2019 election, amid efforts in town hall to oust him. Roque will have to beat three of the commissioners in his own slate, Gabriel Rodriguez, Cosmo Cirillo, and Margarita Guzman, in what is sure to be a long-drawn campaign for the win on May 14.

Five pedestrians have died crossing this dangerous highway since 2014. Some improvements were made to the crosswalk on 22nd Street, and city officials hope to extend the 34th Street pedestrian bridge across Route 440. Meanwhile, residents have more and more reasons to cross. A ferry terminal, a Costco, and thousands of units of residential housing are planned for the area west of Route 440.

The Bayonne Board of Education Trustee shocked the political establishment in Bayonne when he won his seat in 2017. Alonso ran outwardly as an anti-government Republican in the non-partisan election, appealing to a large swath of Bayonne voters disenchanted by rising property taxes.