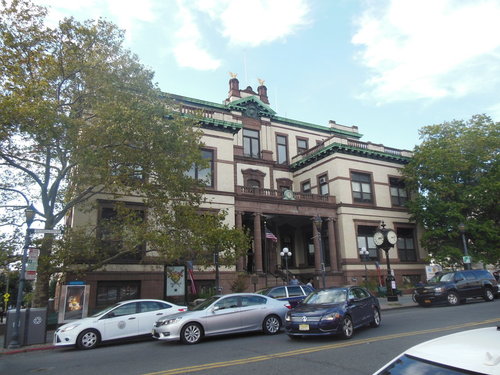 According to a Hoboken press release, a proposed settlement agreement between Hoboken and the developer, Applied Development Company, has been reached in the ongoing Monarch case.

The proposed settlement, negotiated by Mayor Ravi Bhalla’s administration would temporarily prevent the development of two 11-story high-rise residential buildings along Hoboken’s uptown waterfront. It will also allow the city and Applied to negotiate a Redevelopment Agreement with the goal of transferring the Monarch site to the city.

According to the release, the settlement if approved by the city council, would mean that the developer would give up the right to develop on the Monarch site in exchange for redeveloping the Public Works Garage at 256 Observer Hwy, pending the approval of a Redevelopment Agreement.

This development would include a state-of-the-art facility for the Department of Public Works;  4,000 square feet of retail space along Observer Highway;  264,000 square feet of a transit-oriented rental building in scale with the neighboring buildings with zero density above what is provided for in the Municipal Garage Redevelopment Plan; and at least 11 percent of all housing units would be affordable housing.

Once the redevelopment agreement is approved, the city would take ownership of the Monarch site for public open space.

Applied Development Company would also pay the city up to $1 million for the removal of debris or other public improvements related to the settlement.

“This settlement is a win for the City of Hoboken,” said Mayor Bhalla. “Not only does it protect our precious waterfront from development and preserve the site for open space, but it also presents an opportunity to revitalize an area in downtown Hoboken. And, a new, state-of-the-art municipal garage will facilitate improved public works services. While we have work to do over the next several months to finalize this proposed deal with a Redevelopment Agreement, this settlement is a critical step forward.

Updates will be provided to residents during an August meeting of the city council when it will vote on the Monarch settlement.

The settlement allows the city to negotiate the terms of a Redevelopment Agreement over the next several months, which will also be presented to the city council.

The transfer of the Monarch site to the city for the purposes of open space will occur only if the Redevelopment Agreement is agreed to and approved by the city council at a later date.