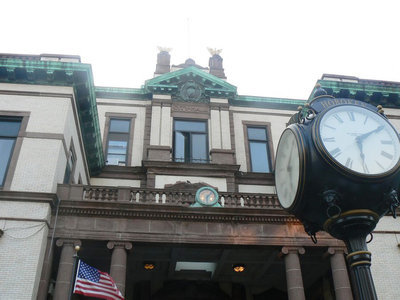 Mayor Ravi Bhalla has announced that he is placing two waterfront initiatives on the Aug. 7 City Council meeting agenda for council approval.

The first item is a resolution authorizing a proposed settlement of the Monarch dispute that would prevent two eleven-story buildings on Hoboken’s northern waterfront.

The resolution authorizing the Monarch settlement requires one council vote. If the settlement is approved, the city will then negotiate the terms of a Redevelopment Agreement for Applied Development Company to develop the Municipal Garage site on Observer Highway over the next several months. The final transfer of the Monarch site is contingent on the city council’s future approval of the Redevelopment Agreement.

The second agenda item is an ordinance which would authorize the city to make an offer to New York Waterway for the purchase of Union Dry Dock for the purpose of a public park, and acquiring this property through eminent domain if the parties fail to agree on a purchase price for the property.

“Protecting our precious waterfront is of the utmost importance to my administration,” said Mayor Bhalla. “I strongly believe it should be preserved for open space, not large-scale residential development or a heavy refueling station. If we don’t move forward expeditiously, we could lose the once-in-a- lifetime opportunity to finally create public parks at these two waterfront sites. I ask the city council for unanimous support on the Monarch settlement and eminent domain authorization for Union Dry Dock.”

Members of the public are invited to make public comments at the council meeting on these two agenda items.

Residents may email the city clerk’s office at j.lore@hobokennj.gov to sign up to speak ahead of time or sign the speakers’ list at the council meeting.