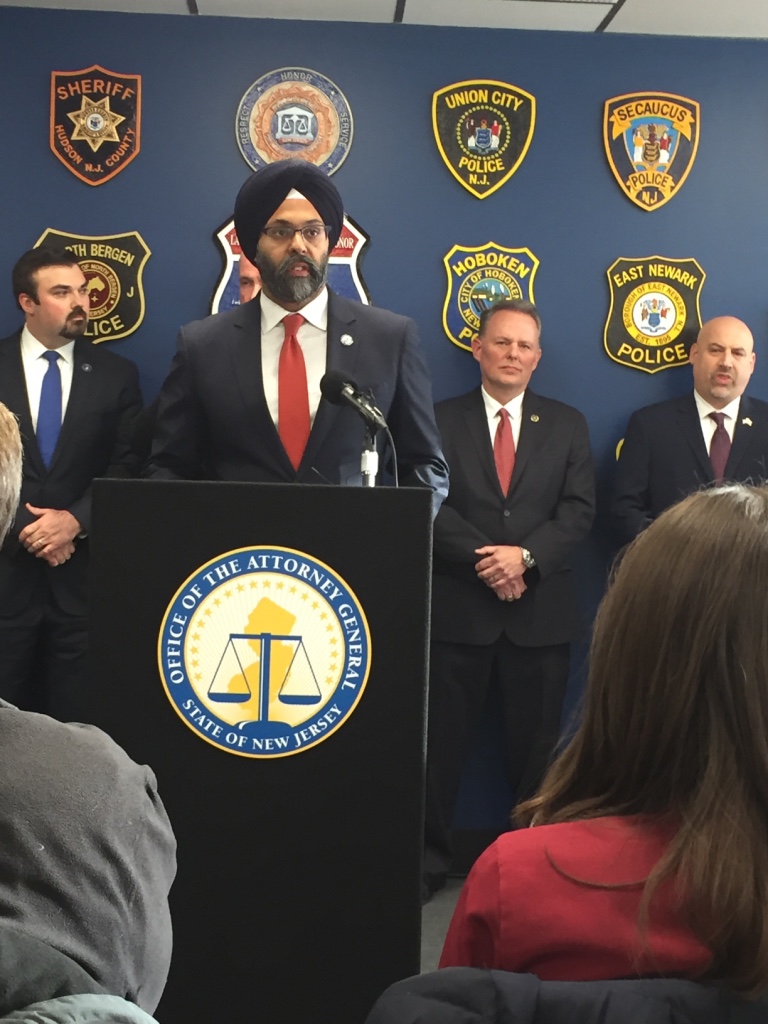 The Dec. 10 shooting at a Kosher supermarket in Jersey City’s Greenville neighborhood is being investigated as domestic terrorism, according to Attorney General Gurbir Grewal, who made the announcement at a Dec. 12 press conference.

“We believe the suspects held views that reflected hatred of the Jewish people as well as law enforcement,” Grewal said, noting that the two suspects identified as David Anderson, 47, and Francine Graham, 50, targeted only the JC Kosher Supermarket at 223 Martin Luther King Drive, the people inside it, and responding officers, not passersby.

Authorities said evidence indicates the two suspects were acting alone and were not part of a larger network or plot when they killed Det. Joseph Seals before driving a van outfitted with ballistic panels to the kosher supermarket.

According to the AG, law enforcement is still trying to determine why the suspects killed Det. Seals and why they selected the JC Kosher Supermarket as a target.

Grewal said law enforcement has recovered “a tremendous amount of firepower,” including five firearms from the supermarket, all linked to the deceased suspects, including an AR-15, a 12-gauge shotgun, a 9 mm Ruger semi-automatic, a 9 mm Glock 17, and a 22 Ruger Mark IV with a homemade silencer and homemade device for catching bullet casings, as well as a pipe bomb, which was inside the van.

He said it is also believed at this time that the three civilian victims, identified as Mindy Ferenz, 32; Miguel Douglas, 49; and Moshe Deutsch, 24, were killed by the suspects minutes after entering the store.

Various media outlets have reported that the van contained a manifesto written by the suspects, but Grewal said they have “not discovered anything we would characterize as a manifesto at this point.”

He did confirm there was a handwritten note but would not speak as to its contents.

He did say that they had identified various social media accounts that “expose certain viewpoints,” which they are authenticating, “but based on what has been collected so far, including witness interviews, the suspects reflect a hatred of Jewish people and a hatred of law enforcement.”

He also said that despite media reports, the suspects are not formally linked to the Black Hebrew Israelite movement but showed an interest in it.

The pair are prime suspects in the death of Jersey City resident Michael Rumberger, 34, a livery driver whose body was found in the trunk of a Lincoln Town Car over the weekend.