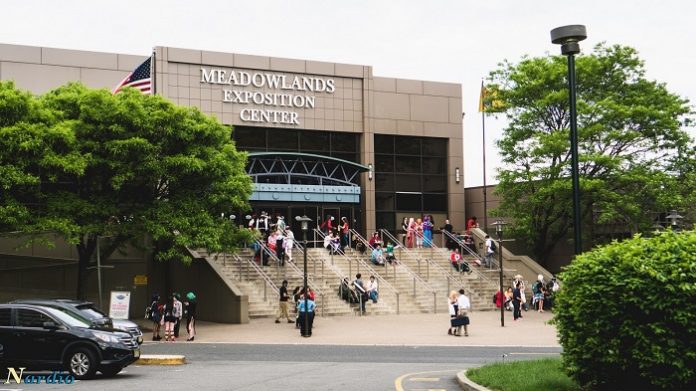 A temporary field hospital will be set up at the Meadowlands Convention Center in Secaucus amid the COVID-19 pandemic, according to Gov. Phil Murphy.

“At this moment, our hospital networks, while they are under tremendous stress, are currently meeting the needs of the patients who require hospitalization,” Murphy stated. “But we must be ready for the time when the surge comes and this is no longer the case.”

Murphy has been working aggressively to rapidly expand hospital capacity as the state copes with the ongoing pandemic.

New Jersey currently has 18,433 acute care beds, including 2,000 beds for those requiring critical care. Over the next several weeks, the goal is to increase that capacity by 2,360.

“We’ve been working with USACEHQ to ready wings in hospitals across NJ, working directly with our hospital systems to build-out capacity within their current facilities,” Murphy stated.

The USACEHQ is the Army Corps of Engineers Headquarters.

That may not be enough, and the state is preparing for that scenario. The New Jersey Department of Health is working on bringing closed hospitals back into service.

“With these steps, we can bring 1,360 new beds online,” Murphy stated.

Despite these efforts, the more immediate solution may be the construction of temporary field hospitals in various regions of the state.

The state has identified three locations where temporary hospitals can be set up, one in each region: north, central, and south.

An additional 1,000 beds can be activated in a matter of days or weeks through the construction of the the temporary hospitals.

The first site will be 250 beds at the Meadowlands Convention Center in Secaucus, according to Murphy.

“We will begin work immediately in hopes of having it fully functional and ready to call into service,” Murphy stated.

These steps will allow the state to expand hospital capacity rapidly in the short term, and ensure the continuity of care for residents who need it and greater flexibility for the healthcare system to respond to this emergency.

“I’m extremely grateful to President Trump and to FEMA for making the field medical stations available to us,” Murphy stated. “I spent a tremendous amount of time and energy last week burning up the phone lines to the White House, to President Trump and Vice President Pence directly, and the congressional leadership fighting tooth-and-nail for direct financial aid to New Jersey.”

It is not yet clear when the hospitals will be set up and ready to take patients.

Search ongoing for identity of suspect in Secaucus sexual assault