As the COVID-19 pandemic death toll continues to rise across Hudson County, local communities have come together to honor those they have lost. While the elderly are the most at-risk to the virus, first responders treating patients on the frontline of the pandemic have also been hit hard.

Recently, two North Hudson first responders have died as a result of COVID-19.

Officer Ruperto grew up in Union City and graduated from Emerson High School in 1986. In 1999, he graduated from the Bergen County Police Academy, Class #82. Officer Ruperto was one of the original members of the Emergency Services Unit (ESU) and was most recently assigned as a detective in the Training Division.

Chief of Police Nichelle Luster had only kind words to offer for her fallen officer.

“Alex was kind, patient, soft-spoken and genuine. My heart breaks for his family and his UCPD family, especially in ESU as they knew him best.” Chief Luster said. “It is devastating that his family and co-workers who could not be by his side when he passed. Alex was a good person and an exceptional officer and I know we will all remember him fondly.”

Mayor Brian Stack also offered his condolences for the loss of Officer Ruperto.

“My heart is heavy today after learning of Alex’s passing,” Mayor Stack said. “I have always known Alex to be a consummate professional who is competent and compassionate. My thoughts and prayers are with Alex’s family, friends and his fellow officers in the police department. I ask at this time that all residents of Union City keep Alex’s family and the Union City Police Department in your thoughts and prayers.” 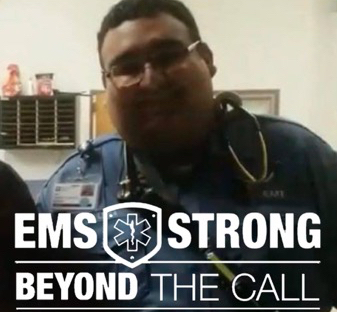 In North Bergen, a young EMT has also suffered an untimely fate fighting the war against COVID-19.

The Township of North Bergen announced on April 8 that 39 residents have died from COVID-19. Thirty of the residents who passed away belonged to nursing homes in the Township, including Hudson View, Hudson Hills, and the Harborage.

Among the other nine residents who died was first responder Kevin Leiva, an EMT in the township, who passed away from COVID-19 at age 24. Leiva was an EMT in North Bergen and at St. Claire’s Hospital. A Paterson native, he lived with his wife Marina in Pompton Lakes.

“Our hearts are heavy hearing about the loss of one of our North Bergen EMTs,” Mayor Nicholas Sacco said. “My condolences go out to his family, friends, and coworkers.”

Gov. Phil Murphy also offered his condolences to his family, honoring him in a post on social media.

“Kevin was only 24 years old,” Murphy tweeted on April 9. “We thank him for his service to our state and to our families. We will not forget him.”

While the elderly are at the highest risk of contracting COVID-19, Leiva’s death is a tragic reminder that the virus can affect anyone regardless of age.

His passing is also a harrowing reminder of the huge risk that first responders, including EMTs, nurses, doctors, and other healthcare workers take in working on the front lines to keep residents safe during the stay-at-home order.