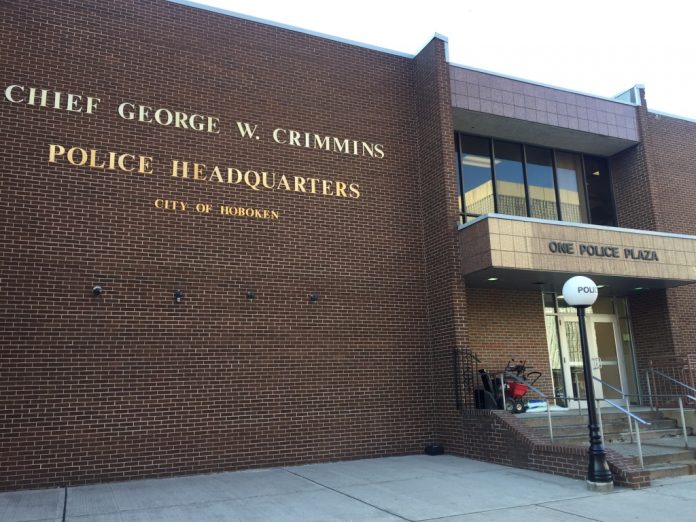 Hoboken Police officers arrested resident John Vogel, 60, on April 18 at 1:09 p.m. after he allegedly brandished a knife at another man, according to a press release from the Hoboken Police Department.

At 12:59 p.m. Officers Wilfredo Gomez, Nathaniel Arocho, and Samuel Flores responded to the area of Fourth Street and Willow Avenue on a report of a man allegedly brandishing a large knife toward another male.

When officers arrived, they were approached by the caller who said he overheard two men arguing, and one of the men had a large knife in his hand.

The caller pointed out the man who was allegedly holding the knife, standing in the area of 423 Willow Ave.

Officers approached the man, identified as John Vogel, and conducted an investigation.

Vogel was allegedly in possession of two knives. One knife was 14 inches and the other 8 inches long. Vogel also allegedly had Pepper Spray Gel 50 grams.

While Vogel was being placed under arrest, he allegedly said he was COVID-19 positive, stating that he smelled the virus in his stool, so he went to the hospital.

Vogel allegedly said the hospital mentioned to him that he could be positive, but he didn’t know if he had been tested.

All officers were wearing their Personal Protection Equipment at the time of contact with Vogel, according to the press release.

Vogel was transported to headquarters where EMT’s saw him, and he refused any further medical treatment.

Vogel neither displayed nor stated he had any signs or symptoms of the virus at the time of the arrest.

The second man allegedly involved in the argument was not found.

Vogel’s charges were placed on a warrant, and he was transported to the Hudson County Correctional Center after he was processed, and an outstanding Hudson County Superior Court warrant for his arrest was found.