As the COVID-19 pandemic sweeps Hudson County, many residents have tested positive and some have died. Most municipalities across the county are reporting the number of confirmed cases and the death toll daily, online or on social media.

Recently, reports suggest that these numbers may not provide the clearest picture of the actual toll, as late registered deaths are added to the total. Researchers discovered on April 22 that the first death from COVID-19 occurred in California on Feb. 6, 23 days earlier than what was previously thought to be the first U.S. death, on Feb. 29.

Every week, the Bayonne OEM has released graphs and charts to coincide with the city’s virus statistics. The graphs in this story are based on data available on April 20.

While the numbers may have changed since then, the information gives insight into Bayonne residents who are getting sick. 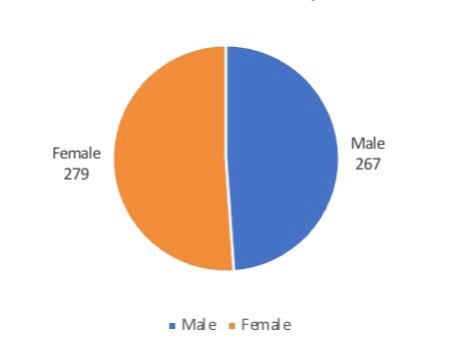 Most of the cases occur in residents between the ages of 31 to 60, with residents over age 60 following behind. 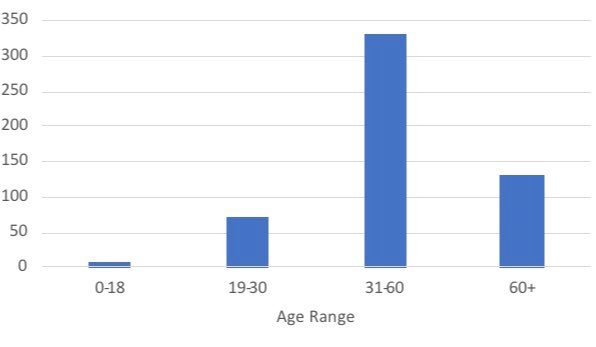 OEM released data from the drive-thru COVID-19 testing site at Veterans Stadium near West 25th Street, set up by Bayonne Medical Center (BMC) and serving all residents by appointment only.

The site has tested 270 people, yielding 74 Bayonne residents who tested positive. Most residents have been tested at BMC, because the drive-thru facility expanded recently, on April 13, to include all residents by appointment.

At BMC, 835 people have been tested, yielding 479 positive cases. This number includes residents from outside of Bayonne.

As of April 20, 5 percent of residents who are positive with COVID-19 are hospitalized at BMC. Twenty-six residents are inpatients. The rest of are recovering at home. OEM did not release further statistics, noting it did not have statistics about local residents at other hospitals.

OEM has released promising daily updates on the number of residents who have tested positive, and the death toll.

The pandemic appears to have slowed down for the moment in Bayonne. On April 20, OEM released daily COVID-19 data from indicating that the number of residents who have tested positive had decreased for the first time.

From April 19 to April 20, the number of Bayonne residents who tested positive dropped from 556 to 542. This was the first decrease in infected residents, according to OEM.

Thirty-eight Bayonne residents have died from COVID-19 as of April 21.