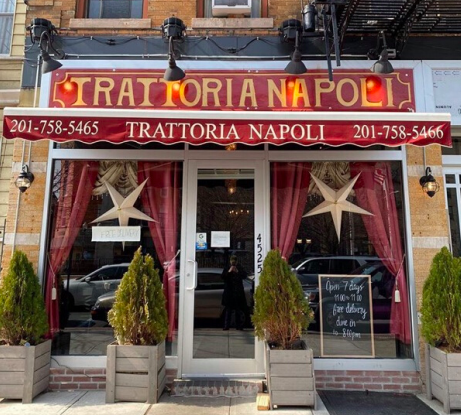 Amid the fear and panic the COVID-19 pandemic may prompt, one local business is serving up kindness, one pizza at a time.

In Union City, Ibriham Abudali is currently offering the community complimentary margherita pizza pies during the ongoing pandemic. There is no charge, the pizzas are absolutely free.

Abudali is doing it for the community he has grown to love. The only rule is one pizza per customer each day.

The community is full of people that may not be getting back to work or who continue to work in healthcare on the frontlines of the pandemic. Abudali and his staff wanted to show support by offering to help out first responders and the people in the community with gourmet margherita pizza.

Abudali started his giveaway March 16 and hopes to continue it until things return to normal.

For residents who wish to get something else to eat, Trattoria Napoli also has their full menu available for take-out and delivery only.

Giving back to a neighborhood that cares

Abudali started the free pizza offer to give back to the community, especially those who may be affected by COVID-19.

The neighborhood has supported Trattoria Napoli and Abudali’s other business nearby.

One time he lost power on his block in the winter when it was very cold. Three people from his neighborhood called to invited him and his family, including his wife and two kids, to stay at their house.

“It was a good feeling when they called,” Abudali told the Hudson Reporter. “It was very cold, we lost the power. There was no heat, no nothing. They offered to let us stay at their house until power returned.”

It was an eye-opening experience for Abudali, which in turn helped inspire him to pass on the good deed to the community via a small margherita pizza.

“Anything I can do for the neighborhood, I will do it,” Abudali said.

In terms of cost, Abudali doesn’t mind. To him, it’s something he can afford for the people who need it.

And it extends beyond just Union City residents to all area locals. The restaurant is located between Union City and Weehawken and serves both communities with the same free pizza offer. 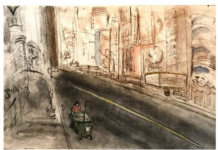