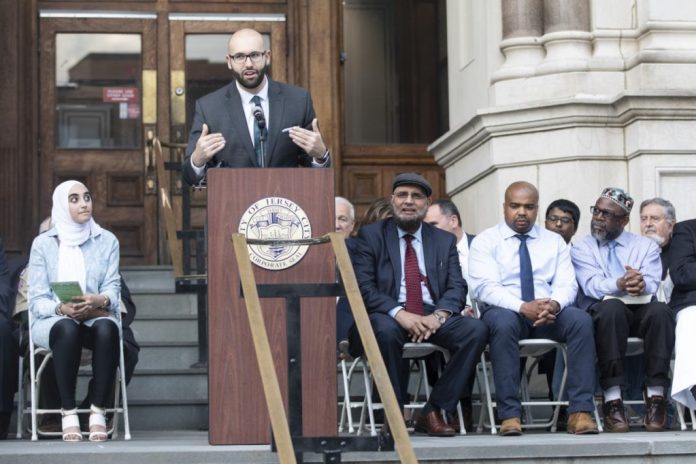 In a 6-2 vote the Jersey City Council appointed Yousef Saleh, a first-generation American who was born, raised, and still lives in the Jersey City Heights, to represent Ward D during a special meeting of the council on April 30.

The seat was vacated by the passing of Councilman Michael Yun who lost his life due to COVID-19 on April 6.

Saleh graduated from McNair Academy in 2007 where he was elected to represent all 30,000 students district-wide as the Student Representative on the Jersey City Board of Education. He went on to obtain his Juris Doctorate from Rutgers Law School where he studied Corporate and Political Corruption.

He served as a Law Clerk in the Jersey City Department of Law from 2014-2015 where his duties included drafting ordinances and resolutions for the city council.

At J.P. Morgan Chase  he works with businesses to maintain regulatory compliance and volunteers to similarly help small businesses on weekends.

Saleh has also volunteered as a board member and treasurer for the Riverview Farmers Market from 2015-2017, and he was a candidate for the Board of Education in 2018.

He becomes the first Muslim to serve on the Jersey City Council, according to Councilman Rolando Lavarro.