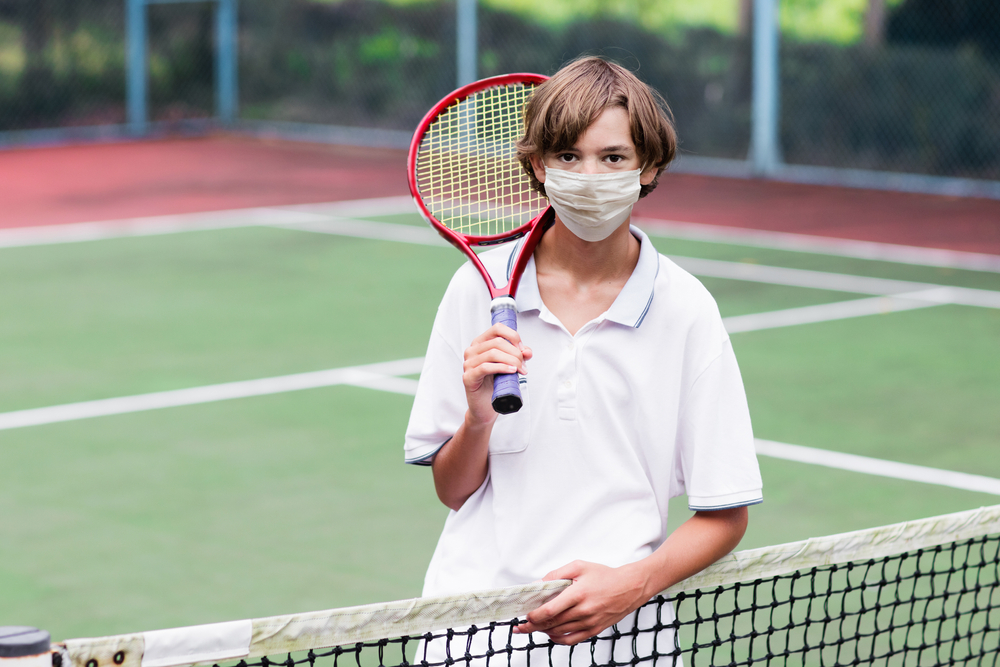 Singles tennis can be played while maintaining social distancing.
×

Singles tennis can be played while maintaining social distancing.

As New Jersey begins to reopen amid the COVID-19 pandemic, some sports are bouncing back.

While North Hudson mayors have agreed to wait on opening certain parks, Braddock Park has opened in North Bergen. And while overcrowding led to some road closures, the park is, in fact, still open to all residents.

However, now in Braddock Park, the tennis courts have reopened as the park continues to provide outdoor entertainment for residents since its reopening.

The tennis courts in Braddock Park are now open by appointment only, since May 23. Residents are advised that strict rules apply and will be strongly enforced.

Registrations and court reservations must be done by phone no more than two days in advance of the requested play time by calling 201-978-1765. Court reservations can be made daily between the hours of 9 a.m. and 4 p.m.

In Weehawken, the Waterfront park three tennis courts are open for singles play. Court time is available by reservation only from the hours of 10 a.m. to 6 p.m. weather permitting. To make a reservation, residents are advised to call the Recreation Office from Monday through Saturday from 10 a.m. until 4 p.m.

At this time, only one-hour of court time reservation per week. A waiting list will be established if additional court time becomes available. These courts are open for Weehawken residents only.

The United States Tennis Association recommends players use two cans of tennis balls that don’t have the same number on the ball, and assign one set of tennis balls to one partner and the other set to the other. During play, make sure to pick up your set of numbered balls only.

In Secaucus, the town opened all tennis courts on May 18.

“The Town Council and I are happy to announce that all tennis courts in town will be re-opened today,” Mayor Michael Gonnelli said.

Only singles play is permitted, and social distancing rules must be followed.

“Let’s be responsible and do our part so the restrictions can continue to be eased in the days and weeks to come,” Mayor Gonnelli continued.

In Jersey City, tennis courts are also open in Lincoln Park. Residents seeking to play can register and reserve a court at 201-362-8483. The courts are open for singles matches only, on every other court.

Face masks and gloves must be worn at the facilities and residents must social distance while on the courts.

If residents fail to follow social distancing measures, the parks and amenities such as the tennis courts could close again. Other tennis courts may reopen as the curve flattens during the COVID-19 pandemic in Hudson County.

Citi Bike will come to Hoboken