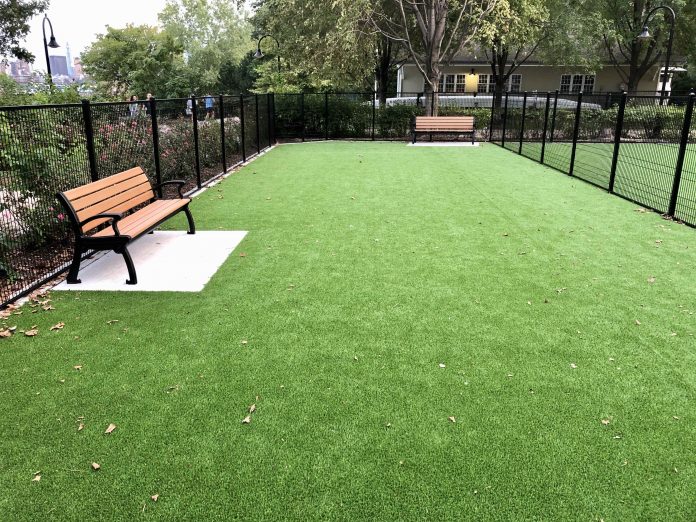 It’s the third dog run to be renovated this year, following upgrades at Stevens Park and Church Square Park.

“I’m very pleased that Hoboken now has a new, modern dog run at Maxwell Park,” said Mayor Ravi Bhalla. “I’m confident that these new features will be well utilized by our dog owners, and I’m thankful to all of the residents who have provided continued feedback to my office. Thank you also to the Maxwell Park Board for funding these improvements.”

In addition to the new turf dog runs at Maxwell, Church Square, and Stevens Parks, the city installed a new dog run at Second and Hudson Streets in 2019.

Hoboken has installed more than 30 pet waste stations throughout the city in partnership with property owners this year.