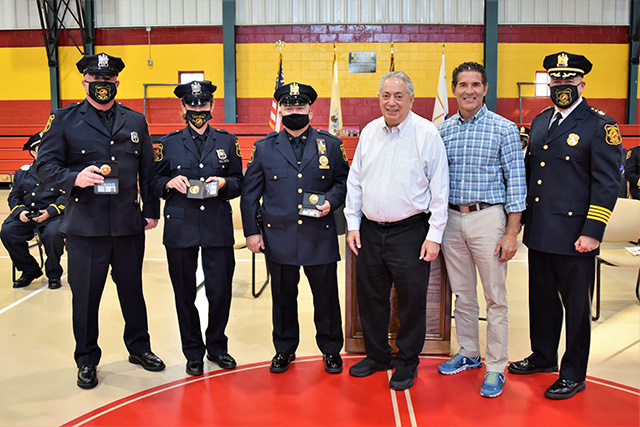 Seven officers got the nod.
×

Seven officers got the nod.

Mayor Nicholas Sacco and Public Safety Commissioner Allen Pascual offered their congratulations to the officers. They spoke about the township’s commitment to funding and supporting the police department, before swearing in the officers.

“I would like to congratulate the North Bergen Police Department on the promotions,” Sacco said. “We are proud to see the continued growth of the NBPD under Chief Fasilis. We are grateful to these brave men and women who keep our town safe day in and day out.”

First time for everything

This was Chief Fasilis’s first time hosting a promotion ceremony after being sworn in on May 2, taking the helm through the COVID-19 pandemic and the Black Lives Matter movement, among other major developments.

Fasilis spoke of the township’s commitment to community policing, and noted that the department would be hiring new officers next month.