One resident displaced by fire on West 29th Street 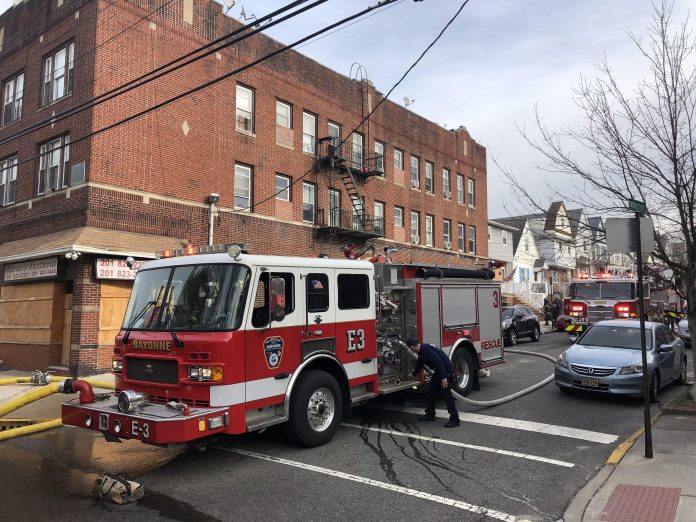 A fire on West 29th Street has left one resident displaced, according to the Bayonne Fire Department.

At 12:58 p.m. on Jan. 11, the BFD was dispatched to 155 West 29th Street for a reported fire, Deputy Fire Chief Bill Bartos said. Units found fire in an apartment on the second floor of the three-story, multi-unit apartment building.

Firefighters used a hand line to extinguish the blaze, according to Bartos. The fire was extinguished within minutes of their arrival.

One tenant was treated for minor smoke inhalation on the scene by McCabe Ambulance. Bartos said the individual refused further treatment.

A fire investigation is being conducted, according to Bartos, but the fire does not appear to be suspicious in nature.

The Bayonne Building Department responded and deemed one apartment temporarily uninhabitable. The sole occupant of that unit is under the care of Bayonne Office of Emergency Management and the Red Cross.

“I would like to thank the occupants of the building for their quick and safe evacuation of the structure,” Bartos said. “I also want to commend the responding firefighters for their professional and efficient work on this fire. Their quick response kept this fire from spreading further into the building and minimized the damage to the original apartment.”