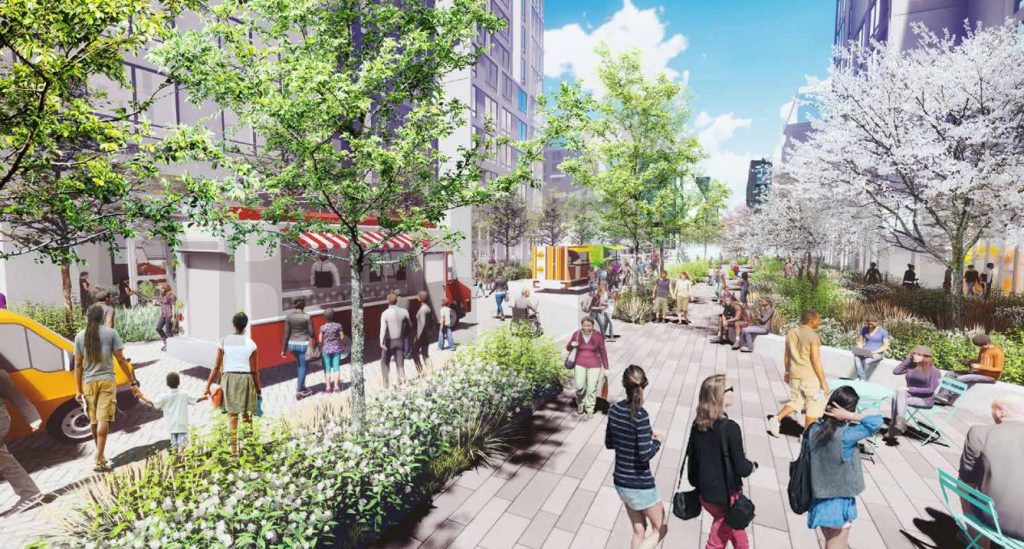 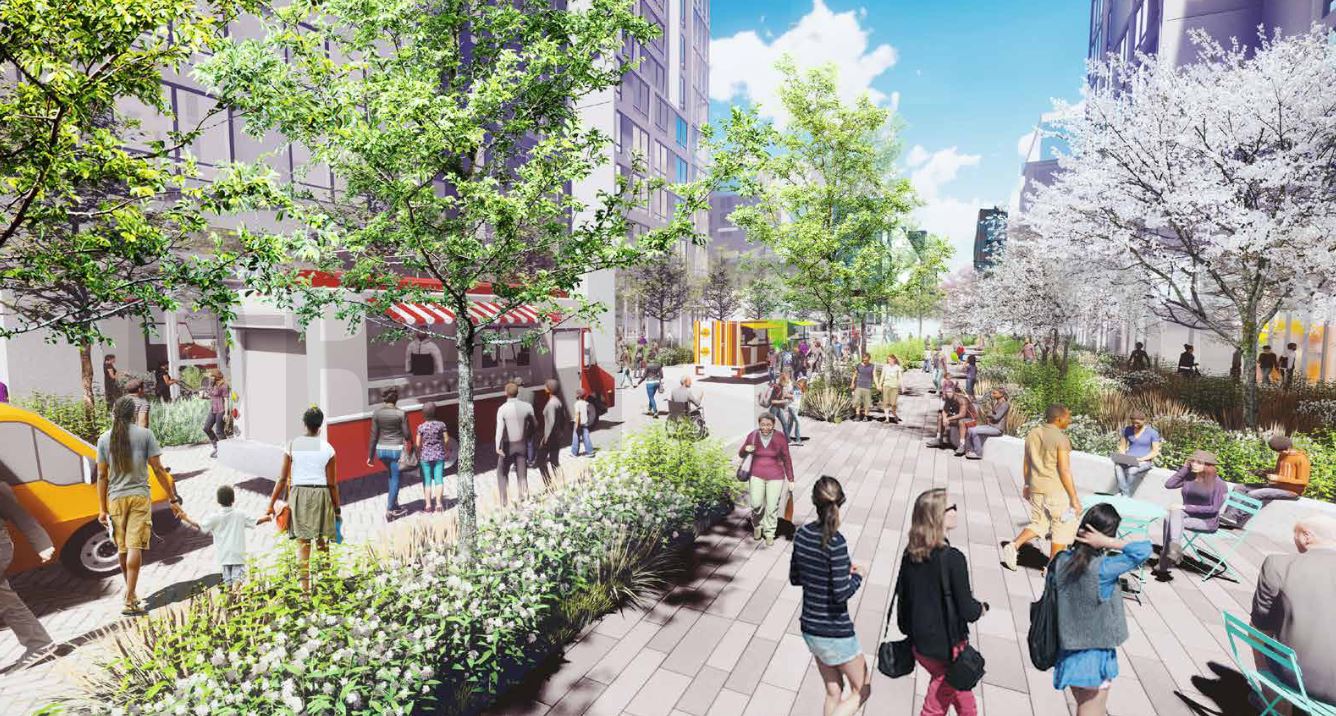 The draft North End Redevelopment Plan, which reimagines 30 acres of Hoboken’s primarily industrial northwest, will be presented at a special virtual city council meeting on Wednesday, Jan. 27 at 7 p.m.

The plan includes a proposal for a new Hudson-Bergen Light Rail station, public open space to connect to a city-wide green circuit, a mix of new commercial and residential uses, a minimum 10 percent affordable housing set aside, a pedestrian-oriented retail corridor along 15th Street, a pedestrian promenade along Clinton Street, and the raising of streets to accommodate underground flood infrastructure.

“We are excited to move forward with plans to revitalize an area of town that will provide a number of community benefits to our City,” said Mayor Ravi Bhalla. “Once adopted, I look forward to continuing our discussion with New Jersey Transit for the installation of a new light rail station at 15th Street, that will provide a critical mass transit connectivity for our current and future residents, and transportation hubs.”

The draft redevelopment plan sets the permitted uses and development standards for the North End Rehabilitation Area properties roughly bounded by the 14th Street Viaduct to the south, Park Avenue to the east, 17th Street to the north and the Palisades Cliffs to the west. The Hudson Bergen Light Rail line runs along the western and northern edges.

A consulting team hired by the city, WRT, guided by the city council’s Northend Subcommittee and the city’s community development staff, prepared the draft plan.

“The City Council is proud to play a key role in moving the North End Redevelopment Plan forward, and this final product reflects several years of hard work and collaboration with the community,” said Councilwoman Jen Giattino.  “I look forward to a North End that includes new businesses, commercial corridors, without overdevelopment that would threaten the charm and character of our city. Thank you to my current and past council colleagues for their input into this well-developed plan.”

The process to adopt the plan included two community workshops that were facilitated by WRT on March 14, 2019 and Sept. 24, 2019; stakeholder meetings with NJ Transit, North Hudson Sewage Authority, and area landowners, and meetings with the City Council North Subcommittee and city staff.

A community survey and public workshops had been conducted by DMR Architects, the consultant working on the project from 2015-2017, prior to the city’s work with the WRT team in 2018.

“The North End Redevelopment Plan represents an important step forward in the transformation of Hoboken’s industrial northwest into a holistic part of our present-day community,” said Councilman Phil Cohen. “I look forward to moving on this well-conceived plan for a resilient neighborhood, integrating 30 acres of our city in the 5th Ward in a way that reflects and serves our special, vibrant community – a place for families, commerce, the arts and parks – at one with Hoboken’s growing community.”

The plan indicates that building heights could range from five stories to 12 stories.

The plan appears to have taken into consideration the proposed Palisades Cliffs Protection Act by ensuring that buildings do not exceed the height of the cliffs, to not “adversely impact neighboring municipalities.”

The special council meeting can be streamed live on the city’s Facebook page at https://www.facebook.com/Hoboken/