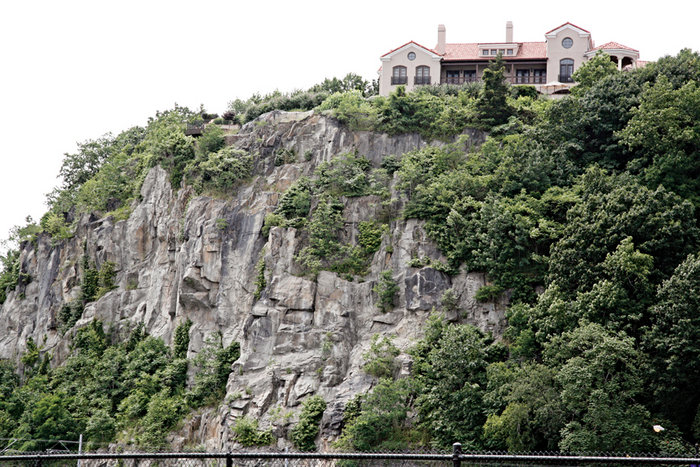 The Palisades Cliffs are hundreds of millions of years old.
×

The Palisades Cliffs are hundreds of millions of years old.

In a letter to residents, Union City Mayor and State Senator Brian Stack has reiterated his support for curbing the heights of buildings below the Palisades Cliffs.

However, as the development of Hudson County continues, new construction threatens these views.

“Over the years the Commissioners and I have strongly opposed the construction of outrageous structures that have attempted to be built below Union City which would come directly in front of the Palisade cliffs destroying our views, but more importantly, our quality of life,” Stack said. “Some of the communities on the waterfront, such as Weehawken, have been cooperative in keeping structures below the cliff line.”

Other municipalities have not been as accommodating, according to Stack.

“Hoboken has allowed the construction of a building on 9th Street to be visible on Congress Street in Jersey City without any regard of the direct impact it would have to the residents of Jersey City,” Stack said.

Stack said that he and the Union City Board of Commissioners will continue to work with officials in the municipalities below the Palisades Cliff to ensure that views or the quality of life is not disrupted. If that does not prove effective, Stack said he will bring the matter to the courts.

“I am not only protecting your rights but also that of future generations,” Stack said. “If we allow developers to build as high as they want, the sky will be the limit!”

In Union City, the city has attempted to address the issue by limiting new construction to four stories, with the exception of a few redevelopment areas “where the development would bring other benefits to the residents of Union City.”

Stack continued: “I will keep you updated on this important issue. I want to ensure that our views and quality of life, part of what makes Union City and neighboring cities special, are protected for years to come.”

The proposed legislation has already sparked a backlash in Hoboken. The city council adopted a last-minute addition to the agenda on Jan. 6 opposing the proposed Palisade Cliffs Protection Act.

According to the council, the act would limit Hoboken’s control over its land use, which could negatively impact all economic, housing, and public safety decisions going forward.

Some city council members pointed out the “irony” of the act’s intent to “preserve the views and topography features of the Palisades” given “the recent practices in the towns of each of the sponsoring Senators/Mayors where portions of the Palisades have literally been gutted entirely to accommodate projects built directly into the same cliffs these bills state they are trying to protect.” One project cited is the Hoboken Heights development in Union City.

The legislation is still in committee awaiting further legislative approvals.