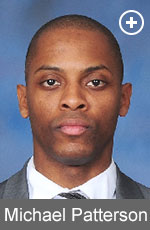 Attorney General Gurbir Grewal announced that a New Jersey state trooper has been indicted for allegedly stalking a female motorist in his patrol vehicle while on duty.

The Office of Public Integrity and Accountability (OPIA) has obtained a state grand jury indictment charging Trooper Michael Patterson, 29, of Bayonne, with official misconduct, stalking, and tampering with public records.

The New Jersey State Police Office of Professional Standards initially investigated this matter and referred it to the OPIA Corruption Bureau.

The investigation revealed that on January 28, 2020, Trooper Patterson conducted a motor vehicle stop of a female motorist on the New Jersey Turnpike at approximately 9:30 p.m. Patterson let the woman go with a warning, but he allegedly conducted a second, unwarranted stop of her vehicle a few minutes later when she exited the Turnpike at Exit 11.

Patterson allegedly conducted the second motor vehicle stop in order to make advances on the woman. Patterson allegedly disabled the Digital In-Vehicle Recorder (DIVR) in his vehicle to prevent his conduct from being recorded during this second stop.

It is further alleged that Patterson subsequently put the victim in fear by following her to her home in his patrol vehicle.

Second-degree official misconduct carries a sentence of five to 10 years in state prison, including a mandatory minimum term of five years parole ineligibility, and a fine of up to $150,000. Fourth-degree charges carry a sentence of up to 18 months in prison and a fine of up to $10,000. The fourth-degree charge of tampering with public records carries a mandatory minimum term of one year of parole ineligibility.

The charges are merely accusations and the defendant is considered innocent unless and until proven guilty in a court of law.

“The New Jersey State Police maintain the highest standards of conduct for their state troopers, standards which the vast majority uphold as faithful and honorable guardians of the public,” said Attorney General Grewal. “Trooper Patterson allegedly violated those standards and the law, using his authority not to act as a guardian, but to put a female motorist in fear. This indictment reflects our resolve to hold officers accountable if they betray the public’s trust with this type of conduct.”

“One of the primary missions of OPIA is to root out official misconduct that undermines faith in law enforcement and government,” said OPIA Director Thomas Eicher. “This is not the first time we have encountered conduct of the type alleged in this indictment involving a law enforcement officer, but we hope that our criminal prosecutions will deter such conduct going forward.”