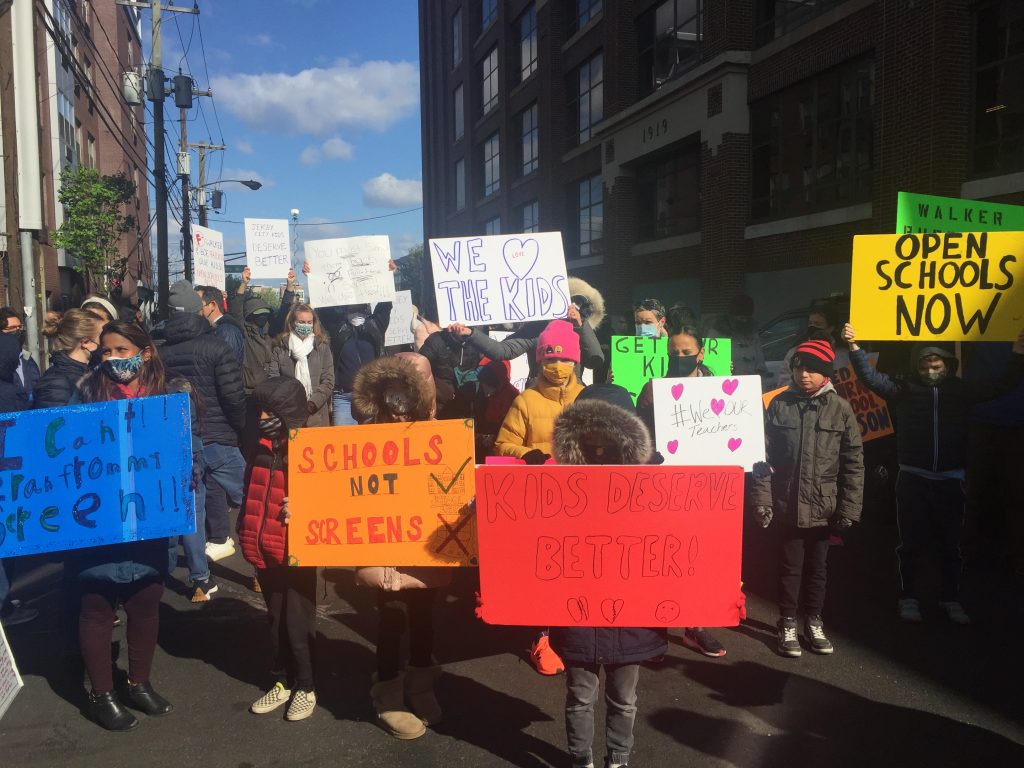 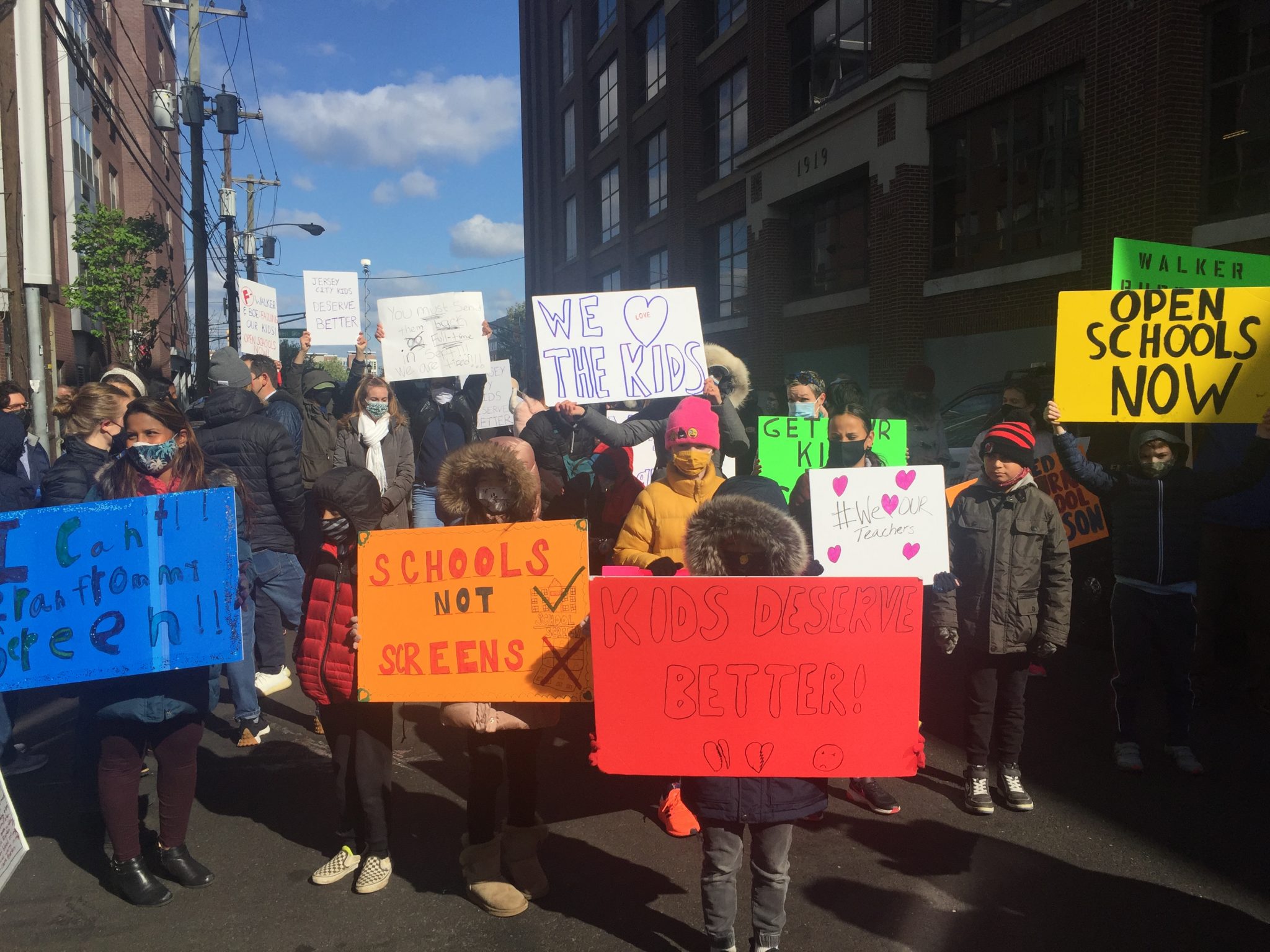 The decision was a roller coaster ride for families as Superintendent Franklin Walker first announced in-person learning would resume on April 26, then announced via robocall it would not resume until the fall, before reversing that announcement again three days later via email.

The decision to reopen comes after the school administration faced criticism from a myriad of elected officials, including Mayor Steven Fulop and Governor Phil Murphy, and several parents planned protests.

Walker said he and his staff were originally split on whether or not to bring students back into the classroom at this time.

“I met with my top-level administrator and their recommendations were 50 percent open, and 50 percent stay with remote learning,” Walker said.

He explained that this was due to a variety of factors, including the latest COVID-19 data.

“The COVID activity in Hudson County is a level three, or ‘high’, as of April the 17, 2021,” said Walker. “Also, many staff members are eligible for accommodations based on an increased risk of the COVID virus. The majority of our families opt to remain remote. I based my decision on the majority of parent responses and my commitment to keeping our students and staff safe.”

While the COVID-19 data hasn’t changed, the district reopening to in-person learning was made possible through a phased approach and an increase in staff availability.

According to Walker, the district will reopen to some students for in-person learning on April 29.

“Students will return in groups by grade level,” Walker said. “On 4/29 students Pre-K to grades three will return. On May the 10th, Grades four to eight will return, and also on May 10th, grades nine through 12.”

He explained that students will be divided into three cohorts, Group A, Group B and Group C.

This last group will be for complete remote instruction.

Groups will be created based on survey data. Group A and Group B will alternate every four days for in-person instruction and remote learning.

Dismissal will be at 12:45 for all students.

“Even though we’re starting later than the original plan, students will have up to 17 days of in-person instruction as opposed to 12 days under the former plan,” Walker added.

Walker said the district plans to fully reopen schools in September when all students will be able to return for full days of in-person learning.

Parents and teachers weigh in

Parents and teachers expressed support and apprehension about the reopening of schools as well as the district’s communication or lack thereof regarding a plan to do so.

“The district’s responsibility is to give all students and families a choice on whatever works best for them,” said Anny Telez who commended the district’s decision to offer in-person instruction.

She and other parents said it was a matter of equity, noting that some families do not have the ability to stay home from work to help their children as they learn from home remotely.

“I just wanted to say thank you for opening the schools. It’s very important for the kids and they appreciate it,” said Jackie Shannon. “I hope we can now move forward with better communication for everybody.”

Several parents asked that the district be more forthright when communicating with families, adding that they would like to have a public town hall with the administration and health officials to discuss reopening safely as soon as possible.

“I don’t know whether to be happy, disappointed, or confused about the decision that was made once again last minute …The last-minute whiplash is telling of the lack of leadership,” said parent Raven Chan. “This district has been flying by the seat of its pants for far too long while throwing stuff at the wall to see what sticks.”

Some teachers said schools were not ready.

“We were made promises about what would be in the schools. We were told there would be hand sanitizer at the door of every classroom, there isn’t. We were told there would be plenty of PPE for everybody, there isn’t. We were told classrooms would be clean and spotless and to some point they are but it is not enough,” said Robert Astuni a teacher at Abraham Lincoln High School. “Everybody wants to come back … but putting us in this situation and constantly changing the rules has redefined the word flexible in our lives.”

Others said just because school buildings were closed doesn’t mean students were not learning.

“School has not been closed,” said Susan Murphy a teacher at Snyder. “The buildings have been closed. Teaching and learning have continued … Mr. Walker I know you know that. I appreciate how you’ve tried to care for us … you have found yourself in the midst of quite a storm,”

Board President Mussab Ali said that the district had “tons of supplies,” including sanitizer and PPE. 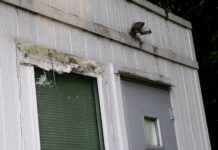