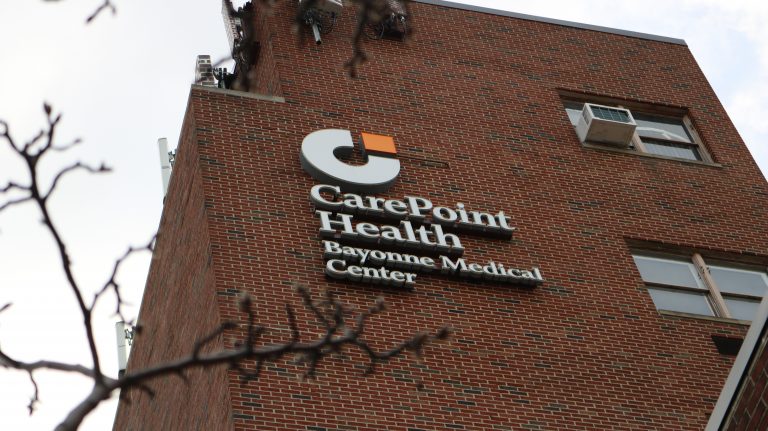 The fight to operate Bayonne Medical Center rages on. Photo by Daniel Israel
×

The fight to operate Bayonne Medical Center rages on. Photo by Daniel Israel

The state Local Finance Board has decided not to vote yet on a nearly $100 million plan that would condemn the property of Bayonne Medical Center. The board tabled the matter, citing the need to conduct a more thorough review of the plan.

According to Bayonne Public Information Officer Joe Ryan, this was because of two new plans submitted by both entities vying to operate the hospital: Hudson Regional Hospital and BMC Hospital LLC.

The board had not had enough time to consider this new information, and therefore did not vote on the issue, Ryan said.

Since the sale has closed, Hudson Regional has made clear its intentions to operate the hospital, not BMC Hospital LLC. This has sparked a war between the two entities over who will run the operations.

In May 2020, the Hudson County Board of Commissioners unanimously voted to approve three resolutions authorizing the Hudson County Improvement Authority (HCIA) to begin an eminent domain process. At its April meeting, the Bayonne City Council introduced two ordinances that would initiate proceedings which began last year.

However, at its May meeting, the council did not approve the ordinances. After hours of presentations from all entities, public comment, and council member questions, the council tabled the ordinances, citing need for more information.

At the meeting, Special Counsel Joseph DeMarco clarified that the council could not have approved the ordinances without the approval first of the state via the Local Finance Board.

The council was set to hear from bonding professionals on the ordinances at its caucus meeting on June 9. However, power outages forced the cancellation of that meeting.

The HCIA continues to press the matter, having presented the plan to the Local Finance Board at its June 9 meeting. The HCIA declined to comment on the decision by the board to table the matter, but reiterated its preparedness once Bayonne acts.

“The Authority is preparing to move forward with the financing process to assist the City of Bayonne upon the City taking appropriate action in this matter,” HCIA spokesperson Caitlin Mota said.

However, the city cannot act until the state does, which is now delayed pending the review of the two new proposals by each entity.

A new deal from Hudson Regional?

Hudson Regional Hospital said it’s committed to permanently operating Bayonne Medical Center as an acute care facility, and recently offered the city a right-of-first-refusal should it ever sell the property.

“Bayonne and Hudson Regional Hospital are fighting for the same thing: that Bayonne Medical Center should always be a high-performing acute care facility,” said Dr. Nizar Kifaieh, CEO of Hudson Regional Hospital. “At our expense, we are taking this action to help the City avoid an unnecessary, expensive, lengthy process to secure the property forever.”

In response, BMC Hospital LLC released a statement regarding the “so called ‘offer’ from HRH” which they described as “disingenuous.”

BMC Hospital LLC also submitted a plan to the council on June 8 that would move forward with eminent domain, among other initiatives.

In their proposal, BMC Hospital LLC offers to cover the monthly debt service on the related bonds that would condemn the property through eminent domain. BMC Hospital LLC also is offering to prorate the real estate taxes monthly at 2020 levels.

Under their proposal, BMC Hospital LLC would provide a security deposit equivalent to three years rent, cover expenses related to utilities, maintenance and repair, and or capital improvements. The offer would pay for any increases in real estate taxes and the cost of fire insurance, among other things, according to BMC Hospital LLC.

In response, Hudson Regional slammed BMC Hospital LLC and claimed they were lying about the negotiations: “BMC Hospital LLC is not and has never been a credible source of information at any point in any dialogue in any forum since entering the market, and its recent statement is simply and flat out a lie.”

The battle for the hospital is nowhere near over. The eminent domain process continues, pending further approval from the city and the state.

Both approvals are currently on shaky ground. While the ordinances appear on the agenda for the June 16 council meeting, the council cannot approve them until the state does through the Local Finance Board. Even with state approval, there may not be enough votes for the eminent domain ordinances to pass.

City Council President Sharon Ashe-Nadrowski has made her opposition to the ordinances clear. As a member of the Bayonne Medical Center board, Second Ward City Councilman Sal Gullace must abstain. With these ordinances requiring at least four votes to pass, they appear unlikely to move forward.