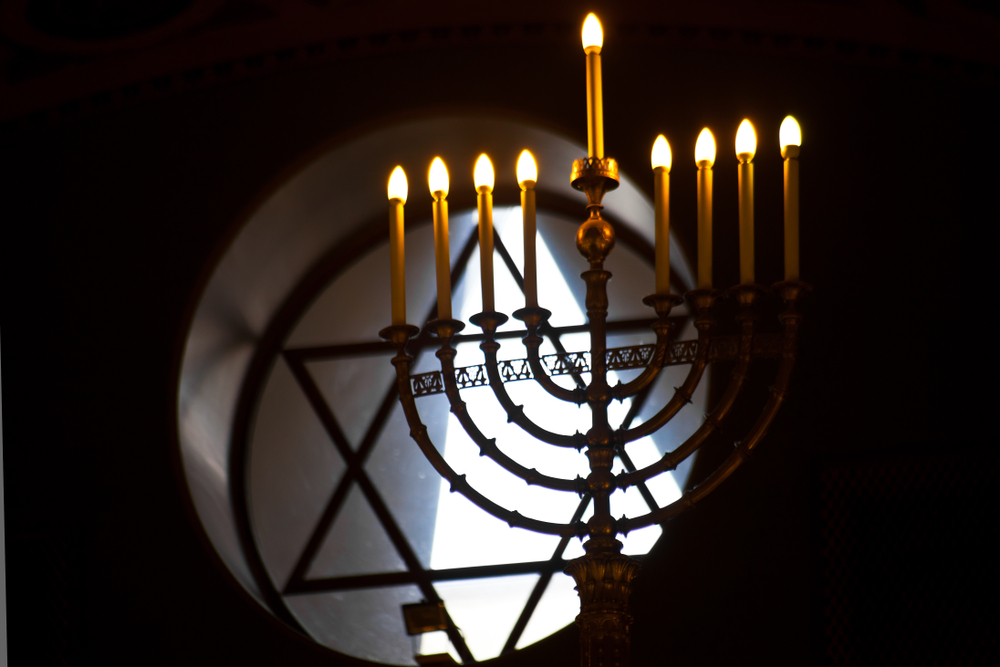 A menorah inside a synagogue, photo by Mikhail Semenov for Shutterstock.
×

A menorah inside a synagogue, photo by Mikhail Semenov for Shutterstock.

Oswaldo Domingo Xil-Argueta, 29, of Union City has been arrested and charged with first-degree aggravated arson and burglary in connection with a fire set at a Jewish synagogue and the Mesivta Sanz Yeshiva on 34th Street in Union City, according to Hudson County Prosecutor Esther Suarez.

On July 3, just before 3 a.m., members of the Union City Police Department and the North Hudson Regional Fire and Rescue responded to 318 34th Street on reports of a working fire.

Though the fire had escalated to two alarms, there were no occupants in the building at the time and no injuries.

Xil-Argueta was arrested at 325 34th Street in Union City just after 4 a.m. on July 5 by the UCPD and the Hudson County Prosecutor’s Office Regional Arson Task Force.

Because the arson was at a place of public worship, the aggravated arson charge has been elevated to a first-degree offense. There is no evidence as yet that this was a bias incident, authorities said.

On July 13, during a hearing before Judge Paul DePascale, the state’s motion for pretrial detention was approved after the state argued Xil-Argueta posed a danger to the community.

Suarez credited the Union City Police Department and the Hudson County Regional Arson Task Force for the investigation and arrest.

The above charges are merely accusations. Xil-Argueta is presumed innocent until proven guilty.