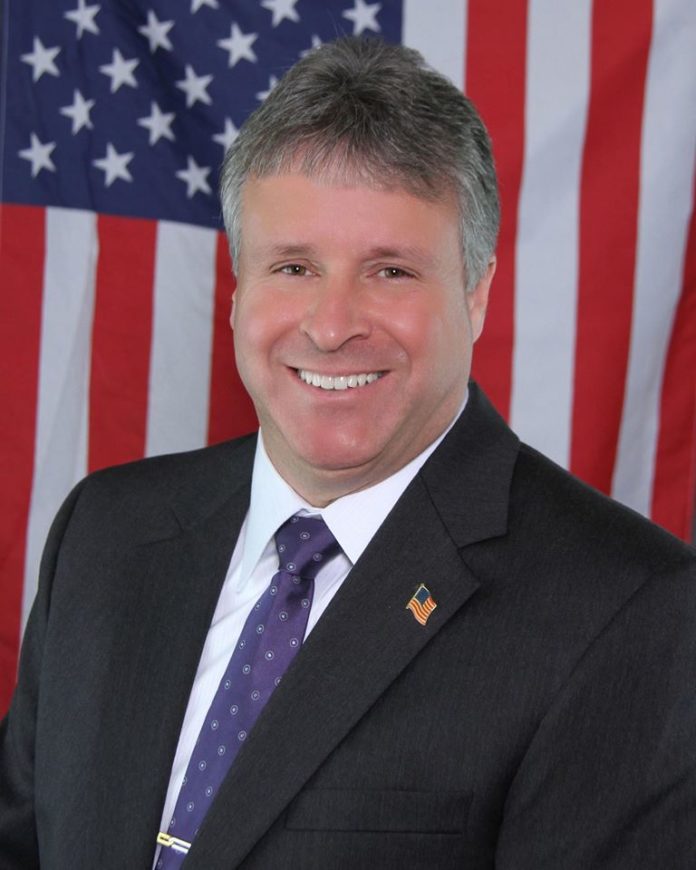 On Wednesday, September 8, Bayonne rolled out the red carpet to welcome Frank Siller to Bayonne.  Mr. Siller, the Chairman and CEO of the Tunnel to Towers Foundation, journeyed through Bayonne on his more than 500-mile walk across America for the twentieth anniversary of the terrorist attacks of September 11, 2001.

Frank Siller entered Bayonne in the northeast corner of town.  Escorted by the Bayonne Police and Fire Departments, he walked through Stephen R. Gregg Bayonne County Park to the area around the flagpole.  He was greeted by a crowd of Bayonne residents who came out to see history in the making.

Joining Bayonne officials on stage, Mr. Siller recounted the journey of his brother, Stephen Siller, the New York firefighter who strapped on his fire gear on September 11, 2001, and ran through the Brooklyn Battery Tunnel to serve others at the World Trade Center towers.  After Stephen Siller died on duty that day, his family decided to found the Tunnel to Towers Foundation to carry on Stephen’s legacy of service.  For the twentieth anniversary of Stephen Siller’s tunnel-to-towers journey, Frank Siller decided to walk across several American states, reaching Lower Manhattan on September 11, 2021.

In his presentation, Frank Siller stated that he decided to visit all three places where lives were lost on September 11, 2001: Shanksville, Pennsylvania; Arlington, Virginia; and New York, N.Y.  He said that he loves “all of the communities” that he has gone through.  Mr. Siller explained that the purpose of his journey “is to make sure that people don’t forget” the people who were murdered by the terrorists on September 11, 2001.

Mr. Siller’s walk through Bayonne drew crowds at Gregg Bayonne Park, Bayonne High School, the 16th Street Fire House, and the entrance to the Bayonne Bridge.  Bayonne joined Frank Siller in showing America at its best.  We know how to care for each other and to remember those we have lost.