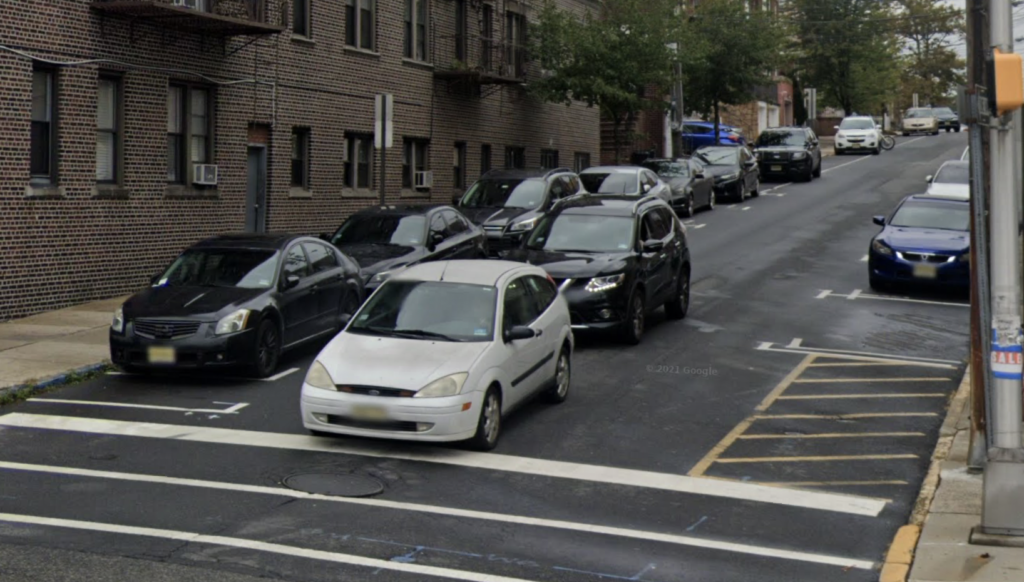 The double painted lines can be seen on 63rd Street from Boulevard East in West New York, as of September 2021 via Google Maps
× 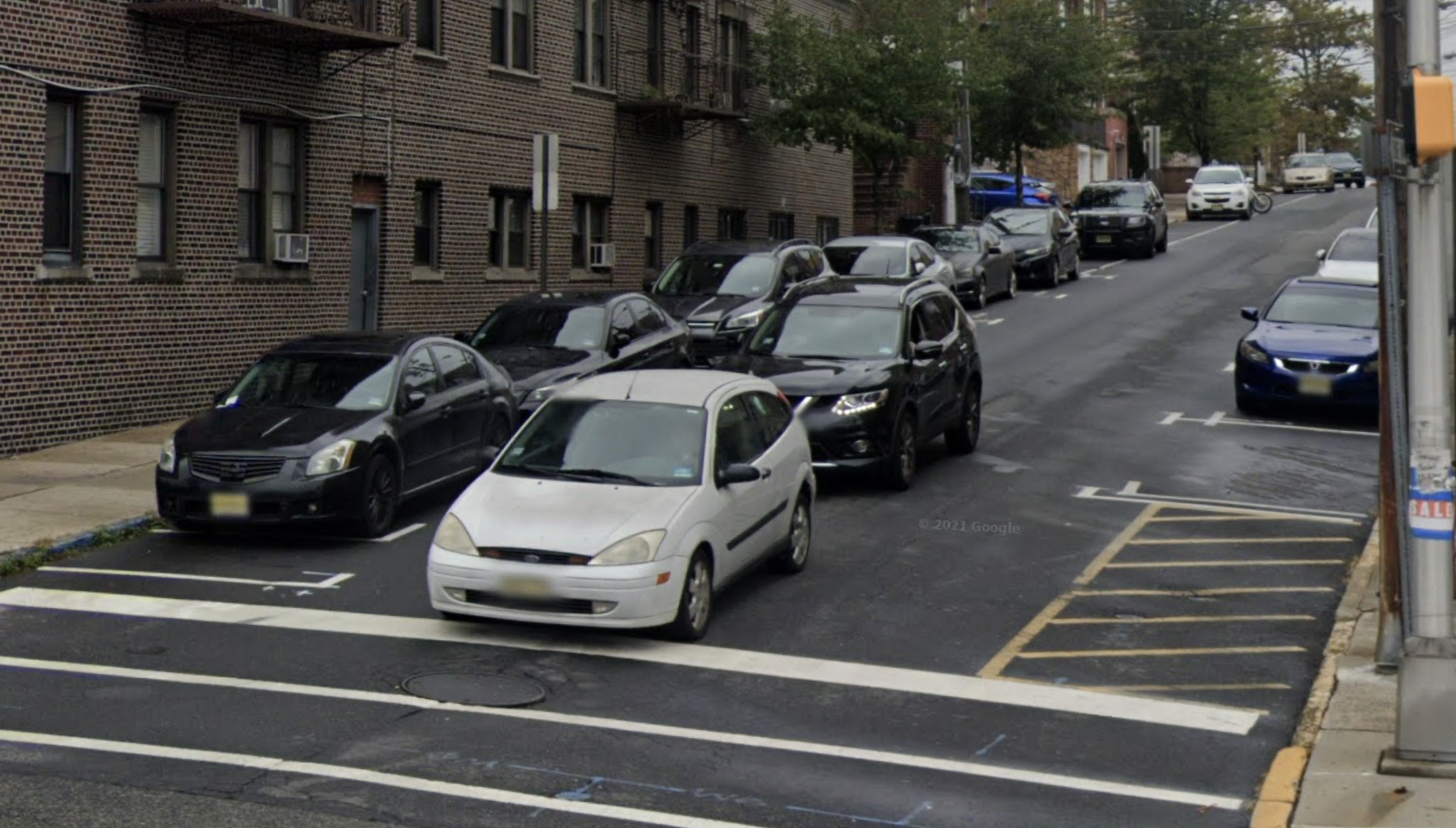 The double painted lines can be seen on 63rd Street from Boulevard East in West New York, as of September 2021 via Google Maps

Mayor Gabriel Rodriguez insists that West New York is improving parking. But not everyone is buying it.

Resident Mark Bloomberg raised concerns at the Sept. 15 meeting of the West New York Board of Commissioners. Bloomberg took issue with changes to parking through ordinances in recent years.

“On our block alone, on 63rd Street between Park Avenue and Boulevard East, the newly painted lines are not only confusing but have actually removed three parking spaces as a result of the way that they’re painted on,” Bloomberg said.

Parking is a problem in the densely populated urban region that is Hudson County, and West New York is no exception.

Bloomberg continued: “This administration ran on a platform of improved parking around here, and I need things explained to me as to why we’re losing spaces.”

According to Bloomberg, some of the parking-space lines on the block have been painted closer to the crosswalk on the corner of Park Avenue and 63rd Street on the east side, which he said is less safe.

“It’s not only a danger for pedestrians, but much more difficult for emergency services vehicles to turn the corners,” Bloomberg said. “It just doesn’t make sense the way they were painted.”

“[Parking] is probably our number one issue,” Rodriguez said. “It is something that we have been dealing with before we ran. We are making significant strides to improve that, and one of the things we did was to do these lines.”

Rodriguez said it may appear that spots have been reduced, but that may not necessarily be the case.

“On the surface, it is easy to do the math and say on a block you may have lost spaces,” Rodriguez said. “But what we’re gaining is organization and structure.”

The repainting of the lines was intended to help reorganize parking.

“The problem was the people were putting cars, smaller cars, larger cars in spaces, taking up half a space here or two spaces there,” Rodriguez said. “This was causing disorganization. You had cars that were going over the crosswalk, going over hydrant yellow lines, going over drop-off zones in our schools. As you can imagine, we are trying to attempt to improve the parking situation in our community.”

Part of a larger plan

The first step in remedying the situation is to provide more structure, according to Rodriguez.

“This is being done to all of North Hudson because it’s hard to get a parking space, not only in the town of West New York but all of North Hudson,” Rodriguez said. “So while on the surface it looks like we’ve lost spaces, we’ve gained more organization.”

Rodriguez noted that the town has initiated a parking garage project: “We are well in the works of creating more garages for the community,” he said. Bloomberg reiterated that they lost three spots on his block and that there was already organization on the block.

“There were painted spots,” Bloomberg said. “The old painted spots are still visible, which is creating confusion for people when they’re parking right now.”

Bloomberg said there was disorganization before any lines were painted, but that stopped with the old lines. The new lines in conjunction with the visible old ones cause confusion.

“I don’t understand why the previous set of lines wasn’t erased or why we just didn’t use the exact same ones and maintain the order that was already there,” Bloomberg said. “Nothing new has been introduced, just confusion and less spaces… It may be better around the rest of the town, but on my block you haven’t done it right.”

Sticking with the experts

Rodriguez said the old parking lines will be painted over.

“The new lines, in terms of their measurement and location and painting are there as a result of an engineering study and traffic study,” Rodriguez said. “I could stand on your block with a tape measure, but I’m going to defer to an engineer as well as the traffic division and what they say… I’m not saying you didn’t lose spaces, but in a situation like this, I have to defer to the experts and what they suggest.”

According to Rodriguez, the repainted lines helped commercial vehicles.

“We have a significant issue in this community with many vehicles that are business vehicles,” Rodriguez said. “Many of those large vehicles park in the street, taking over one and half spaces and leaving you without half a space on your block.”

Some of the repainted spots are larger, aiming to provide a place for those vehicles to park.

“Now that we have these spaces, it is clear where those vehicles can park,” Rodriguez said. “More importantly, we can and will be monitoring any vehicle that is outside of those lines to correct that. Many people have had car damages or are unable to get out of their driveways because people park and have their entire bumper over the driveway.”

Rodriguez continued: “You counted lost spaces, and if the overall goal is to include spaces for our vehicles, on the surface it seems like we have stepped in the wrong direction. But if you ask a lot of people in this community, they’ll tell you this is much better… It’s an ongoing conversation, as we’re looking to improve parking, and it doesn’t end with these lines.”