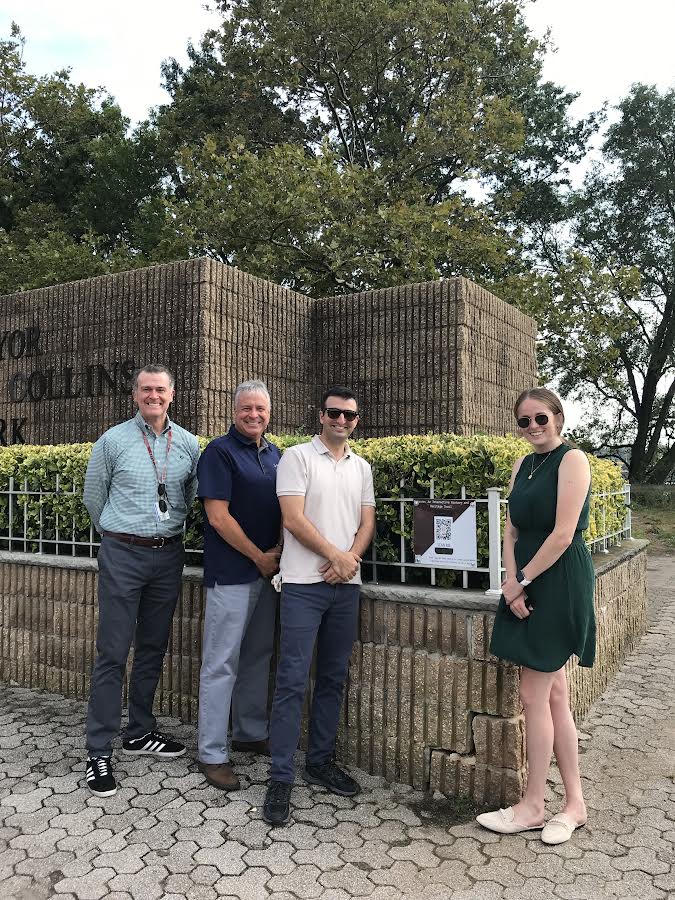 On the Heritage Trail

City officials and educators visited a stop at Dennis Collins Park on Bayonne’s new history and heritage trail. Learn more about the sites by scanning the QR code shown in the photo. Bayonne High School students produced a booklet on the sites.

The Special Needs Soccer Academy will kick off on October 3. Registration for the four-week camp is open to Bayonne residents, boys and girls, ages 3 through 21.

Residents can also register the day of the program at Vets Stadium. For information, call Pete Amadeo at (201) 858-6129 or email bayonnerec@aol.com.

Four Jersey City men: 26-year-old Nasire Williams;  21-year-old Elijah Sparkman; 19-year-old Deveon Palms; and 23-year-old Xavier Feliciano have been charged relating to the alleged sexual assault of a Bayonne girl, 14, whom they met after she ran away from home earlier this month.

The state will recommend a sentence of eight years in state prison. He must register as a sex offender and be subject to parole supervision for life. Sentencing is scheduled for Oct. 21.