The event will take place on Sunday, October 16 at 4 p.m. at The Chandelier at 1081 Broadway

The Bayonne Branch of the National Association for the Advancement of Colored People (NAACP) has announced the Honorees and Recognition Recipients for its 95th Annual Freedom Fund Dinner.

The event will take place on Sunday, October 16 at 4 p.m. Tickets are $100 for the annual fundraiser to be held at The Chandelier at 1081 Broadway in Bayonne.

The keynote speaker is human and civil rights activist and public speaker Lawrence Hamm. The NAACP will also be highlighting Honoree and Recognition Recipients.

Kathleen R. McQuilla is one of the Honorees receiving the Community Service Award. She is the daughter of the late Richard and Mary McQuillla, and the sister of Jacqueline Davis and John McQuilla.

In June of 1986, McQuilla began her career in public service. She was appointed and sworn in by the Supreme Court of the State of New Jersey as a Superior Court Child Support Hearing Officer assigned to the Family Division assigned to preside over child support matters.

Later in her career, McQuilla’s duties were expanded to include domestic violence cases. McQuilla retired in 2015 as a Child Support Hearing Officer.

McQuilla is a member of Friendship Baptist Church in Bayonne, and serves on the Deaconess Board, Educational Board, and Pastor and Church’s Aid Ministry. Since her retirement, her true calling has evolved to “helping her fellowman in the community.”

In the rain, snow, and heat you can find McQuilla several days of the week picking up and distributing donations from Hunger Free Unity in the Community, COSTCO, and WTCares to church members, the homeless, the men at the YMCA, and other people she found in need.

McQuilla has been the recipient of the Sabra Jackson Award from the Bayonne Youth Center, Northern New Jersey Chapter of the National Association of Sickle Cell Disease Award, NAACP Church Service Award, Friendship Baptist Church Woman of the Year, Who’s Who of American Woman, Who’s Who of International Women, Professional Women of America.

Sharae Williams is another one of the Honorees receiving the Community Service Award. Williams is a life resident of Bayonne and a mother to three men and grandmother to five grandchildren.

Having been employed at the Bayonne Medical Center for 30 years, Williams is currently working as an Informatics Analyst with five years of experience in teaching the EMR system to various level of care providers. Prior to Informatics, she spent 22 years as a Medical Transcriptionist and Unit Clerk throughout the Bayonne Medical Center with the Telemetry Unit being her home base.

Williams specializes in bringing Joy to others, whether through prayer, or giving direction. Something as simple as a smile, with a “Good morning” from her goes a long way.

Williams was able to serve the community through the pandemic while working at the hospital by checking and giving update on families when visitation was limited. She continues to visit and lift the spirits of patients with prayers and smile.

Non-profit organization Black in Bayonne is also one of the Honorees receiving the Community Service Award. The group was co-founded by Camille High, Clarice High, Shaniqua Borders, and Rashad Callaway in June of 2020.

The organization was established after local photographer Junita Irwin wanted to capture Black excellence within the city of Bayonne. After masterminding what this shoot might look for the city, it developed into a movement called Black in Bayonne. The group hosted their first event called Power in the Park, bringing more than 2,000 people to Hudson Park to partake in what they believed was a “diving board of change” for the city. 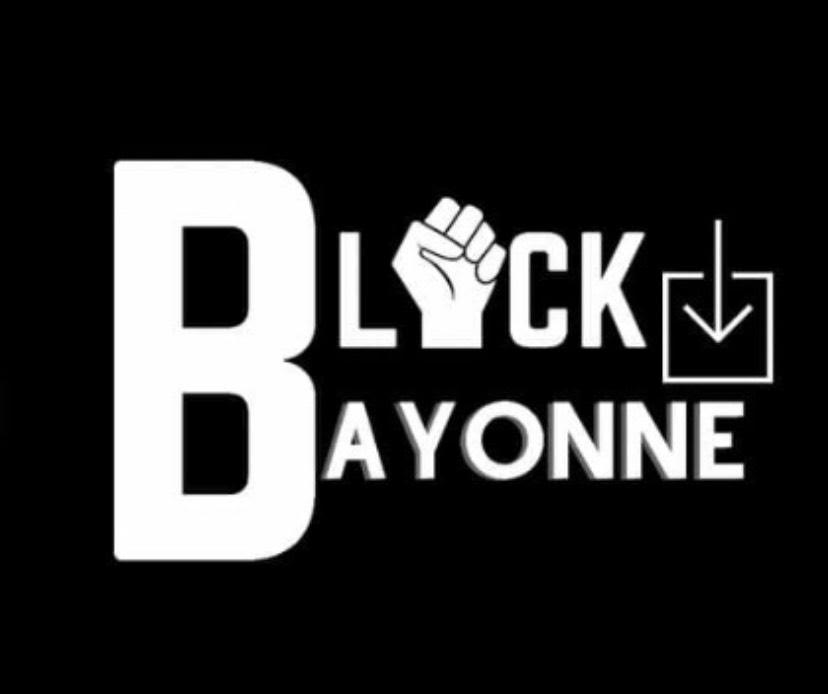 Black in Bayonne is now a non-profit whose mission is to build a movement that fights for cultural inclusivity, positive political and social change for the Black and Brown residents of Bayonne. Black in Bayonne is passionate about cultivating and promoting Black excellence, and is dedicated to the empowerment and growth of our community through strategic engagement and events.

Black in Bayonne’s accomplishments include: hosting the “Power in the Park” protest for justice for Breonna Taylor and George Floyd; raising the Pan African flag in Bayonne for the first time in history of the city; hosting the first “Power in the City” Juneteenth celebration and parade; hosted a Black Business Crawl; organizing the Give Thanks Bayonne Thanksgiving Initiative with the support of Black businesses and organizations to feed over 600 people within Hudson County; launching a College Readiness Workshop for high school seniors; registering 150 people to vote; partnering with Little Food Cafe and Bayonne Batter to provide over 60 dinners to homeless citizens; donating 200 turkeys to the Bayonne Food Bank; joining the Comprehensive Equity Team to increase the hiring of Black and Brown educators within the district, make curriculum changes, and asses the social and emotional needs of Black students within the district; organizing a meeting with Black organizations and businesses to discuss current issues and possible solutions to better support the Black community; hosting a “Say Her Name” vigil in honor of Black women taken from various forms of violence; connected more than 30 Bayonne residents to community resources and services; providing the community with daily resources, employment opportunities, and community updates; launching the Buy Black Bayonne social media campaign dedicated to highlighting Black businesses within the city; working closely with the Bayonne Police Department to strengthen the relationship between law enforcement and Black citizens within the city; pushing policy by getting the City of Bayonne to pass an inclusive domestic violence resolution that provides $25,000 for organizations to support victims of domestic violence regardless of race, gender, or sexual orientation; hosting 25 Days of Gifting in conjunction with the Bayonne Youth Center to partner with local businesses and organizations to provide Christmas to more than 400 kids and 200 seniors; becoming a member of the Domestic Violence and Mental Health Health Task Force; and raising $2,395.76 for the family of domestic violence victim Mely Vanessa Tafoya Mendoza.

Brianna J. Rhodes is one of the two Recognition Recipients. She is being honored for being one of the First African-American Policewoman in the City of Bayonne.

Rhodes was born and raised in Bayonne, New Jersey to the parents of Erik, a retired Sergeant of the Hudson County Correctional Facility, and Michele Rhodes, a senior clerk for the NJCU undergraduate admissions office. The oldest of two, she was blessed with a younger brother, Erik Rhodes Jr., Rhodes was a 2011 graduate of Bayonne High School and a former member of the Bayonne High School Step Team.

After graduating high school, she obtained a Bachelors Degree in Criminal Justice with a focus in Women and Gender Studies and Criminology from Rutgers University-New Brunswick. While attending Rutgers, Brianna was apart of the Move In Crew where she was able to meet and help upcoming Freshman move in to the college dorms.

During her junior and senior year, she worked as a waitress for Henry’s Diner, a well known establishment that is an extension of the Rutgers dinning services. Continuing on her venture to go into law enforcement, after graduating from Rutgers Brianna obtained her SORA license and became a security guard.

She was honored to work for the Montclair Golf Course, Bergen Logistics, U.S. Security Associates and CNBC Universal in Englewood Cliffs. During her time at CNBC Universal, she worked for the City Of Summit as a Parking Enforcement Agent for two years where she was able to work hand and hand with the police officers at the department as well as helping the community.

In that time, she has continued her passion in serving the community and being a helping hand.  For her being an African American Female Officer is a positive change towards bridging the gap between the community and the officers whom serve it.

Brianna’s focus has always been to be apart of the Bayonne Police Department change to resembling the community it serves and that goal has been met. She is proud to be apart of this new transition.

On July 10, 2022, Brianna and her fiancé Arthur Rice were blessed with a beautiful baby boy, Liam Mason Rice. She looks forward to continuing her journey as a police officer and starting this wonderful journey of motherhood.

Tanya Isabel Roberts is also one of the two Recognition Recipients. She is being honored for being one of the First African-American Policewoman in the City of Bayonne.

Born in the Dominican Republic, Roberts came to America when she was five years old. Her father is Trinidadian, which she said meant she got the “best of both Caribbean worlds.”

Later in her years, she originally took the law enforcement entry exam in 2016. The first time around, she only checked off the box for the Department of Corrections, but since that was not where her heart belonged, she backed out of it.

Then, in 2018, she signed up again for law enforcement entry exam but accidentally ended up missing the exam. However, they say that the third time’s the charm, and good news for Roberts, things would eventually work in her favor.

Later in 2020, she had signed up again for law enforcement entry exam. This time around, she was mentally, physically and emotionally prepared to take on the life-changing career path.

Now, she will have completed two years in law enforcement as of November of 2022. For her, this is the dream job that she had hoped it to be.

Everyday, in one way or another, Roberts gets to put a smile on someone’s face, or she gets to help them get through their toughest days. And that’s something that she always wanted to do.

This year’s theme will be “Civil Rights Matter, Justice for All.”  For tickets, contact Ticket Chair Kim Hightower or Ticket Vice-Chair Irene Pyke by phone at 973-910-8649.

For more information, contact the Freedom Fund Ticket committee by phone at 973-910-8649 or by e-mail at bayonnenaacp1017@gmail.com.