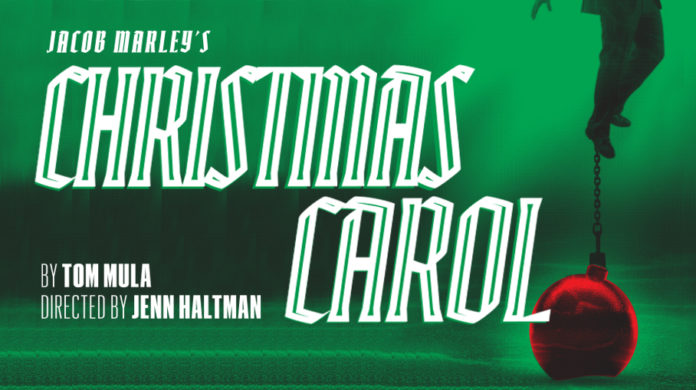 In this clever and dark retelling of the Dickens classic, Jacob Marley is tasked with helping to redeem his old business partner’s soul and undergoes his own transformation.

Says Kevin R. Free of this play, “When I was a kid, this is the kind of holiday play I wanted to see: something traditional with a dark twist. As an adult, I performed in several versions of “A Christmas Carol,” but none of them looked like this!”

The production features scenic design by Tim McMath, costume design by Kara Branch, and lighting design by Jennifer Fok. Margaret Montagna is the sound designer; Emmett Grosland is the props supervisor; and Arielle Legere is the Production Stage Manager.

Tickets may also be purchased in-person at the theater a half hour before the performance. The theatre is offering a special “Pay-What-You-Will” performance on December 1 and