With the support of a unanimous vote (9-0) from city's planning board, the project is now underway

The Jersey City Planning Board has approved the Grand Jersey Redevelopment Plan, a project which would make changes to the street grid near Liberty State Park.

With the support of a unanimous vote (9-0) from the board, the project is now underway, featuring a greenway bikeway alley from Grand Street near the Jersey City Medical Center towards the south end of Liberty State Park. 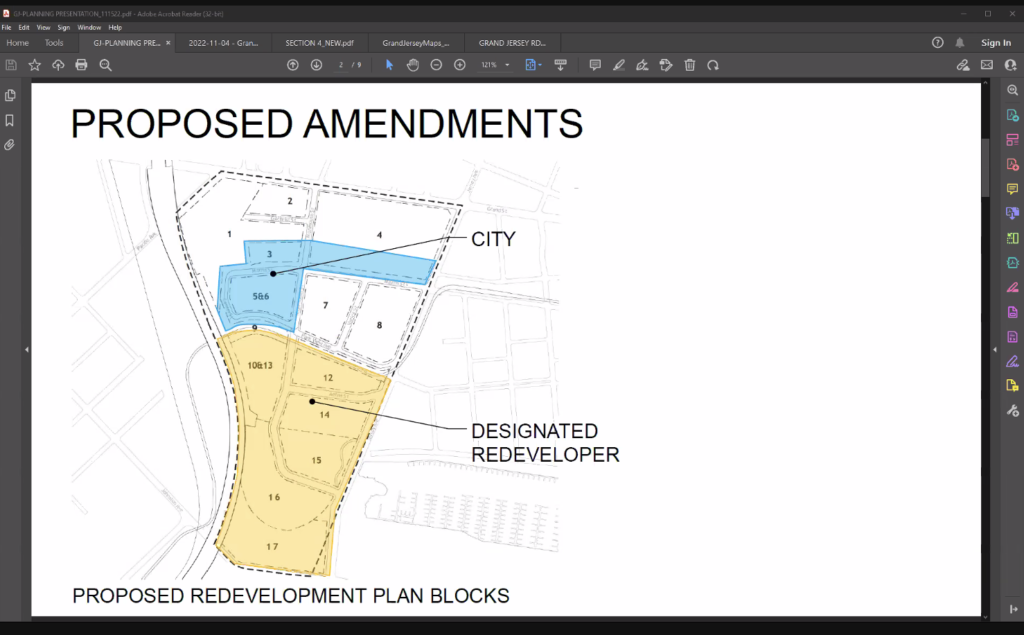 The summary of the project was filed in the city’s agenda “pertaining to an amendment to the Grand Jersey Redevelopment Plan regarding modifications to the street grid and regulating maps, building types, and street sections.”

Liz Opper, who is the city’s Urban Designer, presented the proposal, said the redevelopment plan would make “significant changes to the street grid which would end up changing the shape of the blocks.”

The 9-page slide presentation was filed under G-J Planning Presentation to the city’s planning board.

Opper explained the redevelopment planning amendments are divided into two parts, one being the city-like component of the project and the other a designated redeveloper.

Eugene Paolino, an attorney, discussed how the wide swath of land near LSP would be bisected by the Hudson-Bergen Light Rail in the redevelopment proposal, and the plan would include Mill Creek.

According to Paolino there are three separate redevelopment agreements with the land developer company Argent Ventures. He said discussions had been held with the Jersey City Municipal Utilities Authority along with Jersey City Department of Environmental Protection, Jersey City Redevelopment Agency and the Division of City Planning.

“The changes that you see and that are proposed are a function of what I would call ‘refinements and readjustments’ of the planning as it has progressed over the last four or five years,” said Paolino.

In addition, he said the city had placed requirements under “26 A through Z goals” in order to move forward with the project, and according to Hedyt those goals have been met.

Planning Board Chair Christopher Langston asked for a floor amendment to guarantee protections for all bike lanes. He also said that protections from blocks sold off to other developers were not seen in this plan.

“I know that might not be the intention here but looking at it in black and white I am just tightening this up here,” said Langston.

Paolino said that there was an evident need for flexibility when it comes to registering the number of units per block. He said that this was a contested issue brought up numerous times with the JRCA. “I think there’s a need for the developer to not be so straightened by regulations,” he said.

The board voted on a (9-0) unanimous vote approving the Grand Jersey Redevelopment Plan.